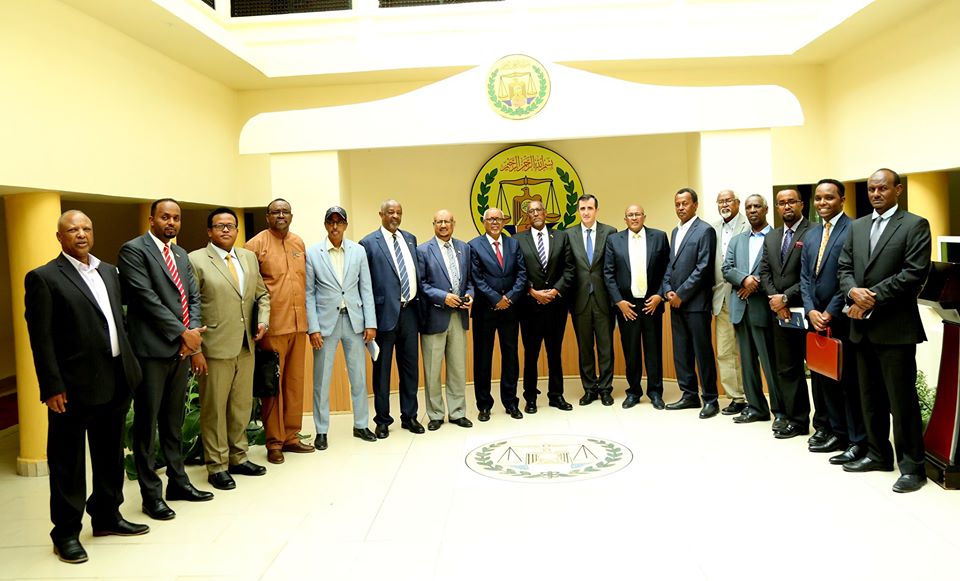 For the first time in the history of Somaliland, Somaliland political parties agreed, Thursday, to let a 17-member technical and legal ‘commissioners’ to hold and decide process, results and announcements of upcoming parliamentary and municipal elections.

Political parties and the government agreed to hold parliamentary and municipal elections before the current year drew to an end – a significant step by itself.

Somaliland parties signed a framework buffing up the legally mandated 7-member National Electoral Commission with another 10 members to be called the Technical Election Management Unit (TEMU), brokered by the EU, at the presidency which brings a troubling elections-related impasse to an end – at least for the moment. 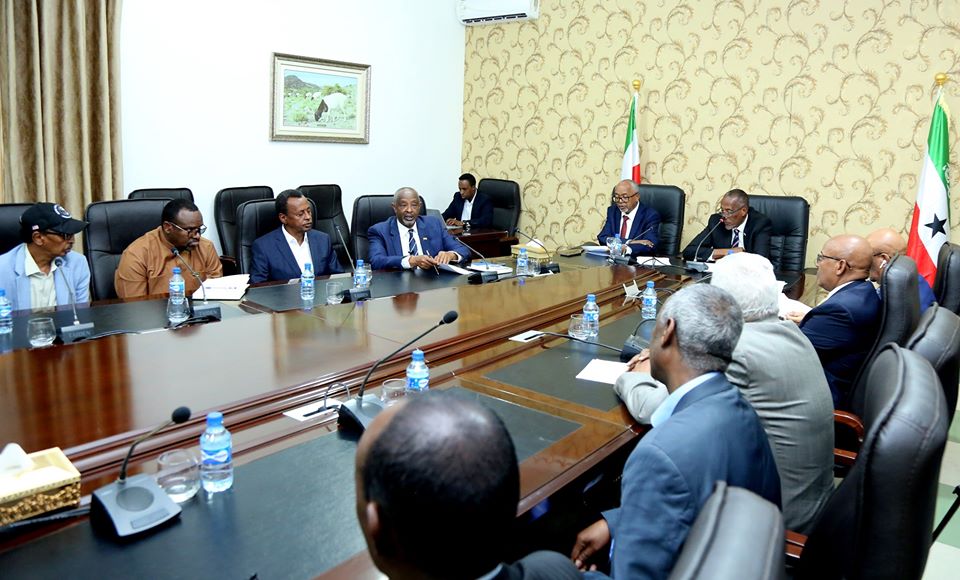 This means that the two opposition parties, who are, together with the President, to be blamed for the new, unprecedented development virtually bringing the nation to its knees, accept both the old and new commissioners to adjudicate election matters despite their vehement opposition to both sets for over two years.

Today the three National political parties reached an agreement mediated by @NBerlangaEU over the long-standing elecotral dispute in the Presidantial palace. It is a very huge land-mark effort for holding both Parliamentary and council elections with in 2020. pic.twitter.com/SKneHTWojz

There are several elements in the new agreement that, according to observers, connote disrespect to existing laws which may be broken or readjusted to situations as they come without processing requisite amendments through mandated legislative bodies.

New to the newly agreed framework, as the active participation of international partners in the day-t0-day operational matters of the election process by naming three representatives to the TEMU.

This addition, as critics contend, can presage further interferences and interventions on the part of the ‘international partners. ‘What if the partners decide at some future point that foreign forces, such as AMISOM, was needed to ‘observe’ peace or enforce it citing any number of reasons’, they point out.

Increasing the number of active commissioners and other voting members to 13 or 14 can, it is pointed out, be a problem by itself since the parties will, potentially, have more members to manipulate or ‘buy’ – which are not as preposterous as they may sound on the outset.

Articles 2 and 5, practically, tell the legislatively-passed, current commissioners to delegate almost all of their mandated duties and tasks to the proposed TEMU team.

Article 5, again,  ‘orders’ the commissioners to hand over duties and powers invested on them by  Articles 14 and 15 of Law No. 20/2001 – the Presidential and Local Councils Law, which leaves the Commission only existent by name and presence.

To resolve disputes arising at any point during the lifespan given to this arrangement, according to Article 6 of the agreed framework, the Supreme Court will be the only authority to pass down a judgment that will not be subject to further appeals.

‘Any dispute arising out of or related to this agreement and any amendment or interpretations to it shall be referred to and settled by the Supreme Court within 14 calendar days. The decision of the court shall be final and binding on the parties without a right of appeal.

And, yet, Article 7 of the agreement stipulates that ‘… Agreement shall be construed and enforced under the Somaliland Law’.

The agreement said nothing of what would happen to the extensions the Upper House of the Somaliland parliament, the Guurti, gave itself and its sidekick, the House of Representatives – central to the elections decided by the framework – end of 2019.

It is the first time the three leaders of the three national parties met face to face after an uneasy period they bandied harsh, accusatory words through the media each side accusing the other of holding up the election process.

Signing this Framework, moving its flip side aside, is by and large a welcome relief to the larger population. It – even if temporarily – lends a sense of continuity to the democratic process most Somalilanders are proud of founding and maintaining with minimal. external intervention – thus far. It, also, ends a meaningless, potentially virulent discord among major political actors who, more often than not, sported for avoidable, disturbing squabbles.

The agreement reached, also, confirms, once more, that Somalilanders have not abandoned their capacity to reconcile differences and patch up frayed relations even when that seemed an uphill – if not an impossible – task. 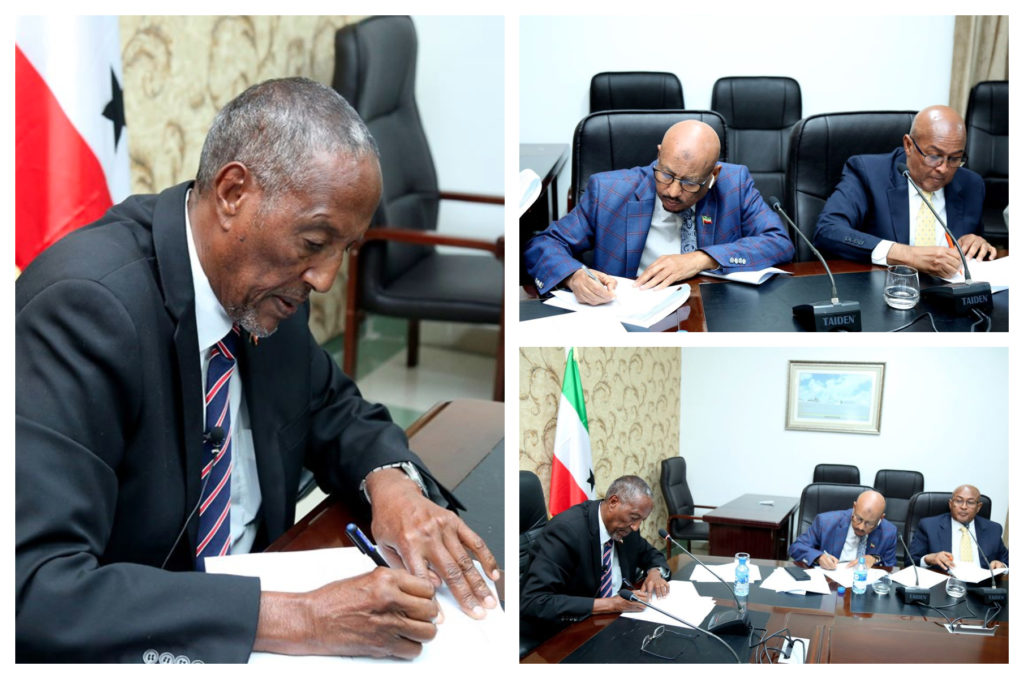 For both government and Kulmiye (ruling party), His Excellency the President of the Republic of Somaliland, Musa Bihi Abdi signed. The honourable chairmen of Waddani and UCID opposition parties, Abdirhaman Mohamed Abdullahi ‘Irro’ and Faisal Ali Hussein, signed, respectively, for the parties they led. 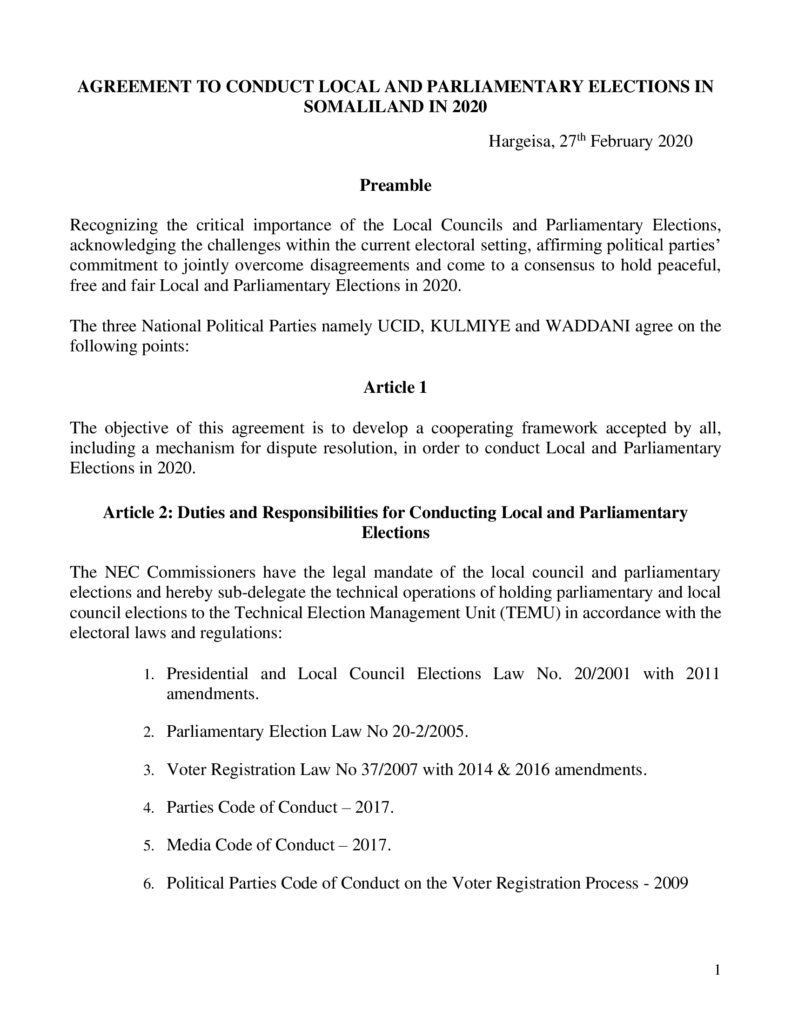 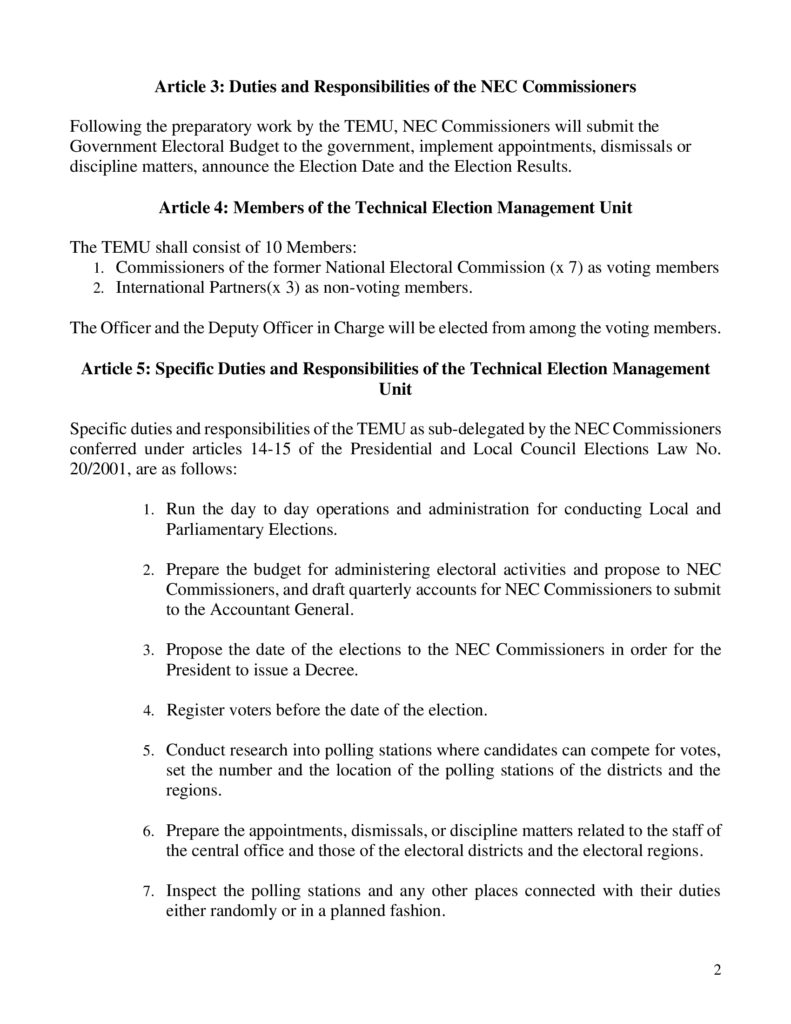 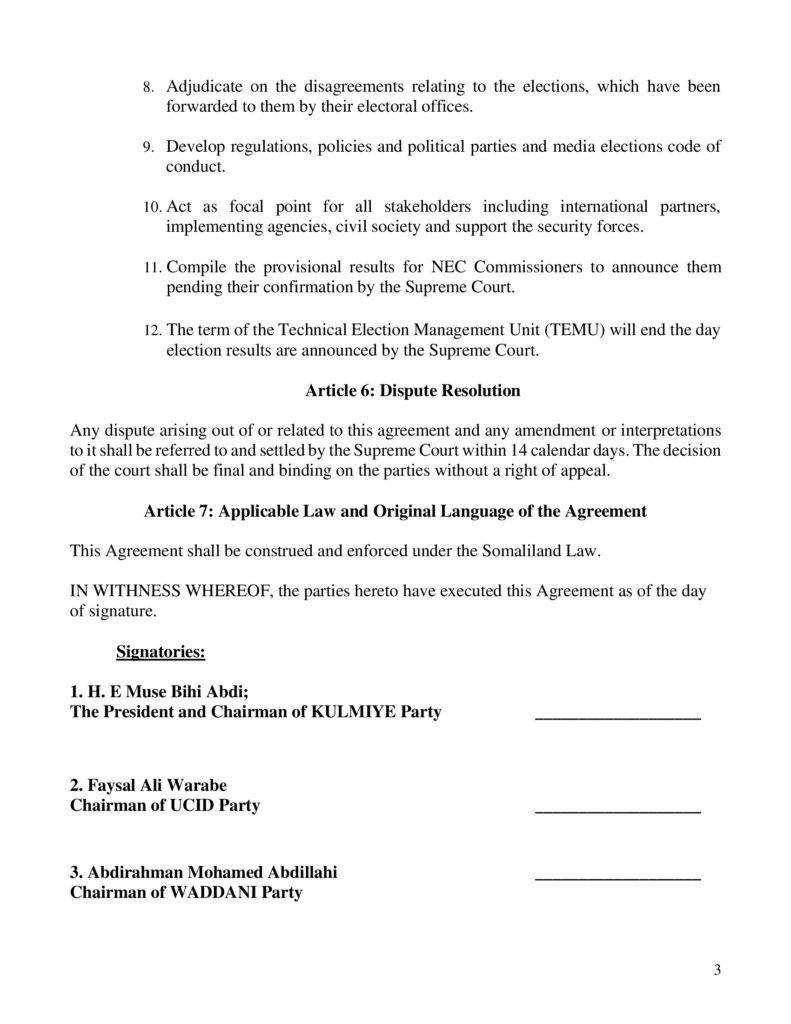 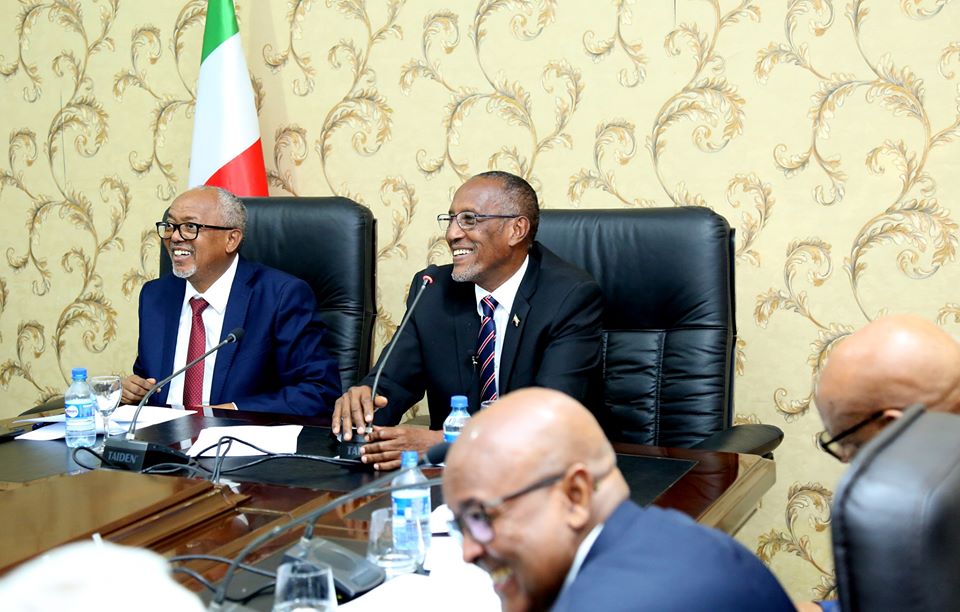 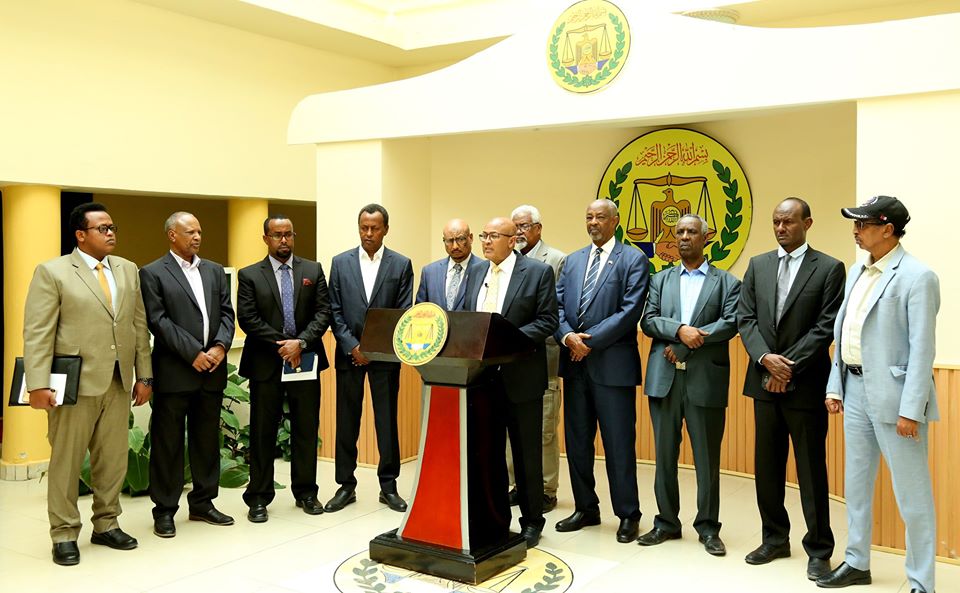 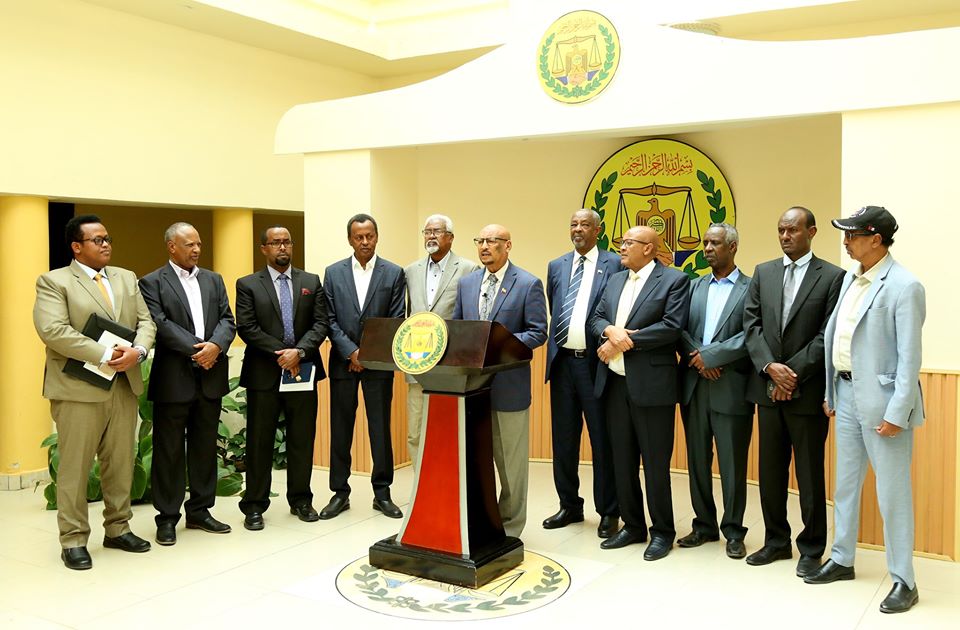 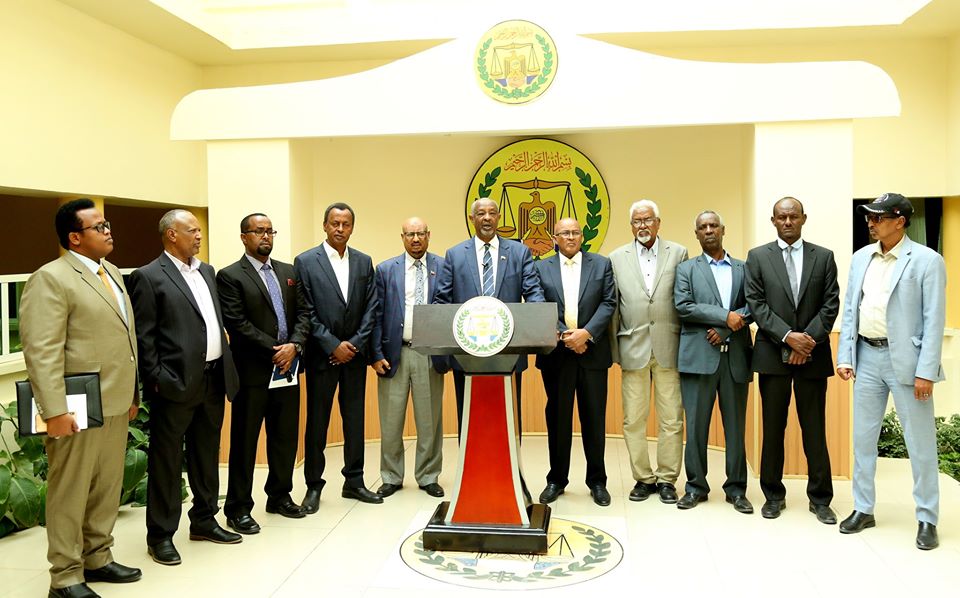 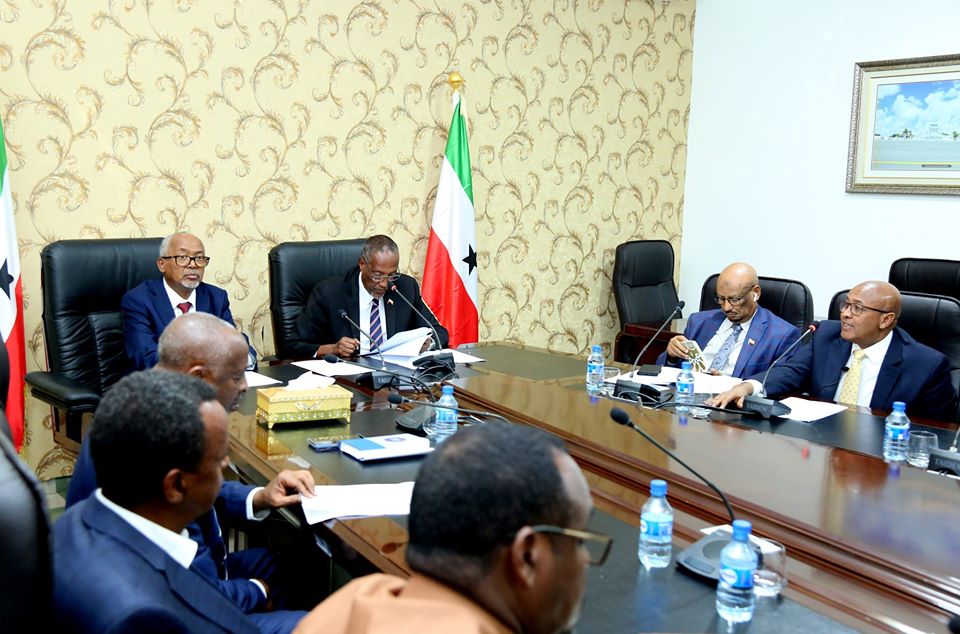