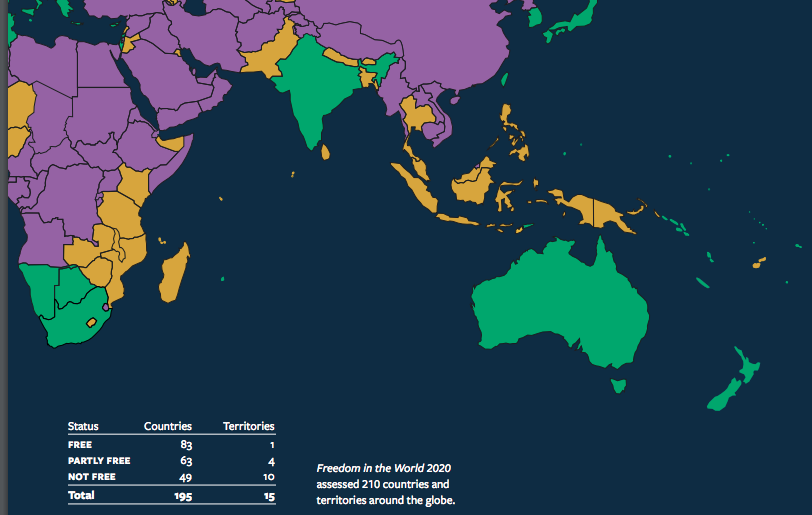 A report titled A Leaderless Struggle for Democracy by Sarah Repucci, published under the banner Freedom in the World 2020  by Freedom House, places Somaliland 49 countries in Africa who are classified as ‘partly free’ at par with Kenya and ahead of both Ethiopia and Djibouti. The Report puts Somalia among the worst 10 in aggregate scores for political rights and civil liberties. 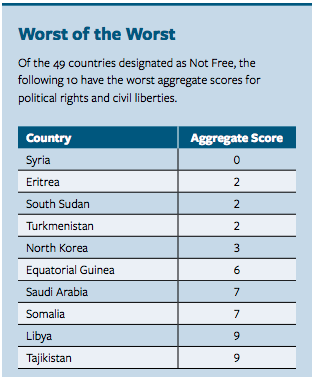 Charting 14 years of democratic decline, the report net gains in democracy was 83 countries and 52 going in decline contrasting a gloomier picture 2019 paints with countries demonstrating measurable freedoms at 37 which sharply accentuated a staggering 64 countries in the world showing net declines.

The Republic of Somaliland is mapped among the ‘partly free somewhere between the established democracies and the ‘decliners’. 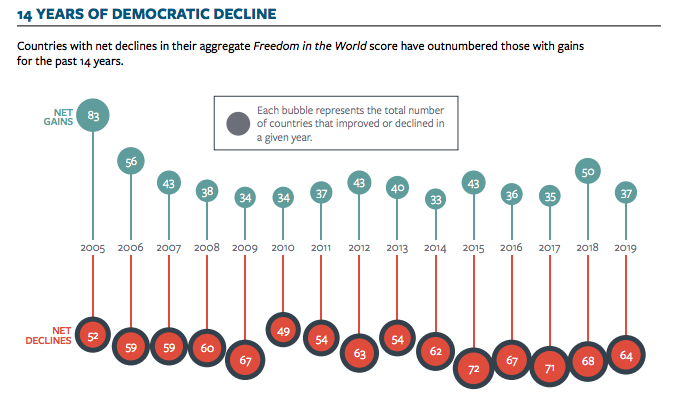 Among the countries which have shown marked differences to better or worse in the 2020 status changes were put as:

More than half of the world’s established democracies deteriorated over the past 14 years. Functioning of government, freedom of expression and belief, and rule of law are the most common areas of decline. 41 countries, who had a ‘Free’ status for 20 consecutive years prior to the beginning of the 14-year decline, suffered, according to the report, overall declines in democracy and basic rights. 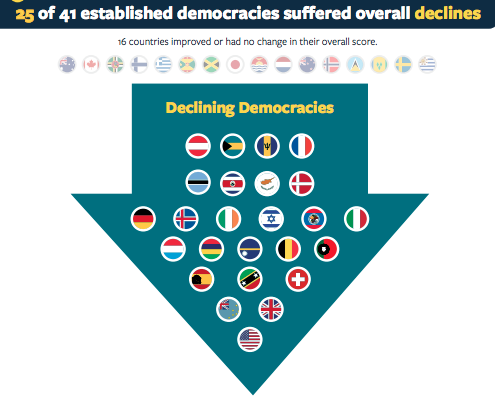 The 14-year changes charted by the report affected covers the sub-categories of Electoral process, Freedom of Expression and Belief, Functioning of Government, Political Pluralism and Participation, Associational and Organizational Rights, Rule of Law, and Personal Autonomy and Individual Rights.