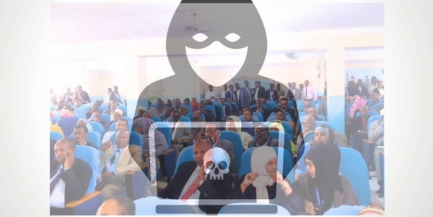 About twenty Federal Republic of Somalia MPs were left in a lurch after a swindler, only identified as Abdalla disappeared with an estimated Ksh6 billion of their money.

An investigation by Somalia-based publication, Hiiran Online, published on March 15, 2020, found that Abdalla founded what ‘investors’ were duped into believing was a forex-trading company under the name Maalin. Maalin was operated out of the bustling Eastleigh estate in Nairobi and Abdalla promised to multiply investors money at unheard of rates – the classic get-quick-rich scheme.

A master at the con-game, Abdalla, was able to convince Somalia parliamentarians, senior Somalia government officials as well as members of the Somali community in the diaspora including Kenyans to pump their money into the scheme. 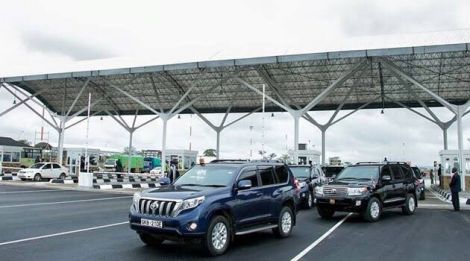 Ksh2 million was the minimal amount required by Abdalla for those interested in joining what has now been confirmed to have been a Ponzi scheme. Records indicate that some individuals deposited amounts ranging from Ksh50 million to Ksh800 million.

Investigations reveal that Abdalla operated 13 accounts with 10 of them managed by company staff while 3 were directly managed by him. All in all, the company had registered 600 members from Somalia, Dubai, Saudi Arabia, US and Kenya before it went bust.

Among these were the aforementioned 20 Somali MPs, but investigations reveal that most of the money came from investors based in Saudi Arabia and Dubai.

Outspoken Lawyer Ahmednasir Abdullahi popularly known as the Grand Mullah in a tweet authored on Sunday, March 15, stated that he had prior knowledge of the scheme he claimed to have been eight years old.

“A huge Ponzi scheme that was popular with the Somali community in Kenya, Somalia and the Somali diaspora has gone under last week in Nairobi,” declared Ahmednasir, adding, “Losses are conservatively estimated at between American $65 to $80 million (Ksh 6.5 to Ksh8 billion). The scheme was eight (8) years old.” 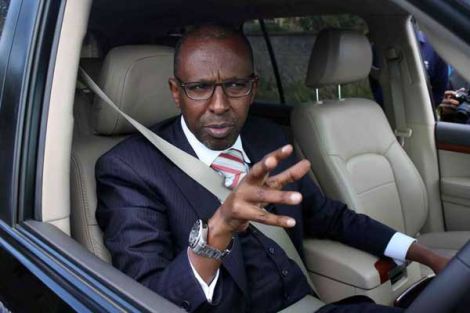 Ahmednasir Abdullahi speaks to the media on December 1, 2015. DAILY NATION

Several Kenyans on Twitter expressed their experiences with the scheme, with some saying they almost lost huge fortunes after being introduced by friends.

“When some well-meaning people raised concerns they said they are just jealous and envious of Somali development!” stated one Bashe.

“I remember being introduced by workmates to one some years back. I lost money and I still laugh at how gullible I was,” Added John Koech.

The man was last seen at the Jomo Kenyatta International Airport (JKIA) in the first week of March where it is believed he was able to leave the country. It would soon be discovered that the company was not registered as a forex-trading company in Kenya, but rather as a clearinghouse – a financial institution formed to facilitate the exchange of payments, securities, or derivatives transactions.

A HUGE PONZI scheme that was POPULAR with the Somali community in Kenya, Somalia & the Somali diaspora has gone UNDER last week in NAIROBI…losses are conservatively estimated at btw American $ 65 to 80 million…@rtnsomalitv @MoradNews @WehliyeMohamed. The SCHEME was 8 yrs old.

With no way of reclaiming their lost fortunes and little avenue to institute legal proceeding against the ghost swindler, the aggrieved ‘investors’ confronted the company’s staff.

“Only $6000 (Ksh600,000) was recovered from all the ten accounts managed by the staff. The man disappeared with $59 million (Ksh6 billion) held in the three accounts he had direct control,” stated a source quoted by Hiiraan Online.

Popularly known as Ponzi schemes or pyramid schemes, the scams are usually set up as fraudulent investment options promising unusually huge returns from money invested.  The name Ponzi scheme was coined after an Italian who pulled off a similar scheme in the US in the early 1900s.

In 2009, Kenya set up a task force specifically to deal with pyramid schemes in the country. The country has yet to implement any particular laws to handle Ponzi schemes.

According to the Central Bank of Kenya, pyramid schemes are not specifically outlawed in the country and all the body can do is alert the public as a moral obligation rather than a legal duty.