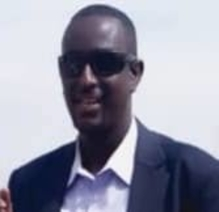 Hargeisa (Somtribune) – Less than three weeks of one another, two high-ranking judicial and security sector officers get killed in target killings at Las Anod, the regional capital of Sool, the Republic of Somaliland.

Abdiqani Guhad Hassan, the regional intelligence chief was shot in front of his house early Monday evening by unknown assailants.

Regional Court Justice, Hassan Sheikh Mohamoud Omar, was also killed on 2 March, another Monday, in the city by a bomb fixed on his car.

Assailants of both officers have not been decisively identified yet although security forces have rounded up a number of suspects investigated for the crimes.

His Excellency the President of the Republic of Somaliland, condoling the nation and the bereaved family of the commander, called the act cowardly as it was indicative of deadly sabotage targeting not only the deceased individuals but the whole nation.

He urged all security branches to spare no effort to apprehend the criminals and bring them to face their just oats at competent courts.

Lt. Colonel Ahmed Abdullahi Abdi, regional police commissioner, speaking to the press Tuesday stated that they were quite hopeful to bring the culprits to justice.

“The region shares boundaries with both federal Somalia and Ethiopia covering a vast area, indeed, but,” he said, “he was confident that they will bring the fresh spate of targeted killings to a quick end”.

Sool region, in general, has not seen the Somalia-style type of killings since 2010.

The alarming revival of killings, this time unrelated to the usual revenge killings, have led some to suspect a Somalia hand. Mogadishu, through Puntland, one of its federal states, has time and again wondered loudly why Somaliland remained save of incessant, seemingly incontrollable killings in Mogadishu – one of the heaviest guarded capitals in the world.

Somalia also laid claim – again through the neighbouring region of Puntland – to Sool, Sanaag and Buuhoodle which are politically, traditionally and historically Somaliland – first as part of the British Somaliland Protectorate and as part of the Republic of Somaliland since 1991 and the restoration of the 1960 sovereignty.