The Committee, on Monday, banned all unnecessary associations of large numbers of people whether it be for social, political or religious purposes.

The Committee also ordered that all day and boarding educational institutions, with the exception of government-managed orphanages, be closed for 4 weeks starting from March 19.

Flights from eight ‘high-risk’ countries, namely China, Italy, Iran, France, South Korea, Spain, Kenya and Somalia, are banned – a directive that will directly and adversely affect travellers originating from, or transiting through, said countries. Except for Somalia, airlines from countries mentioned do not ply the Somaliland trade.

Instead, nothing was said of banning the United Emirates and Ethiopian airlines which have a near-monopoly on Somaliland air.

Nothing was also said about stopping the multi-million import/export trade between the Republic of Somaliland and Federal Ethiopia – an omission that expectedly raised a few eyebrows.

The Committee called all health-trained professional not presently working at either private or public facilities to register for voluntary services and avail themselves for emergency duties when and if the need arises. Likewise, the government put all privately-run medical institutions on standby for government, emergency use where and when necessary.

Mosques were ordered to close ablution and toilet facilities and to contract obligatory prayers to not more than 25 minutes at most. 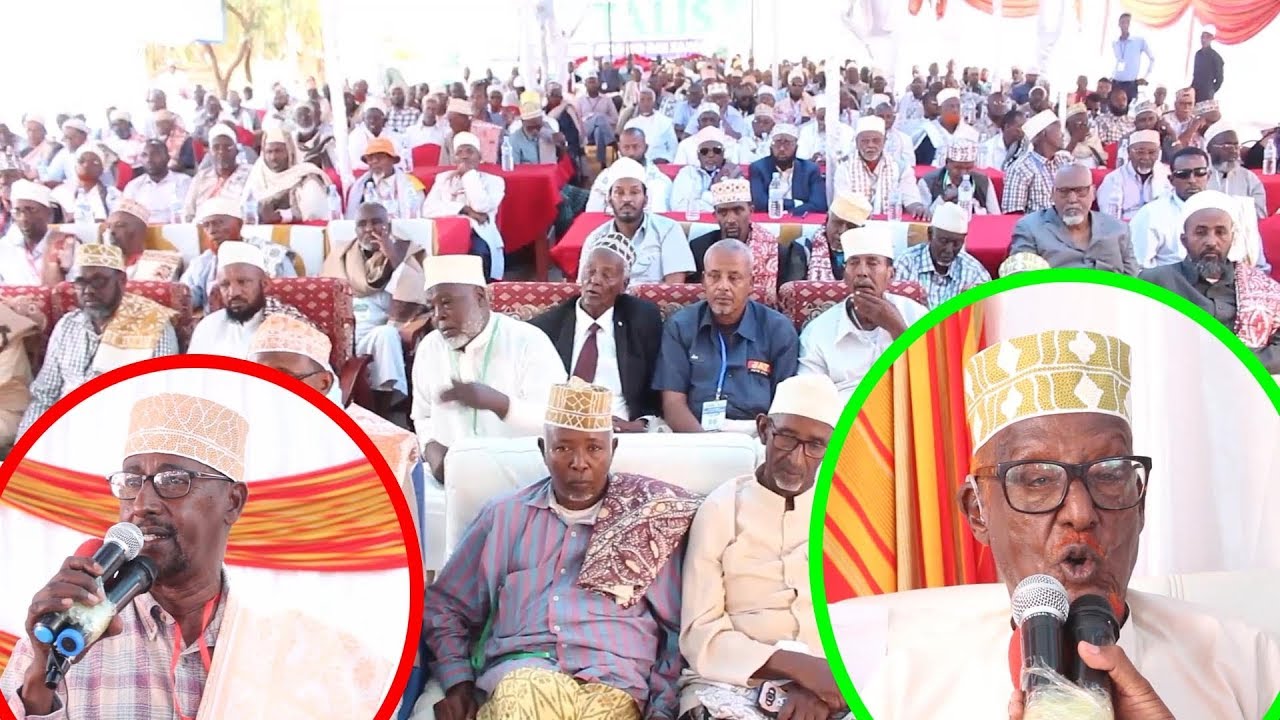 It is not yet clear how the Committee-ordained bans would affect a large traditional conference presently on course at the second-largest Somaliland city of Burao which the government was reportedly not so thrilled with in the first place. 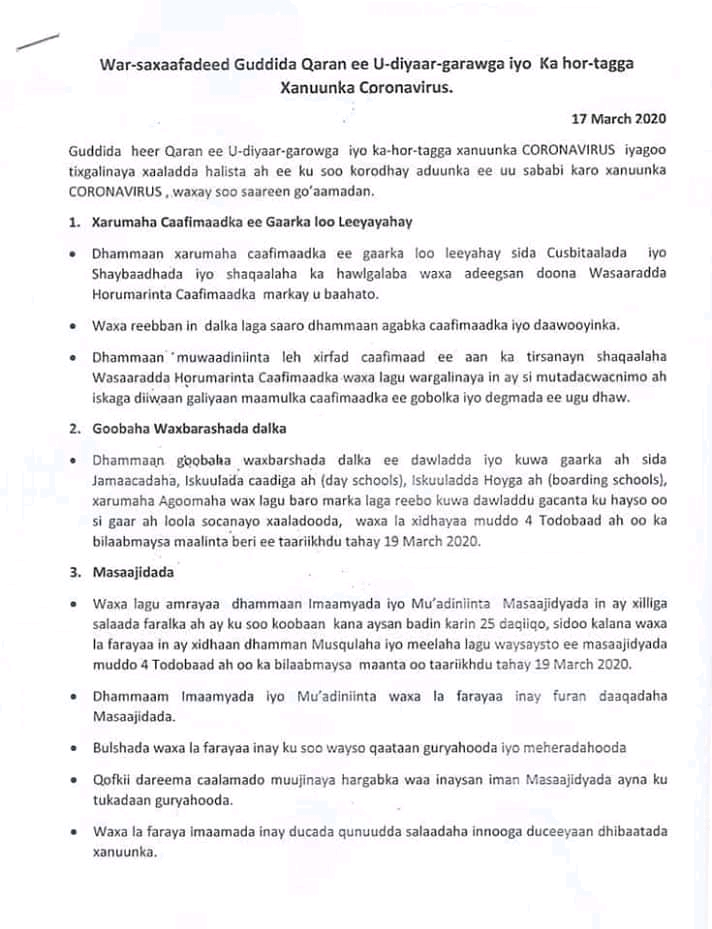 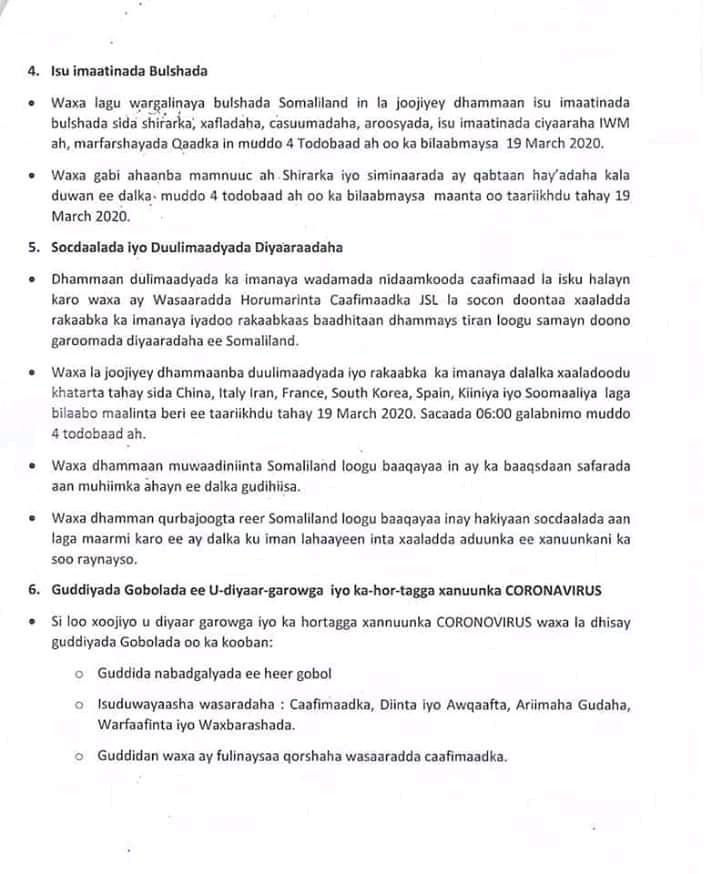