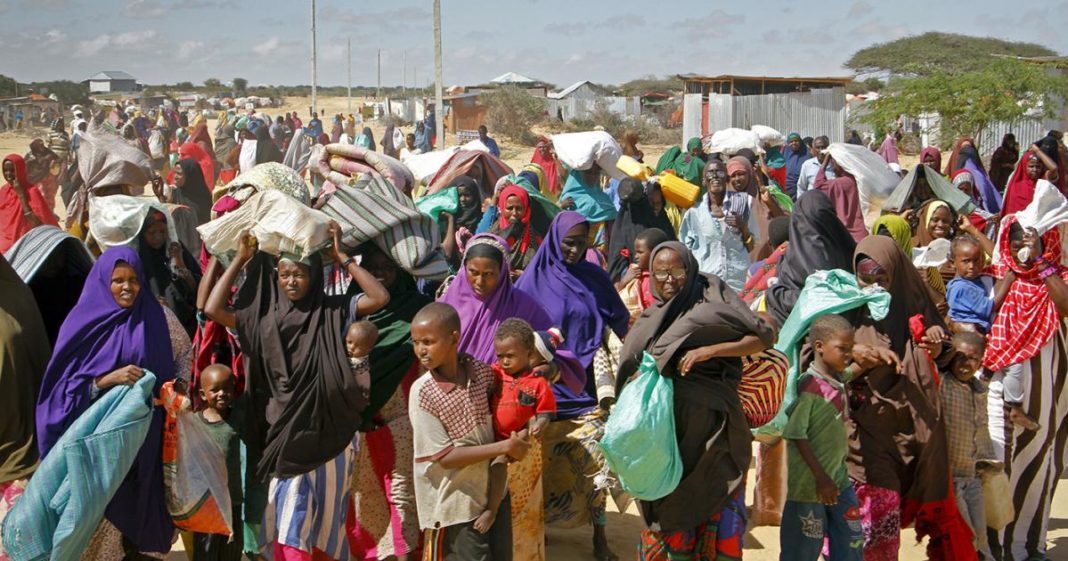 The United Nations Assistance Mission in Somalia (UNSOM) recorded a total of 1,154 civilian casualties by mid-November. Sixty-seven percent of this figure is due to indiscriminate and targeted attacks, the majority improvised explosive devices (IEDs) attacks, by the Islamist armed group Al-Shabab. Inter-clan and intra-security force violence, often over control of land and revenge killings, led to civilian deaths, injuries, and displacement, as did sporadic military operations, including airstrikes, against Al-Shabab by Somali government forces, African Union Mission in Somalia (AMISOM) troops, and other foreign forces.

Federal and regional authorities, particularly in Somaliland, continued to restrict free expression and media freedoms, including by harassing and arbitrarily detaining journalists and perceived critics, and temporarily shutting down media outlets.

Relations between the federal government and the federal member states deteriorated, diverting attention from needed reforms and on occasion resulting in abuses.

In January, when Somalia became a member of the UN Human Rights Council, the federal government expelled the UN head in Somalia, Nicholas Haysom, pointing to a letter in which he had raised human rights concerns around government actions in Baidoa. The government has yet to endorse the list of nominees for the country’s first independent National Human Rights Commission. The government appointed individuals implicated in serious human rights abuses to high-level positions. Positively, Somalia ratified the UN Convention on the Rights of Persons with Disabilities and produced its first report for the Committee on the Rights of the Child.

Abuses by Government and Allied Forces

Somali government forces responded to a handful of largely peaceful demonstrations with lethal force. In May, security forces killed at least one child as students peacefully protested in Beletweyn, following a government decision to postpone exams.

In December 2018, during the run-up to regional presidential elections in Baidoa, Ethiopian forces  arrested Mukhtar Robow, a former Al-Shabab leader who ran for the regional presidency, sparking protests. Security forces, notably police forces, responded with lethal force, killing at least 15 protesters and injuring many others between December 13 and 15, according to the UN. Amnesty International documented the killing of a member of parliament and a child on December 14. Dozens were arbitrarily arrested, reportedly including children.

Dozens of government and security officials as well as former electoral delegates and clan elders who had been involved in the 2016 electoral process, were assassinated; Al-Shabab claimed responsibility for some of the killings.

Al-Shabab  executed after unfair trials individuals it accused of working or spying for the government and foreign forces, with media reporting an uptick in executions mid-year; and extorted “taxes” through threats.

Al-Shabab conducted targeted and indiscriminate attacks against civilians and civilian infrastructure using improvised explosive devices (IEDs), suicide bombings, and shelling, as well as assassinations, particularly in Mogadishu and Lower Shabelle, which resulted in over 750 civilian deaths and injuries, according to the UN.

All Somali parties to the conflict commited serious abuses against children, including killings, maiming, and the recruitment and use of child soldiers.

In 2018, the UN documented more cases of children recruited and used as soldiers in Somalia than in any other country in the world. This trend continued in 2019 as Al-Shabab pursued an aggressive child recruitment campaign with retaliation against communities refusing to hand over children.

Internally displaced women and girls remain at particular risk of sexual and gender-based violence by armed men and civilians.

The UN documented over 100 incidents of sexual violence against girls. The cases of two girls who were gang raped by civilians and died received significant public attention.  Aisha Ilyas Adan, 12, went missing on February 24, and her body was discovered the next day near her home in North Galkayo, Puntland. According to multiple media reports, Aisha was raped, mutilated, and strangled to death. Three men were sentenced to death under Puntland’s 2016 Sexual Offences Act, which includes death penalty sentences for “aggravated” cases of rape. Human Rights Watch opposes the death penalty in all cases.

The Somali penal code, currently being revised, classifies sexual violence as an “offence against modesty and sexual honor” rather than as a violation of bodily integrity; it also punishes same-sex intercourse. The federal Sexual Offences Bill has been submitted before parliament, but had yet to be debated at time of writing.

Freedom of Expression and Association

The federal government, regional authorities, notably in Puntland and Jubaland, and Al-Shabab continued to intimidate, harass and attack journalists. While Somali authorities seldom investigate cases of killings or attacks on journalists, a Somali media organization reported that the military court in Mogadishu in absentia sentenced to five years a police officer for the July 2018 killing of cameraman Abdirizak Kasim Iman.

Two journalists, Mohamed Sahal Omar and Somali-Canadian Hodan Nalayeh, were killed in a July 12 Al-Shabab attack on a hotel in the southern port city of Kismayo.

In September and October, authorities in Puntland repeatedly harassed journalists at Daljir Radio after the station reported on alleged arbitrary arrests and mistreatment of detainees, including the alleged death in custody of one detainee as a result of mistreatment, by Puntland security forces.

In late May, the police detained for three days Ali Adan Munim, reporter at the private Goobjoog media outlet, citing Facebook posts in which Ali criticized National Intelligence and Security Agency (NISA) treatment of detainees and had said he had obtained copies of national exams. He was accused of insulting public officials, disrupting government work, and spreading propaganda.

The humanitarian crisis in the country continued due to the ongoing conflict, violence, and increasingly frequent drought. The UN explicitly linked the humanitarian situation to climate change, among other factors. It declared that  2.1 million Somalis face acute food insecurity, as of late September, many of them children and internally displaced.

The UN and Norwegian Refugee Council also reported that over 300,000 people had been newly displaced as of September. These individuals  faced serious abuses, including sexual violence, forced evictions, and limited access to basic needs such as food and water. According to humanitarian agencies, over 173,255 people had been evicted, most forcibly, by August 2019, primarily in Mogadishu.

Humanitarian agencies face serious access challenges due to insecurity, targeted attacks on aid workers, generalized violence, and restrictions imposed by parties to the conflict. Al-Shabab continues to prohibit many nongovernmental organizations and all UN agencies from working in areas under its control, blockading some government-controlled towns.

The Somaliland government severely restricted reporting and free expression on issues deemed controversial or overly critical of the authorities.

There was a significant  number of arbitrary arrests of journalists and temporary closure of media outlets. On February 10, the regional court in Hargeisa suspended the Foore newspaper for one year and fined the editor, Abdirashid Abdiwahab Ibrahim, 3 million Somaliland shillings (US$300). The newspaper was accused of spreading misinformation after it reported on the building of a new presidential palace in Hargeisa. The ban on Foore was lifted in August.

After the Somali government expelled special representative of the secretary-general Haysom, the UN suspended its monthly reporting on human rights issues.

In August, six UN Security Council member states blocked a bid by Kenya to impose additional counterterrorism sanctions on Al-Shabab that could have jeopardized the delivery of humanitarian aid.

International donors supported the establishment of a new civilian court and prison complex in Mogadishu. At time of writing, the court’s mandate remained unclear, and no juvenile facilities set up.

The competition between UAE and Qatar over political and economic dominance in Somalia continued to exacerbate intra-Somalia tensions, both between Mogadishu and federal states, and with Somaliland.