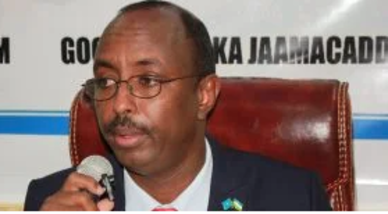 At a time the President of the Federal Somalia State of Puntland, Saeed Abdullahi Deni, announced that he had accepted to visit Mogadishu to meet with federal Somalia leaders, the state banished four federal ministers from its soil. 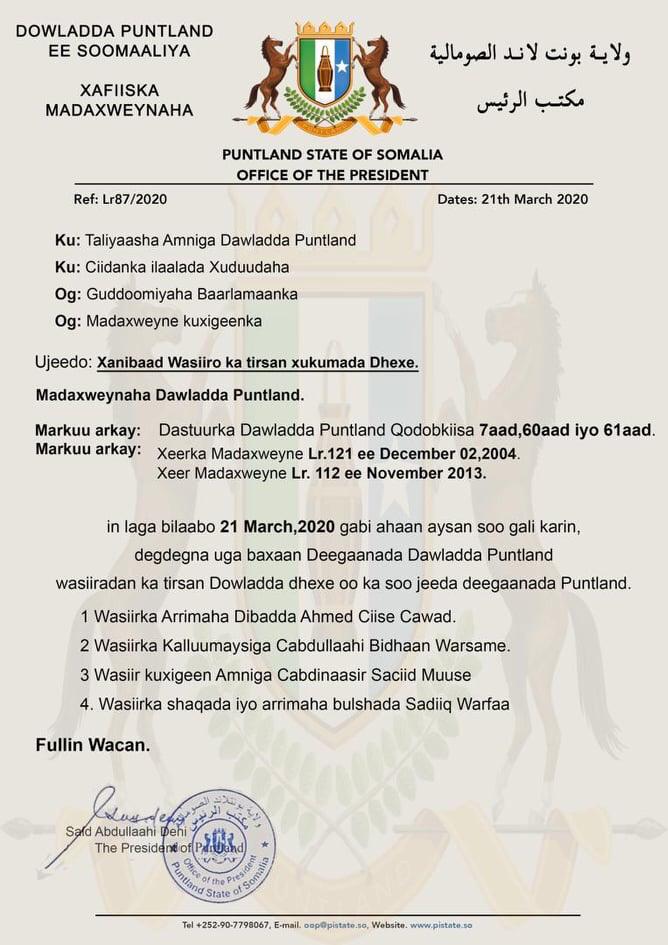 The Puntland Minister for Interior, Mohamed Abdirahman ‘Dhaban’ad’, later, elaborated on his leader’s decision, saying that the federal ministers grossly abused the hospitality accorded them and that their protest had no bearing on the outcome.

“The Ministers were only here as ceremonial participants. They,” he said, ‘had no useful role in the conference at all”.

The Ministers, on March 20, attacked parts of a communique which brought together ministers, MPs, ex-statesmen, business people and prominent members whose ethnic ancestry went back to Puntland areas held from 15 to 19 March in Garowe.

The ‘Consultative Conference’ pointed out that Puntland was disturbed by how Villa Somalia was sidetracking the ‘federal’ system and the principles it stood for the benefit of its incumbent leaders.

The four ministers failed to enlist the support of other ministers and MPs who, along with them, represented the region at the federal level attending the conference. Mohamoud Hayir, Federal Somalia minister of state for Finance, was among those who turned their back on Minister Awad and his group.

Hayir, a day earlier, promised Puntland federal support if it attacked the Republic of Somaliland and ‘recaptured’ regions Puntland and Somalia laid claim to because of their ethnic affiliation to them.