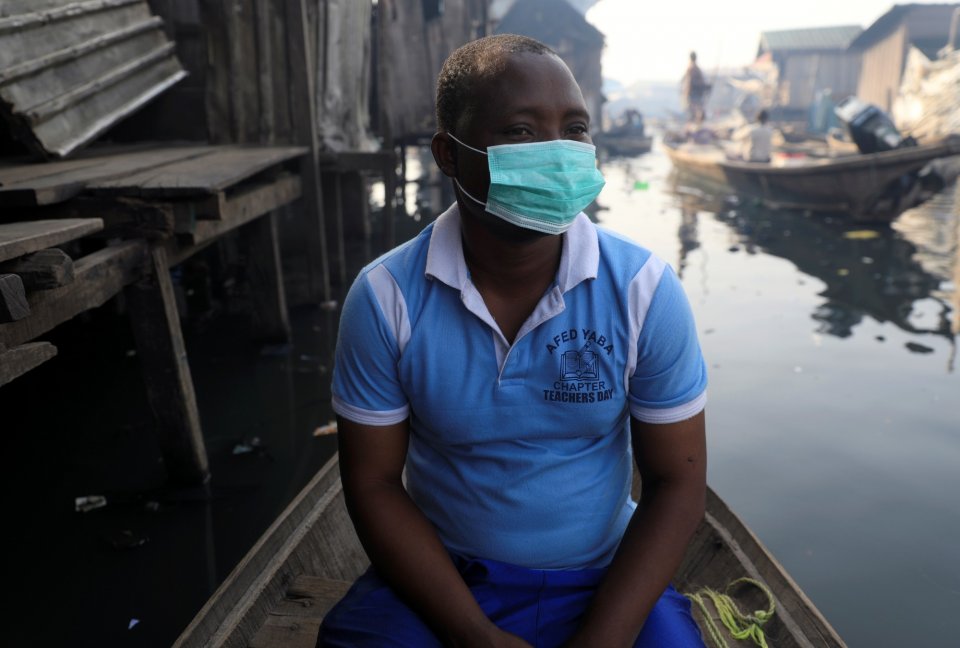 Somaliland’s lack of diplomatic recognition often translates into international neglect, but sometimes, models for proper and proactive management can come from unexpected places.

Africa—with dense megacities, poor health infrastructure, and heavy Chinese investment—remains a growing coronavirus [COVID-19] concern, even as African governments respond aggressively to the public health threat. East Africa, especially, is at risk because the coronavirus pandemic coincides with the arrival of locust swarms disrupting agriculture and the economy. On March 23, I had the opportunity to reach Omar Ali Abdillahi, Somaliland’s minister of Health, by email to talk about how the world’s most diplomatically isolated state had managed so far to remain ahead of the coronavirus curve: While all neighboring states now report coronavirus, the impoverished but progressive Somaliland region has so far been able to prevent an outbreak.

Somaliland is an unlikely success. When Siad Barre ruled Mogadishu with an iron fist, he waged a campaign of genocide against the Isaaq clan in Somaliland, using air and artillery bombardment to destroy 85 percent of its capital Hargeisa. When rebel forces finally forced Siad Barre to flee in 1991, the Somali state collapsed into chaos. Somaliland, though, remained largely peaceful. It re-asserted its 1960 independence, although no other country recognizes its independence. Nevertheless, it controls 460-miles of coast along the Gulf of Aden, and land borders with Djibouti, Ethiopia, and Somalia. Somaliland is easily the most pro-American state in the Horn of Africa. While Somalia has not held a free one-man, one-vote election, in more than a half century, Somaliland has held five, secured by biometric iris scanning to ensure voter legitimacy. The unrecognized country is a regional leader in telecommunications and mobile money, and remains free from the terrorism and violence that afflicts Somalia, Ethiopia, and other regional states.

Somaliland’s Health System Gears up for the Coronavirus Fight

That said, the health system has lagged behind. Abdillahi described the situation at the time of its reassertion of independence. “The healthcare system had totally collapsed and most senior health professionals and specialists were either killed or forced to leave the country [because of Siad Barre’s genocidal campaign]” he said. “Most major hospitals and other important health institutions such as nursing schools were partially or totally destroyed.”

Today, there have been major improvements but Somaliland’s diplomatic isolation harms its development. Just as China uses diplomatic and economic tools to smother Taiwan, and the Turks try to cut off Syrian Kurdistan’s links to the world, so too does Somalia try to punish Somaliland, not only refusing to distribute international and development aid to it, but also demanding all NGOs cease operations in the region. Over the past couple of years, authorities in Mogadishu have even tried to curtail air travel to the peaceful region to make its isolation complete. This has led to deficits in healthcare. “In certain regions, healthcare services that are being demanded by the public are not available due to lack of equipment, medicine and the right professionals,” Abdillahi said. Today, there are twenty-six hospitals for 3.5 million people. “However, all hospitals are suffering from huge shortages of essential equipment,” he said.  In 2016, the World Health Organization assessment found that only 52 percent of Somaliland health facilities had basic equipment.

Pandemics know no borders, and so ignoring Somaliland’s needs at a time of health crisis could reverberate far beyond its borders, especially as Ethiopia, its largest trading partner, is home to more than 105 million people. Fortunately, the World Health Organization (WHO) takes a regional approach to the Horn of Africa and so there remains good cooperation with Somaliland authorities. While Ethiopia and Djibouti are cooperating on border protocols and health checks, asymptomatic cases can spread the virus. The Somaliland Health Ministry’s National Public Health Emergency Preparedness and Response has put up information posters at all border crossings, and also developed radio and televisions spots to ensure the public understands prevention procedures and reinforces hygiene. There are regular televised question and answer programs about the disease with health authorities, and radio broadcasts basic information about COVID-19 prevention before all new broadcasts. All city and intra-city buses now display posters with basic information. The government has also established quarantine facilities to ensure anyone exposed cannot spread the disease upon arrival. The fact that so many Somalilanders use digital payments rather than cash may also retard disease spread.

Because the Ministry of Health does not have the capacity to address the coronavirus pandemic fully, Abdillahi argued, “It is the responsibility of the international community to support Somaliland.” While Somaliland has yet to confirm any cases, the likelihood is the country will not remain immune: neighbors Ethiopia, Somalia, and Djibouti have all reported cases.

“Our hospitals need respiratory ventilators, oxygen generators, personal protective equipment, disinfectants, gloves, gowns, masks and consumables. Most of our hospital have no functioning intensive care units [ICUs] except the Hargeisa referral hospital, which can serve limited patients. If, God forbid, cases of COVID-19 presented in hospitals, it is Ministry of Health’s constant preoccupation about how to manage cases when there are no functioning ICU units.”

He also identified a lack of ambulances necessary to transfer cases from outlying regions to hospitals, as well as a lack of testing capability. “We currently have a single polymerase chain reaction [PCR], but it is apparent that each region requires at least 25 to 30 PCRs, and rapid test kits of COVID-19,” he said.

Despite the lack of material resources, the Somaliland government has been proactive. After the World Health Organization declared COVID-19 to be a global health emergency, Abdillahi established a National Task Force to coordinate efforts in early detection, surveillance, risk communication and infection control. In addition, the president, minister of religious affairs, and minister of education all worked together on emergency response efforts. Religious authorities have used Friday sermons to disseminate information further. The cross-collaboration was key to stemming local spread and ensuring a unified response. It also serves as a model not only for the Horn of Africa, but also in the Middle East. In Iran and Iraq, after all, lack of coordination with religious authorities enabled the virus to spread broadly; Somaliland had no such disconnect.

With the coronavirus pandemic gaining speed in Europe, the United States, the Middle East, and Africa, there is little good news. Most experts see the situation getting worse before it gets better. Somaliland’s lack of diplomatic recognition often translates into international neglect, but sometimes, models for proper and proactive management can come from unexpected places. That said, Somaliland cannot afford to rest on its laurels, nor should the international community translate lack of formal diplomatic relations into critical neglect.

Michael Rubin is a resident scholar at the American Enterprise Institute, where he researches Arab politics, the Gulf Cooperation Council, Iran, Iraq, the Kurds, terrorism, and Turkey. He concurrently teaches classes on terrorism for the FBI and on security, politics, religion, and history for U.S. and NATO military units.