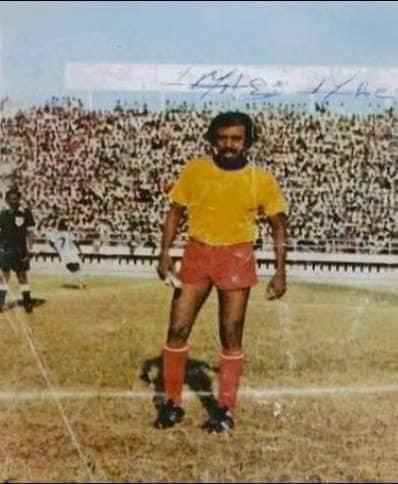 Captain Saeed Mohamed Duale Hogsade, one of the best superheroes in soccer during the late ’60s o mid-80s passed away peacefully in Aden, Yemen, Wednesday, following a brief illness. 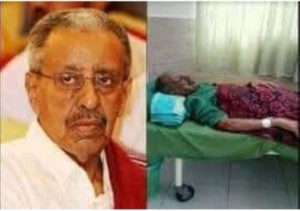 He was buried where he was born 69 years ago at the Qadi’i cemetery after funeral prayers were conducted at the Ihsan Mosque of Dhawila, Crater District, Aden.

Yemen, since Duale passed on, has forgotten most of its woes and continued anguish as a war-ravaged country, remembering a hero the likes of whom the nation had little hope of recovering.

His Excellency the President of Yemen, Abdou Rabbi Mansour, was the first to express the pain and sorrow his nation felt at the sorrowful loss of such an illustrious figure.

President Mansour shared condolences with the family, friends and fans of the late Duale in a televised newsreel read out by Aden TV Thursday.

Likewise the President of Federal Somalia, Mohamed Abdullahi Farmajo conveyed his condolences to Duale’s family by telephone connecting with the deceased superhero’s family in Aden.

Colonel Saeed Ismail was one of his closest friends and a fellow former teammate from Aden, too.

“Never in history have I seen a more adept player. None of the present-day soccer legends can ever compare with him: Maradona, Ronaldo, Messi, Christino Ronaldinho…none,” he said. 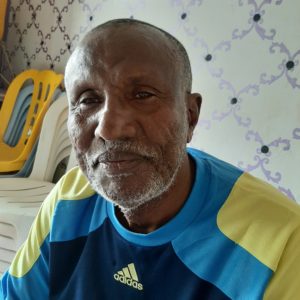 Captain Duale, with his brother Hussein – another top-notch national squad player,  fled the Yemeni civil conflict, arriving in  Somalia in 1968.

When he first joined the police forces. General Mohamed Abshir made him a first lieutenant on merit of his skills.

“Never would the world see a man running at 100 not pausing a sec to score but scoring nonetheless without the least deflection. His two feet and head were his best friends at the pitch. No goalie stood a chance against a miracle like him,” Col. Saeed said. Also, in the same team was Saeed’s younger brother, Mohamed, also from Aden and among those who fled to Somalia in 1968, same as Saeed Duale and his brother, Hussein.

Both of them joined Horseed  –  the champions club made up of top military and police players.

From there on, Horseed started defeating soccer giants: Kenya, Egypt, Saudi Arabia, Italy, Uganda..and so on. Captain Saeed was always the lead scorer.

Their father, Mohamed Duale, was a player with Husseini – the club that also weaned them in their city of birth.

Captain Duale, according to his former teammates on the Somalia national team and Horseed, was a player whose skills were rarely seen in Africa and the Arabian Peninsula. 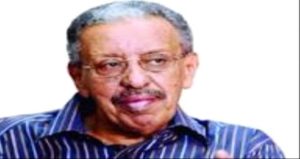 “An Italian coach of ours,”  a defense player who played against him in the ’70s reminisced, “tried to whisk him to Italy to play with of one of the leading clubs of the Liga. The Revolutionary regime quashed the attempt as it did not wish to lose him to any other side”, Seyga Ruushka, a defender with Jeenyo premier division said.

Seyga added if the move was made as the coach wished at that time, Captain Duale’s fame would been etched in halls of fame all over the world.

“He was a striker no defender to face him would slip wink. He was that kind of a giant..in that niche of super strikers whose three shots at goal never ended without scores: if not all three at least two,” he added.

“When everyone else was covered with mud and grit at the end of a match, one would think Duale just joined them from the bench and not the man of the match hitting the net moments ago. You would not see a speck of dust. He only needed to find the ball even if it was three times only out of the 90 minutes. Those three times, to be certain, would convert to at least 2 goals. That is all he needed,” he said.

Duale won ‘Best Africa Player of the Year’ twice during those years.

Duale played most of his years with the Adenese champions Al Talal, leading them to victories never seen by the club before or after him. 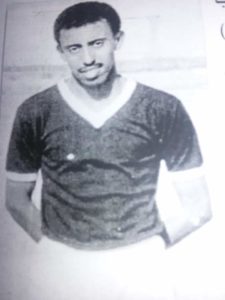 Aden Times, writing of his sad death, wrote that Yemeni soccer saw its heyday while Duale was among its superstars.

“Captain Saeed Duale is considered one of the best footballers in Aden in the middle of the last century, specifically the period of the sixties and seventies, the golden period and the beautiful time of football in Aden, and that period witnessed the emergence of Captain / Saeed Duale along with a glittering constellation Among the local stars who emerged during this period and were able to form the first nucleus in the establishment of Aden and Aden football in particular,” it eulogized.

He was that kind of player who was accepted as the No. 1 striker for both Yemeni and Somali national teams – leading both to memorable feats without him it would have been difficult even to dream of.

In 1975 he travelled to the UAE where he signed a one-season contract with the Wahda during which his talents led the club to outshine its competitors.

In 1977-78 he played for the famous Egyptian Zamalek where, again, his skills earned him the adulation of the club’s sea of fans. 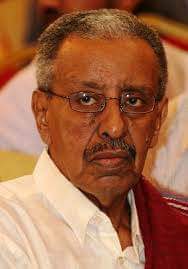 His skills, according to fans in Somalia, Yemen, the Emirates and Egypt, who had the honour to watch him play, earned him an indelible fond spot etched in memories without fading for a moment even after 4 decades of his time on the pitch.

Besides his father, the late Mohamed Ahmed Zeydi, dubbed the “Soccer god’ in the ’50s in the same city, and another Somaliland-born star who was also, as Duale, a Yemeni by upbringing and education, was an idol who influenced Duale’s rise to fame during his formative years.

Zeydi, who served as a Somaliland MP in the early and mid-90s is still remembered as the player and athlete who won 16 medals in one year on varied disciplines which included soccer (as striker and captain), sprint, high jump, long jump, and hockey.