SomTribune
Home Social Issues Health After Trump Suspends Payments to WHO, Other Countries Rally Behind the Agency 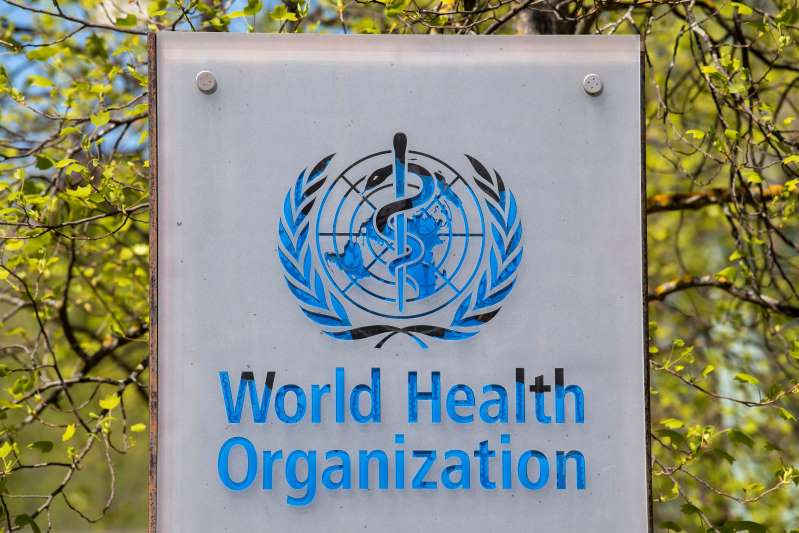 President Trump’s decision to temporarily suspend payments to the World Health Organization (WHO) in response to its handling of the coronavirus pandemic triggered international statements of support for the United Nations agency on Wednesday.

While Trump’s criticism of the WHO is being shared by others, who argue that the agency is unwilling to hold Beijing sufficiently accountable for its mistakes, close U.S. allies said Wednesday they vehemently disagreed with a suspension of payments and were not planning to follow suit.

Australian Prime Minister Scott Morrison echoed concerns voiced by Trump and others by saying the WHO is “not immune from criticism,” but he added that the organization “does a lot of important work.”

In Japan, where Deputy Prime Minister Taro Aso suggested last month that the WHO might have to change its name to the “Chinese Health Organization” amid criticism of the agency, the country’s chief cabinet secretary, Yoshihide Suga, said Wednesday that Japan would continue to cooperate with and fund the WHO.

New Zealand Prime Minister Jacinda Ardern rejected Trump’s criticism more forcefully. “At a time like this when we need to be sharing information and we need to have advice we can rely on, the WHO has provided that,” she said. “We will continue to support it and continue to make our contributions.”

Many traditional U.S. allies see Trump’s move as an effort to score domestic political points at the cost of weakening international agreements and entities. During his presidency, Trump has attacked or withdrawn from U.N. bodies such as UNESCO and the Human Rights Council, frequently stunning and angering U.S. partners in Europe.

“It’s a decision that we regret,” French government spokesman Sibeth Ndiaye said Wednesday of the U.S. suspension of payments to the WHO.

German Foreign Minister Heiko Maas wrote on Twitter that “apportioning blame doesn’t help” and called for increased support for the agency on Wednesday. The British prime minister’s official spokesman said the WHO is an essential global organization fighting a global pandemic, “and we have no plans to stop our own funding.”

The European Union foreign policy chief sharply criticized the decision, saying it would undermine the global response to the pandemic. “Deeply regret US decision to suspend funding to @WHO,” Josep Borrell wrote on Twitter. “There is no reason justifying this move at a moment when their efforts are needed more than ever to help contain & mitigate the #coronavirus pandemic. Only by joining forces we can overcome this crisis that knows no borders.”

In what appeared to be a veiled response to Trump’s funding suspension, WHO Director General Tedros Adhanom Ghebreyesus wrote Wednesday that there “is no time to waste” and that the organization’s “singular focus is on working to serve all people to save lives.”

Trump’s move has predominantly been seen by his critics in the United States as a ploy to distract from criticism of his own handling of the crisis — a point that was widely referenced abroad on Wednesday.

The chairman of the Russian State Duma’s foreign affairs committee, Leonid Slutsky, called Trump’s move “absolutely harmful” on Wednesday and an example of “egoism and the politicization of Covid-19.” The move was aimed at blaming others for U.S. failures, said Russian Foreign Ministry spokeswoman Maria Zakharova.

Meanwhile, a Chinese government spokesman on Wednesday praised the WHO as playing an “irreplaceable role” in the global public health crisis, adding that the U.S. payment suspension “will weaken the WHO’s capability and undermine international cooperation.”

The logo and building of the World Health Organization (WHO) headquarters in Geneva, April 15, 2020. (Martial Trezzini/Keystone/AP)As countries such as Russia and China are now rallying behind the WHO, there are mounting concerns that Trump’s move could derail rather than encourage reforms within the agency.

U.N. Secretary General António Guterres appeared to acknowledge the looming debate on Tuesday, saying “it is possible that the same facts have had different readings by different entities.”

“Once we have finally turned the page on this epidemic, there must be a time to look back fully to understand how such a disease emerged and spread its devastation so quickly across the globe, and how all those involved reacted to the crisis,” Guterres said. But he added: “Now is not that time.”

By ignoring those warnings, Trump’s critics fear, the president is risking an escalation with an agency that many consider critical to public health efforts around the world.

In the impoverished Gaza Strip, where the health-care system struggled to provide services even before the pandemic, authorities have relied heavily on the WHO during the current crisis. The agency has supplemented a system that had fewer than 70 ventilators when the first positive coronavirus cases popped up among residents returning from outside the enclave.

Health officials have warned that an uncontrolled outbreak in its crowded camps, which lack clean water and reliable electricity, would be devastating. Medical professionals said Trump’s move could cost lives.

“This is an insane decision,” said Medhat Abbas, director general of primary care at the Palestinian Ministry of Health, who emphasized that he was speaking as a physician and not for the ministry. “WHO might be right or wrong — it is run by human beings — but it has saved the world many, many times over the past years.”

© Khaled Abdullah/Reuters A doctor stands by an old ventilator during the installation of new ventilators recently provided by the World Health Organization, at the intensive care ward of a hospital allocated for coronavirus patients in Sanaa, Yemen, April 8