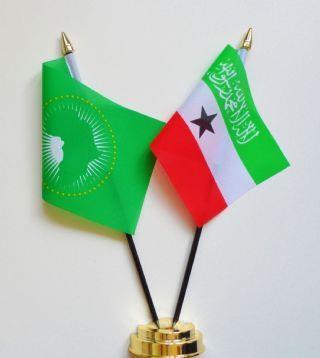 It is now thirty years since Somaliland declared its separation from Somalia but the population still wonders why it is taking so long for this former British protectorate to be recognized.

We know that foreign recognition is a challenge but we are not aware of the parties other than Somalia that are the stumbling stone in this regard.

Frontline countries appear to have been pacified given the latest interactions with Somaliland officials. The most relevant regional organization in the issue is the AU and they had their say back in 2005 when they sent the fact-finding mission and said in their conclusion that Somaliland was “unique and self-justified in African political history”.

In the Cairo resolution regarding African Borders in 1964 this was agreed upon:
AHG/Res. 16(I) BORDER DISPUTES AMONG AFRICAN STATES
The assembly of Heads of State and Government meeting in its First Ordinary Session in Cairo, UAR, from 17 to 21 July 1964:

That union did not live a year after that declaration.

Read: resolutions adopted by the first AU ordinary session of the assembly of heads of state and government held in Cairo

We know that Somaliland’s Independence Day was the 26 of June 1960 and their borders back then are not disputable.

We also know that Somalia took independence on 1st of July 1960 and their borders back then are clear.

The two sides went into a union which is not hitherto supported by an act of union duly signed by the two sides.

In the backdrop of all the foregoing one is left with mindboggling questions like where are we inadequate in our engagement with the issue.

Are we up against a legal point?

Are we poor in our political establishment and diplomatic manoeuvres?

Are we the hostage of external powers imposing their view on us and why?

Are we held up by the frontline countries who find their wellbeing in our limbo situation?