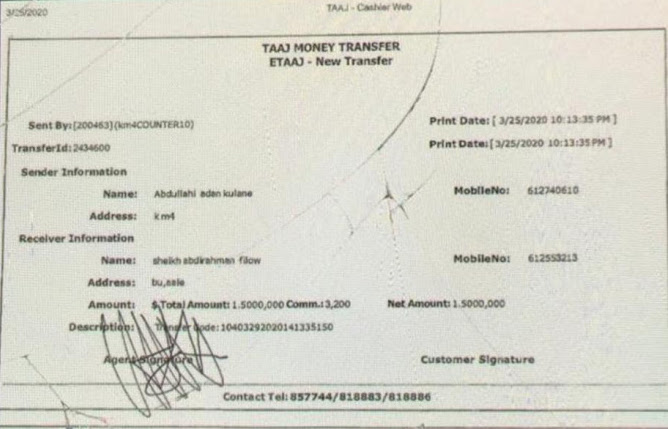 Strong links exist between Somalia’s National Intelligence and Security Agency and al Shabaab, a confidential report from an insider in the militia shows.

Top leaders of al Shabaab and NISA are in contact to derail the ongoing peace processes and target Kenyan forces in Somalia, the report leaked to the Star suggests.

It alleges that some NISA officials trained by Kenyan security agencies are conspiring with al Shabaab to attack KDF soldiers serving under Amisom.

The NISA officials and their agents are also believed to be involved in Shabaab schemes to attack Kenyan officers in the Northeastern region.

The officers allegedly conduct surveillance and relay the information to al Shabaab and some of their miscreant cells.

“Some of these senior officers are providing highly confidential security information on Kenyan security agencies and personnel to al Shabaab to facilitate the militant group’s targeting of Kenyan security personnel,” the report says.

According to multiple sources in Somalia, a senior official of NISA is the main contact person and is in constant communication with the militant group.

The official is also involved in facilitating Shabaab through financial and material support, including armaments and critical information on Amisom movement, particularly the Kenyan contingent.

Recently, al Shabaab received $1.5 million through a cheque signed by a senior NISA official by the name Abdullahi Kulane.

NISA officials are believed to have instigated the deployment of the Somali National Army troops in Mandare in a bid to suck Kenya into internal Somalia affairs, according to sources.

“NISA also deployed some of their telecommunication jamming systems to compromise Safaricom’s networks in Mandera and other adjacent areas in a bid to facilitate Al Shabaab operations in the area,” the confidential report says.

Earlier in the year, Kenya also experienced a spike in the number of sporadic attacks in some areas bordering Somalia, including Mandera, Wajir and Garissa and parts of the coastal region, as a result of NISA officials working together with al Shabaab.

The former identifies easy targets for the militant group in some of the areas to create a facade of potency through the sporadic attacks mainly targeting civilians and some of the critical infrastructure.