Home Opinion/Analysis 55th Nation of Africa: The Rebirth of British Protectorate of Somaliland 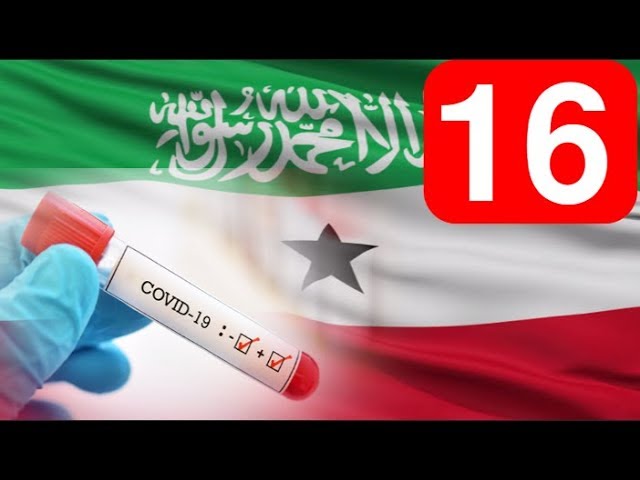 The former British Protectorate in the Horn of Africa, officially known as the Republic of Somaliland is a nation, arguably the most democratic state in East Africa, with many success stories that hardly imaginable to happen in the continent, yet the world is insisting NOT to recognize and turned a blind eye. Somaliland has managed to build peace in the flaming and volatile region, the Horn of Africa; right next to Somalia which tops the list of the failed states, in the world. It has established a fully functional and democratic government with NO international assistance, conducted series of elections which was confirmed as free and fair by the international community, in a continent where people barely vote for their presidents and maintained the Montevideo criteria of statehood including; defined territory which is built upon the Anglo-Italian, Anglo-French and Anglo-Ethiopian treaties, having a functioning and forceful government which is democratically elected by the people, a permanent population of 5 million and the capacity to enter into relations with other states.

This former British Protectorate was the 12th African nation to become independent resulted from a Royal Proclamation of her Majesty Queen Elizabeth II. This means Somaliland became independent way before 42 African countries which, now, are sitting in the African Union (AU) and have the right to decide the fate of whether Somaliland becomes recognized by the AU or not. Soon after the independence, 34 members of the UN, including the five permanent members of the Security Council, recognized Somaliland as an independent and as a sovereign country. Unfortunately, that sovereignty didn’t last long and within 5 days the country, prematurely, got into an unrewarding union with their neighboring Somalia to make the Somali Republic. This unification was a preamble to the Greater Somalia ambition inspired by the Somali people in the region. That Union was never legal and formal. On the contrary, it was a turbulent and unsatisfactory, marriage.

After 31 years of difficulties, injustice, inequalities, and prejudice, that union ended horribly with 11 years of War which claimed the lives of a quarter of a million of the Somaliland people after civilians were shelled and cities were bombed and leveled it to the ground by the military aircraft of their government.

In 1991, Somalilanders defeated and destroyed the military deployed to their land by the military government, declaring their withdrawal from the failed union they have been part of, for more than 3 decades. This is where the miraculous and phenomenal African success story starts, and the most democratic country in east Africa begins its extraordinary journey, but before that let us have a glance at the history and some interesting incidents back in time.

The Horn of Africa, because of its strategic location which is conducive to trading, has given the Somalis to involve in trade businesses and interact with different cultures. They used to export animal products, rare gums, ostrich feathers, and other products. Having access to both the Red Sea and the Indian Ocean, the Horn Africa became a trade hub and coiling station to the ships going to India. Thus, European interests began to crop up in the region, and in the 1880s The British, French, and Italians competed for the Somali territory, which later agreed to share. In 1887 Britain declared Somaliland a protectorate, leading to an Anglo-French agreement to define borders between the countries of new colonies of British Somaliland and French Somaliland (current Djibouti). While Italy found its fair share to colonize Somalia as La Somalia Italiana. The British also colonized Kenya and right before the disbanding of the British colony in the region, they granted the Somali inhabited North Eastern Province administration to Kenya, as well as the Hawd and Reserve Area or Ogaden region to be part of Ethiopia. From there on, Somalis were divided into 5 administrative borders.

The colonial dissolution and the outcome of the greater Somalia Dream

The concept of Greater Somalia protrudes back to the beginning of the 20th century, and the idea was to unite all Somali speaking nations, comprising regions in which ethnic Somalis live or historically inhabited, encompassing not only Somaliland, Somalia, and Djibouti, but also the North Eastern Province of Kenya and current Somali state of Ethiopia included. That’s why the blue light flag which was originally comprehended and served as an ethnic flag, has a five-pointed star at the center, each point representing an area where the Somali ethnic groups have resided.

Shortly, after Somaliland got independence from Britain, they tried to practice what they had been preaching for decades and voluntarily united with their counterpart, La Somalia Italiana which got independence from Italy only four days after Somaliland. Although the two entities united as a single nation, British Somaliland and the Italian Somalia were, from an institutional perspective, two separate countries. Italy and the United Kingdom had left the two with separate administrative, legal, and education systems in which affairs were conducted according to different procedures and in different languages. Police, taxes, and the exchange rates of their respective currencies also differed.

At first, the newly formed parliament of the two united countries promptly created a new Act of Union but it was widely rejected in the State of Somaliland. This was exactly where the confusion started but it was not limited to that. Somalia turned the tables and took advantage of their kind-hearted brothers. A huge injustice and disparities in the power-sharing followed where Mogadishu benefited all state resources. As a result of this, in December 1961, a group of Somaliland junior Officers attempted a coup d’état intended to restore the independence of the Republic of Somaliland, however, it was unsuccessful.

That dream of a greater Somalia died after Djibouti received independence from France and refused to join the union, preferring to stand separate and establish their own different country. Having said that, the NFD and the Hawd & Reserve area remained to be parts of Kenya and Ethiopia, respectively. Furthermore, the union between the other two wasn’t hale and hearty.

That dissatisfaction of the Somalilanders with the Act of Union and power-sharing was a subject that the successive civilian governments ignored and the situation was completely exacerbated when the despotic Siad Barre came to power in a coup following the assassination of President Sharmake of the Somali Republic. Barre not only politically marginalized Somaliland, but economically deprived their cities, and later on, started killing anyone from these part of the country who speaks against injustice. That worsened situation derived a group of students, business people, former civil servants, and former politicians to found the Somali National Movement (SNM) which then turned to be an armed liberation front. According to Human Rights Watch, with the formation of the SNM, Somaliland people have seen the worst atrocities. Serious and series of grave human rights violations, including extra-judicial executions of unarmed civilians, detentions without trial, unfair trials, torture, rape, looting, and extortion, have been a prominent feature of life in the towns and countryside in Somaliland.

During the ongoing conflict between the forces of the SNM and the Somali Army, the Somali government’s genocidal campaign against the people of Somaliland took place between May 1988 and March 1989, where the government’s military aircrafts maneuvered by South African and Rhodesian mercenaries were bombing schools, hospitals and residential areas of Somaliland cities and killed more than 200,000 civilians indiscriminately.

The rebirth of British Somaliland

In 1991, the Siad Barre regime was defeated by SNM forces. On the 18th of May, at a conference held in Burao; the second-largest city in Somaliland, in which traditional leaders of all clans that dwell the country attended, Somaliland declared its independence and withdrawal from its union with the Somali Republic.

A new journey began, and a series of reconciliation and peacebuilding conferences has been conducted. The peace that Somaliland has been enjoying for almost 30 years was home-grown and completely free from any external influence and intervention. It was a traditional and indigenous conflict resolution method, which also lead to the implementation of the disarmament, demobilization, and reintegration processes. However, the country remained peaceful for thirty years and was free from acts of terrorism, piracy, and any other form of social and political instabilities.

Although Somaliland is not internationally recognized, the country enjoys symbolic trappings of statehood: it has a national flag, a currency, a national anthem, organized and powerful army with a mandate to defend the independence and territorial integrity of Somaliland, a passport that’s accepted by several countries including the UK, Ethiopia, Djibouti, Kenya, UAE, etc, and demarcated borders which are based on the colonial lines as per the Cairo Declaration on African borders in 1964.

Over the years, Somaliland, lacking any international assistance, has conducted a series of democratic free and fair elections where five different presidents succeeded the office. Sometimes an opposition leader won over an incumbent president and the transition of power was completely peaceful. Not only they have managed to hold presidential elections, but also a national referendum before that as well as parliamentary and local council elections were conducted. These elections were termed as free and fair by international observers. Moreover, Somaliland was the world’s first country to use iris recognition to register its voters.

Somaliland is also an example of freedom of press and expression. According to the last report of Freedom House, a US-funded organization based in the US, Somaliland is the most freedom country in the Horn of Africa, superior and way better than Ethiopia, Djibouti, Eritrea, Somalia, Sudan, South Sudan, Tanzania, and many other African countries.

The pursuit of Somaliland for recognition remained strong for many years, despite being overlooked by the International community. “Somaliland will remain independent even if we don’t get our rightful recognition for the coming 100 years ‘’ the former president H.E Ahmed Silanyo echoed at an occasion of 18th May commemoration, and that’s what every Somalilander of every age is going to tell to other parts of the world. The people are not hopeless, and despite their aspiration to be part of the International community, they also believe they can continue living and rising without recognition comparing their living standard with many countries which enjoy recognition from the outside world.

Also, an AU fact-finding mission visited Somaliland on the 30th of April 2005 and stayed the country for four days. They made a thorough assessment of the Somaliland situation and remarked in their report that Somaliland’s search for recognition is historically unique and self-justified, as such they recommended the AU to find a special method of dealing with this outstanding case.

As per the AU fact-finding report, there was an evident conviction and emotion among the Somalilanders that their “country” has all the attributes of an independent sovereign State, which they say the international community should objectively consider. Not only Somaliland satisfied the Montevideo criteria of statehood, but also achieved what most of the African and Arab countries failed to achieve.

In conclusion, as stated by the AU fact-finding mission to Somaliland, The lack of recognition ties the hands of the authorities and people of Somaliland as they cannot effectively and sustainably transact with the outside to pursue the reconstruction and development goals. The will of the people has to be respected and their accomplishment deserves to be rewarded, but it is never too late. Somaliland’s recognition could be a potential antidote to the problems of the Horn of Africa, and to that of their neighboring Somalia, in particular.

Ismail Adan is a sociologist and social scientist based in Nairobi. He is specializing in Disaster Management at University of Nairobi.