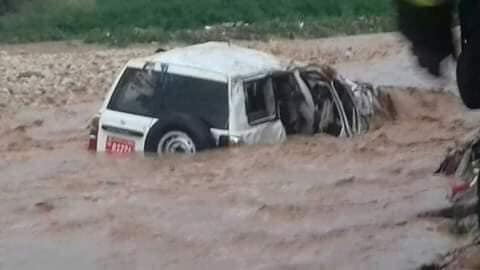 At least seven people lost their lives, Friday, due to violent showers driven by hurricane-type strong winds which beset the capital city of the Republic of Somaliland.

Six of the deceased were swept away in cars after deceptively strong floods caught them crossing river beds. Two were dished out of a Suzuki car in the Hargeisa area while the four others, all construction technicians building the Da’ar Budhuq bridge and adjacent road, were drowned by the areas stretch of the same river which traversed Hargeisa.

Zakaria Ismail Dahir (right) was one of the two driving the Suzuki.

A woman was, on the same day, electrocuted to death by an electrified, wet lamp post in the capital.

The violent showers hit the capital and its immediate area unexpectedly at about 3:00 p.m. The rain was laced with big globs of ice which, to some, sounded like if roofs were bombarded by a shower of stones.

Many of the weaker buildings suffered the threat in different forms ranging from total collapse in the case of corrugated iron-sheet shacks to leakages and shaken foundations. 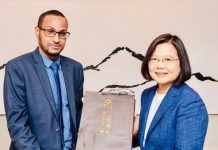