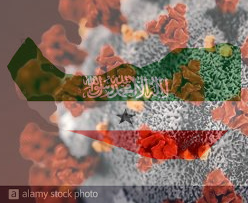 In Somaliland, the total number who underwent diagnostic tests of the virus since its outbreak is 1881.

Fifty-four people have fully recovered from the illness thus far.

The virus has, to date, killed twenty-two people in the republic.

On Tuesday the Somaliland ministers of Investment and Telecommunication, Mohamed Ahmed Awad and Abdiweli Sheikh Abdullahi Suufi, respectively, put themselves under self-isolation having found out that they were positively infected with the coronavirus.

In the region, extending up to Madagascar and Eritrea, positive cases recorded, deaths and recovered ex-patients are as follows: