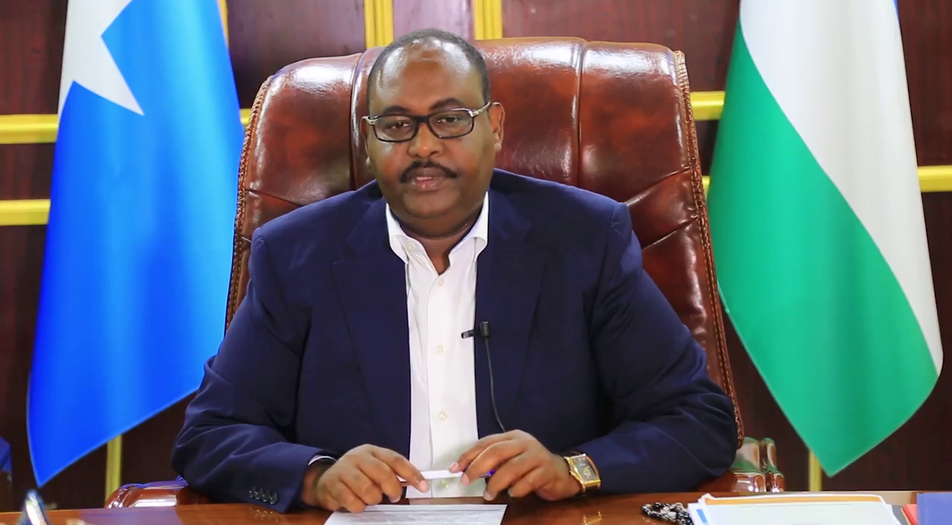 Puntland, one of Somalia’s northeastern Federal State, has welcomed calls for dialogue between the Federal Government of Somalia and member states but insists the meeting should be convened not after June 27 this year.

While endorsing the statement by Senate Speaker Abdi Hashi Abdullahi, who insisted that all stakeholders should meet this month for talks over elections, the state, however, insisted that it won’t take part in a dialogue convened after a presentation by National Independent Electoral Commission [NIEC] in parliament.

NIEC, which is mandated to prepare elections in the war-torn nation, is set to address a joint sitting of parliament on June 27 where it’s set to give a tentative calendar for the polls, which have literally triggered a political crisis in Somalia.

The northern Federal member state of Somalia, which is under Said Abdullahi Deni as president, said any dialogue after the presentation of NIEC, will be “a waste of time”, adding that Puntland will not “take part in such predetermined talks”.

“The state welcomes suggestions by the Senate speaker but the talks should be held before June 27th. In case this isn’t done, Puntland cannot participate in any of such arrangements. This must be done before NIEC presentation and that’s what we encourage,” read the statement.

In his statement, Hashi said he will constitute a committee that will steer the dialogue, adding that the conference should take place before June 25. But despite his proposals, Villa Somalia has remained mum over the recent development in the country.

Besides the electoral date, the commission is also tasked to come up with appropriate proposals on how to fulfill the 30 percent quota for women representation, agreeable electoral model, and representation for both Banadir and Somaliland in parliament.

Further, Puntland accused the FGS of “derailing” the election process by sabotaging efforts to have the national dialogue, citing various instances where representatives from Mogadishu have openly “refused” to agree to a date to solve the impasse.

Three meetings held in May and June comprising of representatives from both FGS and FMS, Puntland added, collapsed after Mogadishu failed to “support a common date”. Such actions, the state warned, are geared towards undermining national unity and delaying elections for possible term extension.

FGS was also blamed by the state of engineering endless wrangles with certain member states, with Puntland insisting that the government has subjected Somalis to insecurity for “failing to combat” Al-Shabaab and ISIS threat in the country.

Any extension of the mandate of the current administration will be rebelled by Somalis, the state further warned, adding that President Mohamed Abdullahi Farmajo had also refused to heed to calls by Puntland to have a national conversation following the March deliberations in Garowe.

The position by Puntland has also been taken by Jubaland and HirShabelle, who have also demanded immediate dialogue to solve the current stalemate which threatens holding of peaceful elections in Somalia later on this year.

Mohamed Abdi Waare, the regional leader of HirShabelle, said the proposal by the Senate speaker was timely, adding that dialogue will give stakeholders a chance to decide the destiny of Somalis by averting a possible conflict.

“As a representative of the Federal Member States’ views and interests in Parliament, We support the Upper House’s call for dialogue and compromise to resolve outstanding issues such as elections, comprehensive security, and a common front against the spreading Covid19,” he noted.