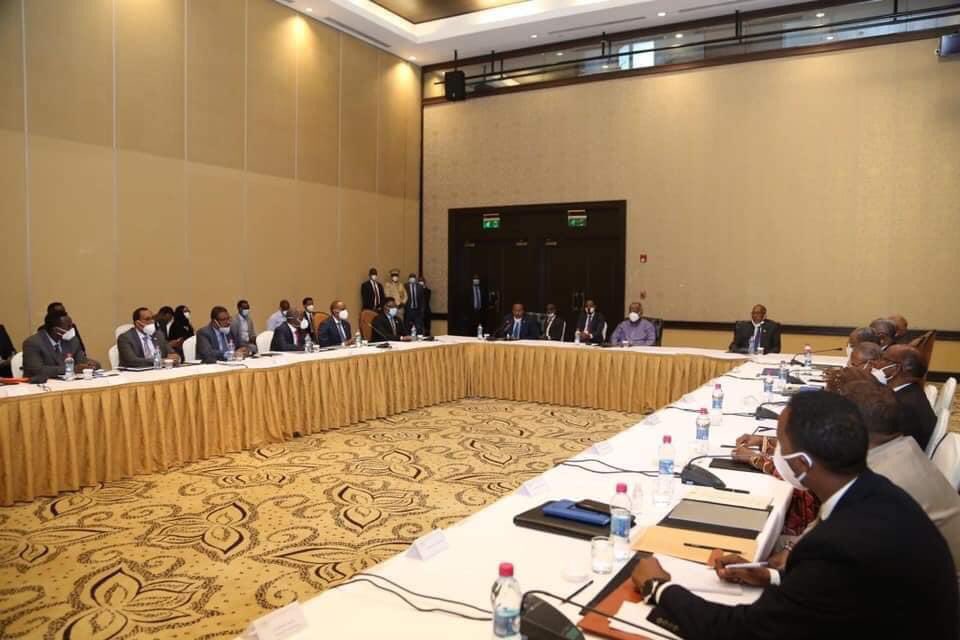 For the eighth time since February 2012 and London, the United Kingdom, the two Eastern Africa countries Somaliland and Somaliland, and erstwhile partners in an ill-consummated union, meet in Djoubiti under the auspices of President Omar Guelleh’s government.

Today, Monday, technical committees representing the two sides go into a detailed parlay, starting what could be the beginning of a collaboration of sorts between the two Somali countries or a chasm which, this time around, could prove difficult to bridge in the foreseeable future.

An agenda has to be first decided – a moving point which the two sides could live with in the next few days.

The Republic of Somaliland is represented by:

The Somalia side fields:

Despite the insistence and optimism of the US Embassy for Somalia/Somaliland and the host, President  Ismail Omar Guelleh, Somalilanders, understandably do not place much hope in an accord that Somalia will not renege on and break in due time as it did with at least half a dozen agreements before.

Not a single decision had Somalia honoured or implemented of talks and understandings reached in meetings at:

Prominent among these agreements were the non-politicization of development and investment (Djibouti, 2014) and the joint management of shared airspace (Istanbul, 2014).

Somalia reaction to any meaningful relations between the two nations could be read from how negatively the Somalia government and its public have received the very first communique released of the Sunday meeting by the Djiboutia government. Then use of phrases such as ‘the two Presidents’ and ‘relationship between the two countries’  in the press release have driven them to puerile tantrums. 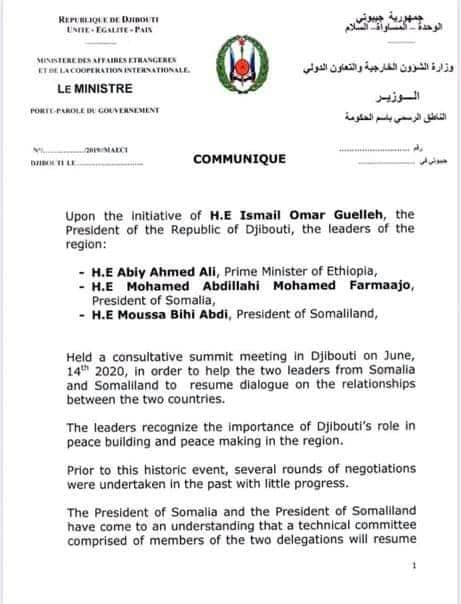 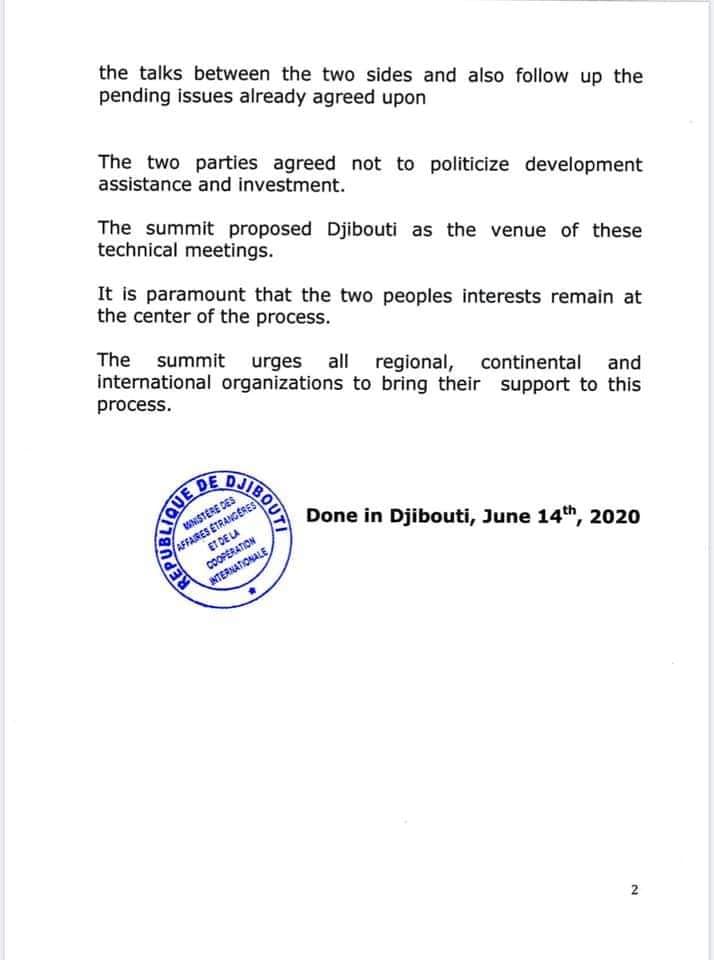 President Farmajo’s own H.E President Director of Communication, Abdinur Mohamed, scoffed at the health of the official, Ministry of Foreign Affairs Communique in a Twitter post which he since deleted.

President Deni of the Puntland Federal State of Somalia, pretending that he was not represented by President Farmajo, joined the fracas, claiming that Puntland will not accept any outcome of the talks. Puntland egged on by Mogadishu, lays claim to large parts of Somaliland on virtue of clan affiliation and not either on political, geographical or historic ties.

#Somalia's Puntland regional Admin says it rejects Somalia-Somaliland meeting in #Djibouti. #Puntland President Deni says since they have border dispute with Breakaway region of #Somaliland they will boycott any meeting between Somalia & Somaliland without Puntland being Present. pic.twitter.com/gKqmPlfFQp

Somalilanders interpret the vitriolic opposition to the talks as another prelude to yet another retraction of possible common points to be decided.