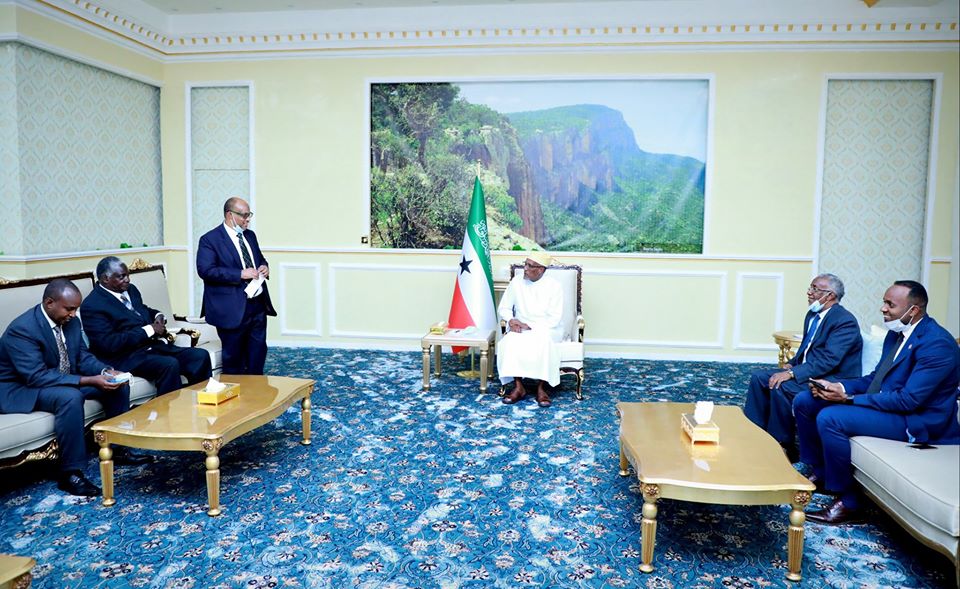 The Kenyan delegation is also looking at trade and business opportunities in the Horn of Africa nation that is increasingly attracting foreign investment.

Somaliland, which has restored its independence from the Union with Somalia, is on a mission to initiate relationships with regional states as it pushes for recognition at the African Union and the United Nations.

Last year, Somaliland held a conference in Nairobi to woo Kenyan investors to their country.

“Come and work with us in building the great nation of Somaliland; we have so many opportunities,” Mr Hiir said during the event in Nairobi on November 30.

Like Kenya, Somaliland is a former British protectorate that gained independence in June 1960. It later unified with the Trust Territory of Somalia (colonized by Italy) to form the Somali Republic.

Somaliland is home to thousands of Kenyans working in different sectors including hospitality and education industry.

Somaliland envoy to Kenya Bashe Omar in an interview said he is happy with the direction Kenya and Somaliland relations is taking.

“We share a long history together. But beyond that we want to strengthen our ties especially in areas of trade. I am confident this delegation will come back with positive stories about our country,” said Bashe.

Kenyan leaders among them former Prime Minister Raila Odinga have been supportive for the Somaliland push for recognition.

Odinga is regarded as a valuable friend and partner in these efforts.

At the Chatham House London where he delivered a public lecture last year Odinga said: “I am a strong supporter of the full recognition of Somaliland. I think Somaliland has a very strong case,” he said during a question and answer session at the forum.

Somaliland has not yet succeeded to regain international recognition. It has so far only been afforded observer status by the Commonwealth.