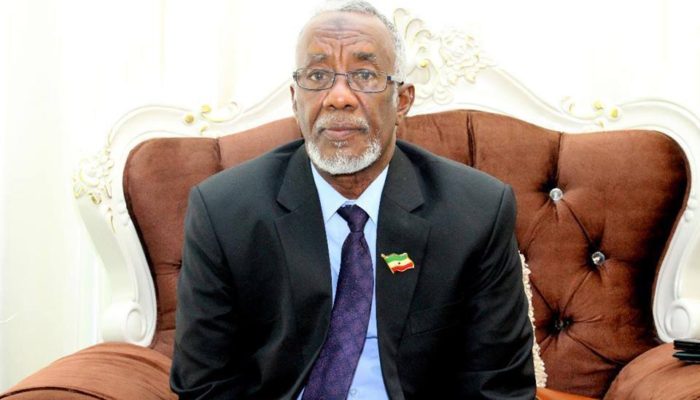 The Red Sea region of the Horn of Africa is an important gateway to world trade and security, as well as an important theatre in crippling the activities of international terrorism. The world powers such as the USA and China, while protecting their interests passing through there, are paying particular attention to the situations prevailing in the countries adjacent to that marine route.

The international community has invested a lot of time and money in reviving Somalia’s statehood, while ignoring the existence and achievements of the Republic of Somaliland, but now they are realizing that nothing fruitful is coming out of Somalia targeted efforts, and that it is about a time to work with Somaliland.

Recognition of Somaliland’s statehood, 29 years after its declaration, finally smells from the direction of the United States administration, following the recent signing of a diplomatic agreement between Taiwan and Somaliland, provided the Somaliland administration seizes the moment by persuading the right political channels.

Recently, the US President, on one of his re-election campaigns in Tulsa, Oklahoma, described Somalia as a country in anarchy.

A tweet from the National Security Council at the White House, on July 9, 2020, was receptive, supportive, and blessing The Republic of China’s (Taiwan) strategic decision to open diplomatic representation with the Republic of Somaliland in a politically correct manner.

China, which claims Taiwan to be part of it but not a country of its own, has put diplomatic pressure on countries with ties to Taiwan, some of which eventually gave in to that pressure and cut ties with Taiwan, such as Solomon Islands who switched from Taiwan to China on Sept 17, 2019, and a day later Kiribati followed suit by  changing allegiance to Beijing. They  joined the growing list of countries, including El Salvador, Panama, Sao Tome and Principe, the Dominican Republic and Burkina Faso, that the dollar diplomacy of China has brought to Chinese side since 2016.

As China’s campaign to isolate Taiwan diplomatically worried the US and its allies, they explored ways to penalize those abandoning Taiwan due to pressure from Beijing and reward those keeping ties with Taiwan. One option of making that reality is the passage of the ‘Taiwan Allies International Protection and Enhancement Initiative (TAIPEI) Act of 2019” in Washington, better known as The Taipei Act of 2019. President Donald Trump signed the TAIPEI Act into law on March 26, 2020, a bill expressing Washington’s support for Taiwan in strengthening its relationships with countries around the world.

The legislation, formally titled the Taiwan Allies International Protection and Enhancement Initiative (TAIPEI) Act, was passed unanimously by the House of Representatives on March 4. The Senate bill, which was approved unanimously in October 2019, then had to be reconciled with the House’s version before going to Trump to be signed into law.

The act – written by Senator Cory Gardner, Republican of Colorado, and Senator Chris Coons, Democrat of Delaware – says the US should support Taiwan in strengthening its alliances around the world amid increased Chinese pressure and what Coons called “bullying tactics” by Beijing.

China firmly opposed the U.S. TAIPEI Act by calling the move a severe violation of the one-China principle

In response, on March 6, 2020,  president Tsai Ing-wen of Taiwan thanked US House of Representatives for passing TAIPEI Act

Given this world political reality, it makes a lot of sense for the Republic of Somaliland to take a crucial and calculated move towards forging an alliance with Taiwan, as the birds with the same feather flock together, at a time the USA is actively eager to reduce the recruitment of Taiwan allies by China.

The Republic of Somaliland is a potential and perfect candidate that can benefit from the Taipei Act of 2019, both in terms of development aid and in strengthening the case of Somaliland’s independence. Somaliland leadership needs to keep in mind  the US Taipei Act of 2019 when officially engaging in with Taiwan’s leadership. Another great  step,  in the light of this act, is to approach the congressional aides of the two congressmen  who were instrumental in pushing this bill.

Choosing between the US and China is not a mind boggling but rather a breeze decision when the Republic of Somaliland looks at its own priorities and the Chinese government’s policies siding with the Federal Government of Somalia, the greatest threat to the Somaliland case.

The Republic of Somaliland is a country in the Horn of Africa, which gained independence from the British on June 26, 1960, and five days later united with the Somali Trusteeship administered by Italy for ten years on July 1, 1960. Somaliland unilaterally rescinded that union on May 18, 1991 after Somalia had descended into a defunct state, and today, she is better governed than many other countries in Africa and in the rest of the world, both administratively and fiscally.