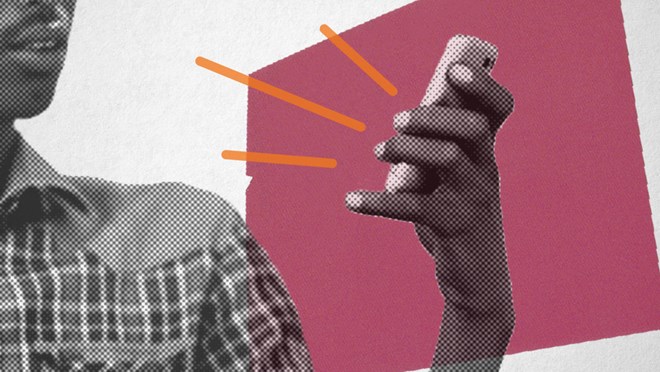 With over 150,000 people in the United States now confirmed to have died after contracting COVID-19, the nation’s estimated 25 million residents who speak little or no English face an additional challenge: accessing critical information.

Language barriers are a hurdle for many immigrants, including refugees from countries that have endured long conflicts such as Iraq and Somalia – a problem compounded by limited translation resources.

“People need to hear health information in the language they best understand, so that they can make the best choices to protect the health of themselves, their families, and their communities,” Danushka Wanduragala, international health supervisor at the Minnesota Department of Health, told TNH.

In June, the administration eliminated several of the Affordable Care Act’s non-discrimination protections, including taglines printed in 15 languages and attached to medical documents.  The taglines have provided a phone number for language assistance so patients could better understand a diagnosis or treatment plan.

As of 18 August, the taglines will no longer be legally required.

The Department of Health and Human Services cited cost as the reason, estimating that eliminating “unnecessary regulatory burdens” associated with the taglines, as well as inserts in 15 or more foreign languages accompanying healthcare mailings, would save $2.9 billion over five years. HHS did not respond to multiple requests for comment.

Meanwhile, community outreach workers are taking matters into their own hands. Muktar Sheikh is among them.

Bridging the gap in Arizona

Sheikh arrived in Phoenix in 1996 as a refugee from Somalia – a year after UN peacekeepers withdrew with the country still in turmoil. Today, he’s the programme coordinator for the Somali Association of Arizona. With millions facing layoffs from COVID-19, Sheikh has been guiding fellow immigrants through unemployment claims, spending extra time with new arrivals who can’t navigate the internet.

People come to him with many challenges: questions about avoiding the virus, putting food on the table, and understanding the constant flood of COVID-19 information.

Particularly worried for recent immigrants, he turned to YouTube as a way to communicate with them.  He set to work on a short video series about the coronavirus in 10 different languages, including Arabic, Burmese, and Kirundi – the official language of Burundi that is also spoken in several other countries in the Great Lakes region.

Sheikh was inspired when he accompanied a refugee to a doctor’s appointment, and a video interpreter appeared onscreen. He said it transcended literacy barriers and allowed patients to pick up visual cues.

“You could see the face expression, the hand movement, trying to translate exactly what the doctor’s doing,” he said.

A study published by the Journal of General Internal Medicine backs up that observation, finding that patients preferred video to translation services offered by phone.

Arizona has long served as a hub for linguistic diversity: The state, once part of Mexico, holds a prominent Spanish-speaking population, and has resettled refugees from countries including Somalia, Syria, and the Democratic Republic of Congo.

COVID-19 has disproportionately affected Latino and Black populations in the United States.

“In that minority pool,” Sheikh wondered, “how many of them [are] refugees?”

As April faded into May, Ali Lahmoud’s muscles began to ache.

“I talk to my wife. She said, ‘oh no, you work so much,’” said Lahmoud, a supervisor at a meat-packing plant in the Phoenix area.

Lahmoud, originally from Iraq, is among the US immigrants who turned online for help when he fell ill.

Although Lahmoud moved to Arizona in 2009 and speaks English, he was more comfortable researching COVID-19 in Arabic. “It’s a scary virus,” he told TNH.

Maricopa County, where Lahmoud lives, is the second most infected county in the United States after Los Angeles. Johns Hopkins University recorded 109,988 cases in Maricopa County as of July 28.

Lahmoud felt so fatigued he had trouble walking by the time he started watching videos about COVID-19 on Facebook and YouTube. When an Arabic-speaking doctor described patients losing their sense of smell, something clicked.

Lahmoud immediately self-quarantined; locking himself away from his wife, daughter, and newborn son. He tested positive for COVID-19. To combat his asthma, he was soon using his inhaler every hour, inhaling steam from hot water mixed with lemon and tea leaves. He has since recovered.

A grassroots effort to inform refugees about the novel coronavirus is also spreading in Minnesota, where more Somalis have settled than anywhere else in the United States since the civil war erupted in 1991.

Minnesota is now home to between 42,400 and 55,200 Somali residents, and about 20 percent don’t speak English well or fluently.

Hani Jacobson, a registered nurse and community health specialist in the Minesottan city of St. Cloud, worries for her fellow Somalis.

“We have a community, a large community, of Somali people that have barriers to language,” Jacobson, 35, told TNH.

The Somali language has been spoken for thousands of years, but its official written alphabet was only established in 1972. Traditionally, people rely on oral communication: It’s so ingrained that Somalia has been deemed “a nation of poets”. Some Somali refugees, particularly the elderly, do not read the language, Jacobson said.

To counter this, the task force has used phone calls, radio programmes, and Facebook Live. As members hosted Somali-language phone conferences, hundreds of residents tuned in. People were listening.

The task force then took it a stage further, assisting in advocating for Somali workers’ rights.

At the Pilgrim’s Pride poultry plant near St. Cloud, Somali workers had alleged they were told to continue working “shoulder to shoulder” even if they felt sick. Eventually, they organised a walkout. The task force facilitated a meeting between employees and management. Ultimately, the plant agreed to sponsor testing: By May, 194 COVID-19 cases were confirmed among employees.

Only four percent of Minnesota’s population speaks English “less than well”. However, 22 percent of interviews with COVID-19 patients warranted interpreters, according to Minnesota’s Department of Health. While data remains limited, some are suggesting that people with limited English could be at a higher risk of contracting the virus.

Jacobson’s past keeps her motivated within the task force.

She and her family fled Somalia when she was seven, ending up in the Utange refugee camp near Mombasa, Kenya. The family spent over a year fighting hunger and fatigue, warding off infections, and waiting hours in line for water and food, she said.

As a child, she arrived in the United States and watched her parents navigate an unfamiliar, English-speaking world.

“It puts me in a unique position to do this work,” Jacobson said. “I’m seeing the roadmap that my family has gone through.”

Worldwide, organisations have scrambled to provide multilingual resources to help people with the coronavirus. Translators without Borders has translated millions of words into 102 languages for partner organisations, and the NGO is developing a glossary of medical terminology.

But even before COVID-19, refugees told Sheikh they were showing up to medical appointments only to discover no interpreter would be attending.

In 2018, NPR reported that thousands of medical facilities “fall short” of providing language access, despite the Affordable Care Act, which mandates that hospitals that receive federal aid must administer language services.

“Nobody holds that clinic accountable for doing that,” Sheikh said.

In 2013, the National Health Law Program published 35 accounts of medical malpractice caused by the lack of a certified interpreter. In one situation, a 17-year-old girl with a brain abscess undertook the responsibility of acting as her own interpreter. She ultimately died.

“A number of patients actually died due to language barriers,” said Mara Youdelman, a managing attorney at the National Health Law Program.

And that was well before the coronavirus upended America’s healthcare system.

“You can imagine now, with this crisis, all this is out the door,” Sheikh said.

With resources stretched thin, some US hospitals have circulated calls for volunteer interpreters. Sonia Colina, director of the National Center for Interpretation, encourages organisations to enlist certified interpreters rather than volunteers or bilingual staff members.

“I can understand… if this is an emergency situation and people want to help,” she said. “At the same time, it could be dangerous, because mistakes could be made.”

When resources do exist, communities must know where to access them.

“This information can by no means be efficient if we don’t actually listen to the communities,” said Anete Raugule, partnership team manager for Translators without Borders.

Radio as well as video

Millions of people with limited English proficiency work in essential industries, such as agriculture, construction, and manufacturing.

These are people who don’t have time to read lengthy documents explaining coronavirus prevention, diagnosis or care, said Clarissa Laguardia, who works as a translator and medical interpreter and founded Laguardia Translations, a Sacramento-based language services company.

“You have to catch them through the radio on their way to work,” Laguardia said. “You have to be really creative.”

In California, an estimated one third of farm workers, often from Mexico and Guatemala, speak an Indigenous language. The non-profit Comunidades Indígenas en Liderazgo, or CIELO, has produced short videos discussing the coronavirus, distributing them in languages like Yucatec, Maya, and Mixteco.

CIELO chose videos rather than written texts in part because not all community members have had a formal education, and many indigenous languages have a strong oral tradition, according to co-founder Janet Martinez.

Laguardia hasn’t forgotten the difficulty of existing in a world that didn’t speak her language. She immigrated from El Salvador as the country was still reeling from a devastating civil war. She initially worked in a grocery store and taught herself English over time.

And she’s mindful of the fact that no law requires her, Jacobson, or Sheikh to work on behalf of people with limited or no English skills. Still, she’s fighting for legislation that will dedicate more resources.

National IDs Difficult for Kenyan Somalis. Passing as a Regugee is Easier.