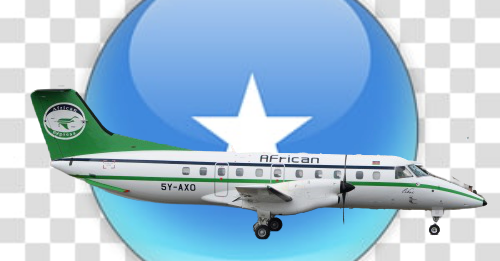 Few readers will be aware that, on May 4, an Embraer EMB-120 passenger aircraft operated by African Express Airways was shot down with the loss of all on-board.

The aircraft was making a humanitarian flight from Baidoa to Berdale in Somalia, carrying medical supplies for the country’s fight against Covid-19. It was downed by Ethiopian soldiers, who apparently mistook its “unusual” flight path for a “potential suicide mission” by Al Shabaab, the Islamist terror group.

Six people died, including Captain Hassan Bulhan, the son of the airline’s owner.

Four months earlier, Ukraine International Airlines Flight 752 (PS752) was blown out of the sky by Iranian soldiers who feared it was a cruise missile launched by the US military. That catastrophe claimed 176 lives.

And six years ago – in what was supposed to be a watershed moment for the airline industry – Malaysia Airlines Flight 17 (MH17) was shot down by Russia-backed rebels over the skies of eastern Ukraine. The International Air Transport Association (IATA) pledged to honour the 298 victims of that tragedy by ensuring that “civilian airliners will never again be brought down by weapons of war”.

Direct hits and near-misses are still an alarmingly common occurrence.

Just one month after the loss of PS752, for example, an Airbus A320, operated by Syria’s Cham Wings, was forced to make an emergency landing after flying into an Israeli missile strike on Damascus.

And even small-arms fire can be deadly. In recent years, aircraft operated by Camair-Co, Flydubai and Pakistan International Airlines, have all been struck by bullets while airborne. One passenger died in the Pakistani incident in 2014. All could easily have perished if it had been the pilots who were gunned down instead.

With 46 million flights taking to the skies last year, IATA’s goal of achieving zero shootdowns ad infinitum is probably unrealistic.
But the frequency with which these grisly events occur could surely be reduced – if only politicians and industry leaders would devote more time and money to tackling the problem.

The media is partly to blame for their apathy.

I was dismayed by the near-total absence of international reporting about the tragedy in Somalia. Muted interest may have been down to the low number of fatalities, or the obscurity of the airline, or general desensitisation to tragic events in war-torn Somalia.

But, in my opinion, bias among western news producers – and consumers – was a bigger factor. Major news organisations will have been aware of the incident. They consciously decided that their readers and viewers would not find it interesting or relevant.
That same bias was evident in the media’s transient coverage of PS752 – which claimed mostly ethnic Persian lives – versus its 24-hour rolling coverage of MH17, in which it was mostly western Europeans who died.

As well as being inherently unfair, this is dangerous.

Missiles do not discriminate.

The entities that are best-placed to protect global travellers from shootdowns – powerful governments, regulators, intelligence agencies and multinational organisations – are overwhelmingly based in the west. If they ignore the warning signs coming from Iran and Somalia, it is just a matter of time before their citizens pay the price.

The International Civil Aviation Organisation (ICAO), the Montreal-based aviation agency of the United Nations, shares in the blame.
When I wrote an opinion piece in the UK’s Guardian newspaper arguing that ICAO had failed to learn the lesson of MH17, the agency accused me of lacking “basic journalistic professionalism” and spreading “false and misleading allegations”.

I stand by my article. As did the Guardian’s lawyers.

The ICAO has its reasons for being defensive. As part of the UN, it will only ever be a conduit for – not an agent of – reform. Sovereign powers will always lie with the member states that congregate in its chambers. Getting countries to cooperate is difficult. Even when consensus is reached, there is no way to enforce any agreements.

It is this lack of legal authority that allows ICAO to absolve itself of any responsibility for PS752 – and all other shootdowns.

But that is a non-sequitur.

Lacking legal authority is not the same as lacking influence. The agency devoted huge resources to amending civil aviation guidance and standards in the aftermath of MH17. It must, of course, be judged on the results.

Its flagship response was the formation of the conflict zone information repository (CZIR) – an online platform through which member states were asked to share intelligence about threats to civil aviation. This platform, it was hoped, would bring an end to the patchwork of intelligence sharing that was resulting in different airlines taking different risks.

CZIR was an abject failure. ICAO closed it in 2017 because no-one was bothering to use it.

“States were at first very eager to have a conflict zone repository established by ICAO,” an agency spokesperson recalled. “But shortly thereafter… risk information began being provided directly by states, other international organisations and industry flight-planning services.”
By falling back on to a decentralised approach, the air transport industry – presided over by ICAO – reverted to the same mishmash of intelligence sharing that caused the MH17 disaster.

As a direct consequence, both Ukraine International Airlines and African Express Airways were left to make their own, poorly informed decisions about the risks of flying through conflict zones. Sadly, they made the wrong call.

There is a better way.

Airlines, industry groups and governments could throw their weight behind a central intelligence sharing body that identifies threats and broadcasts alerts in real time around the world.

Such a system would, of course, be controversial. Countries whose airspace is tarnished by an advisory would be furious at the reputational and financial damage. They may even perceive it to be a violation of their sovereignty.

It would also be entirely toothless – able to do nothing more than broadcast advice.

But, with proper resourcing and sufficient industry support, there is little doubt that lives would be saved.

It is up to us, collectively, as a global community, to decide if the current system is fit for purpose. If we decide it is not, should we pursue reforms now, or should we wait until another aircraft is shot down?

Kenya: Why the KDF Fell at El Adde Somalia