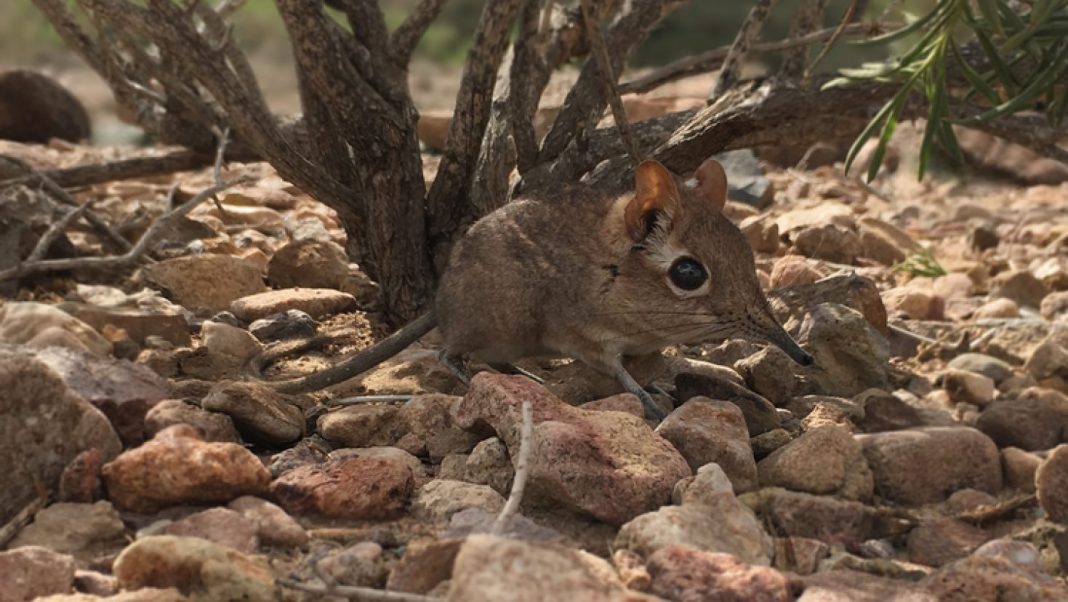 Also known as Somali sengi (Elephantulus revoilii), the mammal has a long nose, large eyes and a tuft of fur on its tail

Not seen for almost 50 years, the elephant shrew, a diminutive relative of the elephant, has been spotted in Djibouti in the Horn of Africa.

Also known as Somali sengi (Elephantulus revoilii), the mammal has a long nose, large eyes and a tuft of fur on its tail. It is related to elephants, aardvarks and manatees, according to a statement from the Global Wildlife Conservation, and had been “lost to science” since 1968.

“For us living in Djibouti, and by extension the Horn of Africa, we never considered the sengis to be ‘lost,’ but this new research does bring the Somali sengi back into the scientific community, which we value,” study co-author Houssein Rayaleh said in the statement. “For Djibouti this is an important story that highlights the great biodiversity of the country and the region and shows that there are opportunities for new science and research here.”

The researchers found S. sengi after setting more than 1,200 traps at 12 locations during their 2019 expedition, using a bait comprised of peanut butter, oatmeal and yeast. As luck would have it, they caught S. sengi in the first trap they set.

“It was amazing,” the study’s lead author, Stephen Heritage, added. “When we opened the first trap and saw the little tuft of hair on the tip of its tail, we just looked at one another and couldn’t believe it. A number of small mammal surveys since the 1970s did not find the Somali sengi in Djibouti—it was serendipitous that it happened so quickly for us.”

The research was published in the scientific journal PeerJ.

Everything that researchers had known about the S. sengi had come from the 39 specimens that had been collected “up to hundreds of years ago” and stored in museums. Now, with the 12 S. sengis that the researchers found, a great deal can be learned about the miniature mammals.

The researchers found the elephant shrews in areas that are “dry and largely inhospitable to human activities,” according to the statement, which means they have likely not had to deal with habitat destruction by human activity. As such, the researchers recommended to the IUCN Red List of Threatened Species that the mammal’s status be upgraded to “least concern” from “data deficient.”

“Usually when we rediscover lost species, we find just one or two individuals and have to act quickly to try to prevent their imminent extinction,” Robin Moore, one of GWC’s Search for Lost Species program leads, explained. “This is a welcome and wonderful rediscovery during a time of turmoil for our planet, and one that fills us with renewed hope for the remaining small mammal species on our most wanted list, such as the DeWinton’s golden mole, a relative of the sengi, and the Ilin Island cloudrunner.”

The researchers hope to have another trek starting in 2022 to radio tag the mammals and begin to answer some basic questions about them, including how many pairs share a space and when and under what conditions they are most active.