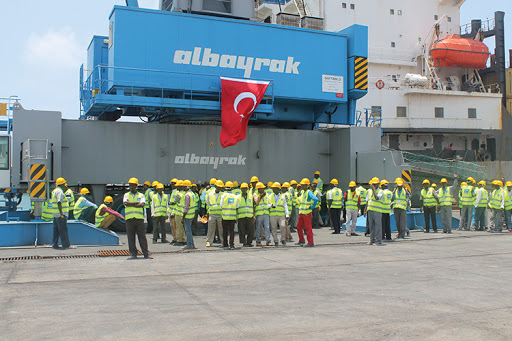 In 2018, following FGC advice, FGS commenced renegotiation of the Mogadishu port contract which had been signed with a Turkish firm, Al Bayrak, in 2013. The stated objective of the renegotiation was to achieve efficient operation of the port by enabling necessary capital investment, ensuring transparency, clarifying the roles and responsibilities of the parties, and adjusting tariff levels and revenue shares as necessary. The parties met on a number of occasions throughout 2018 and reached agreement on many elements of a term sheet that would form the basis of a longform revised agreement. However, the parties were unable to reach agreement on a number of key commercial terms, including revenue share and investment amounts. The contractor did not provide justification for its position on these issues and the renegotiation process ground to a halt, culminating in a last and final offer sent by FGS to the contractor in December 2018. 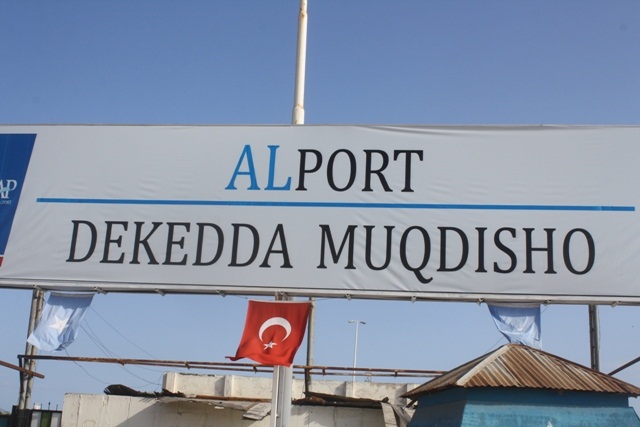 The FGS did not take further action until May 2019, when the FGS met with the Turkish government and representatives of the contractor in Turkey. During this meeting the parties committed to finding a way forward and reached a high-level agreement on revised commercial terms, enabling the renegotiation process to move forward. Negotiations resumed in August 2019, taking the high-level agreement as a starting point. In November 2019, a number of other issues not resolved via negotiations were elevated to FGS senior leadership for discussion. In March 2020, discussions between the contractor and FGS
achieved some progress on the unresolved issues, and shortly thereafter negotiations recommenced on a largely virtual basis.

FGS has submitted a final version of the revised concession agreement to the contractor for
review. The revised agreement is expected to be signed during the third quarter of 2020,
following IMCC approval and registration with the OAG, as required by the Procurement Act. Legal support funded by the ALSF and technical support funded by the World Bank and, more recently, by the EU have played an important role in supporting FGS to develop a revised agreement that marks a significant step towards comparative good practice.

The main improvements captured in the Revised Agreement, as compared to the 2013 agreement, are as follows:

The Revised Agreement requires that the FGS play an active role in its management. This
is particularly true with respect to monitoring required investments. The Revised Agreement
places on FGS the responsibility for closely monitoring the execution of the Implementation
Plan and for working continually with the contractor to review and approve specifications
for investment requirements not covered by the initial Implementation Plan. The FGS will be
supported technically by a qualified engineer. FGS will still need to pay close attention, however, to ensure that it meets its own obligations under the contract. Failure to review or approve/reject submissions from the contractor in a timely manner may affect FGS’s ability to hold the contractor to its responsibilities as spelled out under the Revised Agreement.

The need for active contract management is not unique to the port concession agreement. For long-term partnerships, such as concessions, the active engagement of the conceding
authority is generally a requirement to ensure value for money and protect the interests of
the government. Following the signature of the renegotiated concession agreement for the Mogadishu airport, the FGC recommended that FGS retain specialised support to assist in fulfilling its obligations under the agreement. These obligations include the review of detailed designs and works to be completed, the monitoring of performance standards, and financial reporting. The FGC further recommended that the IMCC require updates from the conceding authority, the Ministry of Transport and Civil Aviation, every six months to keep apprised of progress and fulfil FGS obligations. These recommendations do not appear to have been considered seriously. Little information is currently available on the status of implementation of key provisions of the airport concession agreement, including basic financial reporting.

(1) The renegotiation of contract was most likely prompted by Somaliland’s DP World deal. It seems from this outset the contract they entered into back in 2013 with the Turkish Firm Al-Bayrak was a sellout. The Turkish firm was given a 25 year contract with no binding requirement for the Turkish to invest in the port at all.

What caught my eyes was the fact that the re-negotiations of the contract for Mogadishu Port between FGS and Al Bayrak started back in 2018 and almost broke down several times. If it wasn’t for the Goodwill of the Turkish Gov’t, Al Bayrak was well within its contractual obligations to resist any overtures for renegotiation of agreements.

Even after this renegotiation, it seems the offer from Al Bayrak is very inferior to the DPWorld Berbera port deal. Which is why they are mum about it and not advertising the size of the investment.

This squabble was ongoing for almost 3 years and not a single word leaked to the media.

Can you imagine if this was in Somaliland? within hours this would have hit the news and every Faarax and Xaliimo would be discussing about it. Somaliland need to up their game in terms of government secrecy and classified information. (Geeljire)

(2)  In so far as SL is concerned, the public appetite for open discussion may be a bit of a pain in the rear end, but at least the saving grace is that the larger public can be taken into the confidence of the government. Besides, our innate culture is not really made for it in anything of a skulduggery secrety sort of skulking around in the dark of the night and dealings of that kind.

2- Even, in Somalia, if such talks were going on innately for all that time and in hush secret of intense negotiations sort, which I think it was not the case, in the sense that the talks were about Turkish outfit basically hoping to get a good deal and dragging this thing along during that time. But, in the final analysis, it’s the result that matters. And in here, just compare what DP World is doing and have already accomplished there in Berbera on one hand, and in the other hand, what has this Turkish outfit have done for Mogadishu.

That was the test, and by all account, we can see those who are calling themselves as leaders of Somalia, who probably were the ones negotiating this sort of deal in secret, have failed and failed miserably, as they have failed everything else they tried their hand on it. Which is why the UN just renewed its mandate of keeping Somalia under its “Trusteeship supervision” for at least another year.

So all in all, I am bit sanguine about the lack of watertight secrecy in our part, at least if the standard in which we shall judge SL is what seems to have been obtained in Somalia with its alleged secret negotiations, given that we can see what that had gotten for them. Although, of course, we shouldn’t make a habit of “bartering” in public with any economically or diplomatic partners that may be inclined to enter some kind of a deal with us in SL. And we should at least try to “inculcate” ourselves with the learned habit of such statecraft.

But, in so far as these two diametrically opposite negotiations are concerned, I would gladly take our way of doing things, provided the deal that shall be the outcome of such negotiations is similar to one in which DP World contract with SL turned out to be. (Oodweyne)