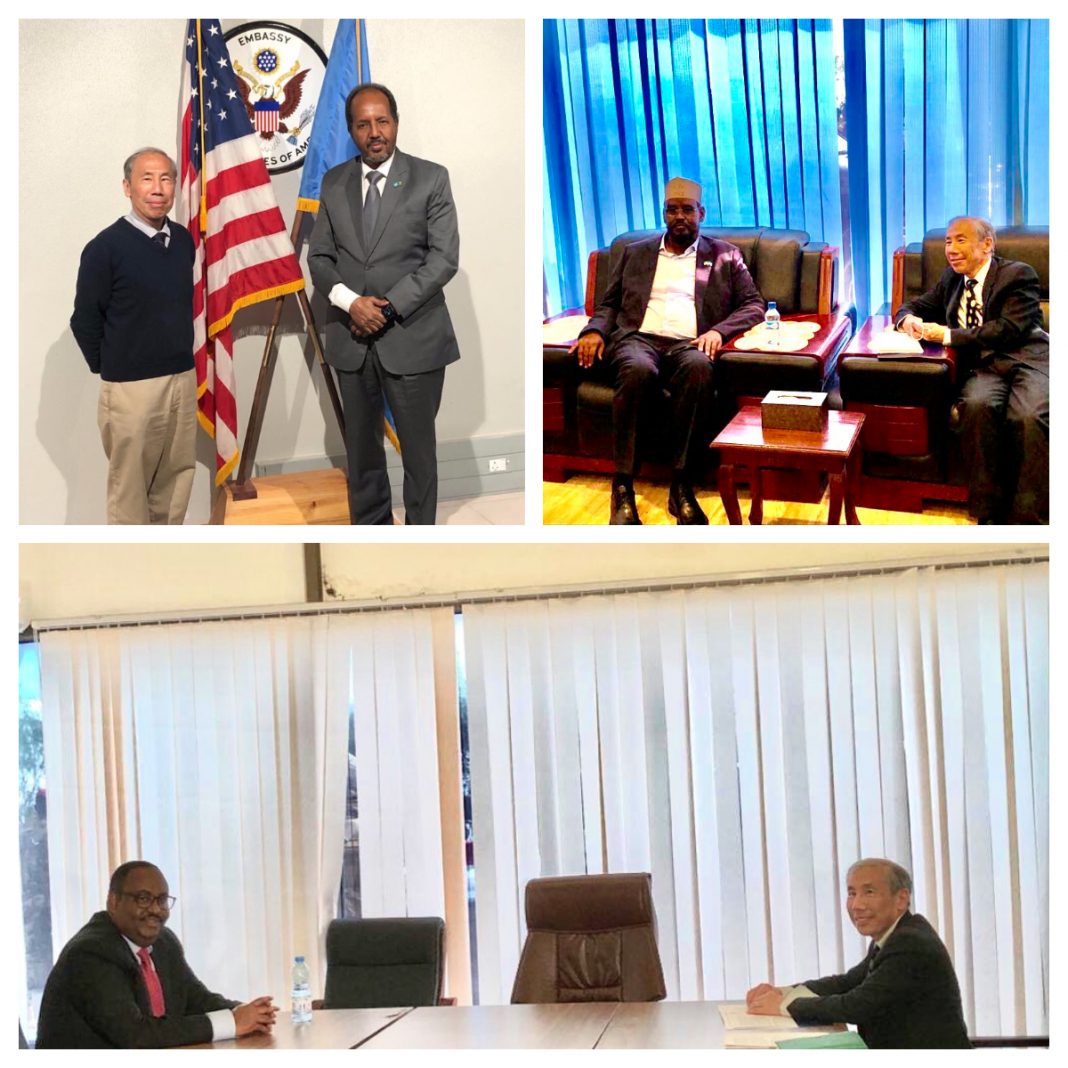 The United States Ambassador to Somalia, Donald Yamamoto, has separately met with the reneging regional states presidents of Puntland and Jubaland and the leader of the Somalia opposition coalition in a bid to hold a seemingly tattered federalism in Somalia together.

Ambassador Yamamoto revealed that his invitation of the two federal states leaders, Saeed Abdullahi Deni of Puntland and Ahmed Islam ‘Madoobe’ of Jubaland, to Mogadishu was to convince them to work with the federal leader, Mohamed Abdullahi Farmajo.

Ambassador said in a Tweet he posted at the Mogadishu Embassy account that he was ‘ relying on these statesmen to work w/@TheVillaSomalia to finalize #Dhuasamareb3 implementation details. #Somalia needs consensus & compromise’.

Yamamoto disregarded that the two leaders and Somalia opposition members were indeed very wary of tagging along behind on decisions Mr Farmajo penned with loyal regional states presidents at Dhuusamreem on August 21.

To expect that Deni and Madoobe will make a turnabout on their stringent stand on the Dhuusamareeb 3 Communique was a tall order hard to realize, according to Somalia political analysts.

Even so, Mr Yamamoto hoped for the best, ending his tweet with a thinly-veiled barb showing what he thought of the states’ leaders counter-arguments.

“Now is a time for leaders to show wisdom,” Yamamoto stated.

The Dhuusamereeb 3 communique in which, with Farmajo, the regional Presidents of Galmudug, Hirshabelle and Southwest participated, along with a newly announced, controversial Benadir state, was – if anything – a welter skelter jumble of contardicting pronouncements. To cite but two, the communique supported a selective process kind of ‘election’ along the lines UNSOM created and supported in 2016.
On the other hand, at least one of the points alluded to a ‘selection’ based on the ‘multi party’ system – as if there was an electorate that represented politicila parties where, in fact, they were reprseneting clans. Even then, the farce to be played was that more of a failre even before it unfolded as some of those ‘clans’ would be rounded up from Mogadishu motels as in the case of a ‘Somaliand special case representation. That Somaliland was come coming May a 31-year-old republic that had nothing to do with Somalia since 1991 neither mattered to the UN nor to Villa Somalia.
In fact, both Deni and Madoobe opposed a selection process that granted Farmajo an edge – a leverage to handpick merceneary MPs representing Somaliland with whose votes he could use as a battering ram to push his agenda though the parliament when need be.
Further confirming teh faltering confidence in Ambassador Yamamoto’s tweet, Deni and Madoobe invented more excuses not to appear at a meeting Yamamoto brokered between the two sides which was scheduled to happen Wednesday evening.
Both Puntland and Jubaland leaders, to underline how neither of them could feel save with their supposedly ultimate leaders and his forces, each of them flew in over a hundred of their personal bodyguards and bulletproof official cars. Both also picked where they wanted to stay in Mogadishu – places that their forces could defend in case things turned ugly with Farmajo. Most – if not all – of the meetings are, consequently, expected to be held within the highly-fortified Halane camp base where all of the Somalia diplomatic corps are located. 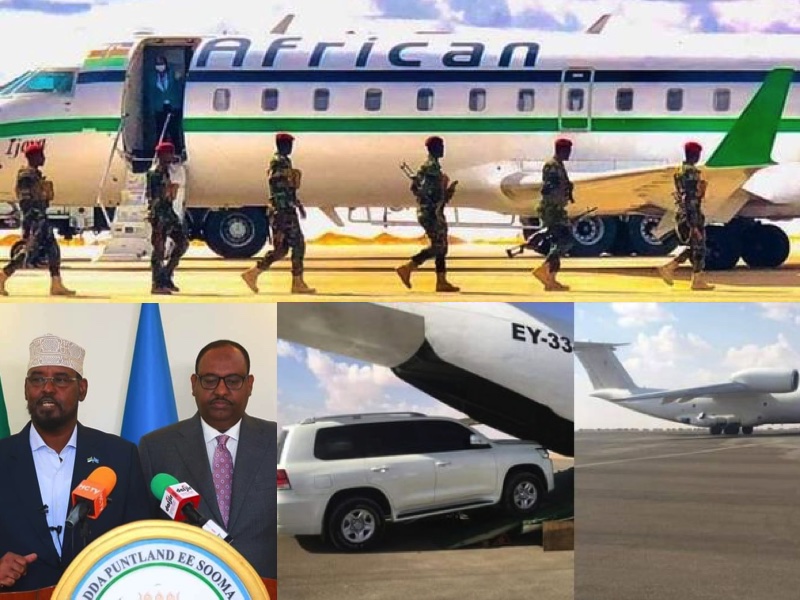 Either way, with or without DEni and Madoobe reaching an agreement with Farmajo, nobody would hold breath to see agreement reached fully and smoothly honoured by either side.
And this comes at a time the United States had disclosed that it sunk more than US$5.3 billion during the past 20 years alone.
It also comes at a time Somalia has unilaterallay went back on its word with Yamamoto and the international community to keep the US-reorganized resumption of talks between Somalia and Somaliland alive. Somalia, as soon as the initial meetings between the two sides ended in Djibouti over 10 weeks ago, started inventing excuse after excuse to keep dithering until everybody was convinced that the much-bandied resumption was more than another dud.
Mr Yamamoto, however, seemed to have had a better, more optimistic meeting with the former President of Somalia, Hassan Sheilkh Mohamoud. His tweet of the meeting said as much.

@US2SOMALIA had productive meeting with @FPHassansheikh today. We are encouraged by signs that #Somalia's political stakeholders are seeking compromise to implement the timely, inclusive #Dhusamareb3 framework. pic.twitter.com/grnrXeSjVX

The coming two days would decide whether Yamamoto will be able to save US face or finally accept the impotence of the soft-tread diplomacy it has been dealing with Villa Somalia thus far.