Professor Ali Khalif Galaydh passed away in Jigjiga of the Somali State of Ethiopia on Thursday under dubious circumstances.

The Professor, as reports indicate, woke up healthy – fit as a fiddle in the morning and was dead shortly afterwards.

Following a state investigation into Professor Galaydh’s death by the regional president, a minister of the Somali State announced that Ali was killed by Covid19. How that happened without the deceased showing any symptoms of the deadly disease or getting ill was beyond explanation and the minister did not even convincingly try to clinically back up his assertion

Professor Galaydh’s family dismissed the state’s declaration of the cause of death as unconvincing.

Mukhtar Hamud, a family member, called for an independent investigation stating that the Professor fell ill after eating food served him which caused him severe diarrhoea. 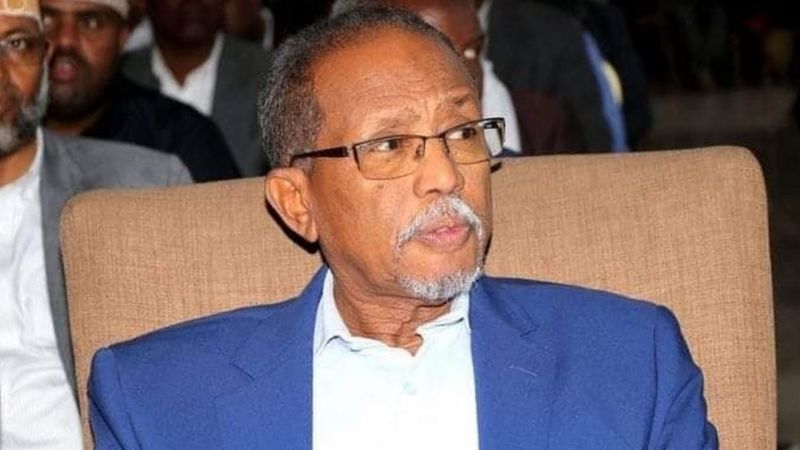 Several prominent Somalis died under similarly suspicious circumstances before the professor among whose common denominators were their outspoken, critical opinions of Ethiopia hegemony which, as critics claim., could have placed them under the vengeful books of Ethiopian security

Awke, particularly, became famous throughout Somali-inhabited areas on his coverages and reports of the Somalia-Ethiopia war coining phrases that highly boosted the morale of the Somali army ho soundly defeated the Ethiopian side before Russia and Cuba came to its aid.

Sugaal’s was violent. His car was rammed to a wall by a  speeding car. He,at some period in his life, became an ardent supporter of the armed ONLF militia group fighting to drive Ethiopian federal forces out of the Ogaden.

The other three met sudden, ill-explained deaths in Jigjiga, the last in Addis Ababa where he was convalescing after an operation.

The other three, critical voices claim, were all poisoned one way or the other.

Galaydh ousted Ethiopian troops from Gedo region which they invaded without permission during his premiership in Somalia in 2000.

All – except Professor Galaydh – were hastily buried without an independent post mortem examination made. His burial has already become the subject of a highly politicized debate.

He made it clear to his followers that Sool and Buuhoodle shared nothing with Mogadishu. Instead, he argued, these regions were inextricable from the rest of Somaliland with whom they were umbilically tied  – politically, geographically, ethnically and historically.

Of course, Somaliland wanted to hold a state funeral for him in Hargeisa or Las Anod – his hometown. Somalia – which he was highly critical of – suddenly jumped into the fray claiming he was a ‘nationalist’, using some of his Khatumo associates abroad.

Galaydh served as prime minister of Somalia under President Abdel Qassem Salat in 2000. Before that, he serves as Minister if Interior in 1965-67 when Somalia and Somaliland were still under one union flag before pulling apart in 1991.

Jigjiga, where he died, wished his body to find a final home there.

Critics point out that creating controversies might be part of the game to necessitate quick funerals with the winning group eloping with the coffin before the other caught up with them.

His excellency the President of the Somaliland Republic, Musa Bihi Abdi, condoles the family and friend of the late statesman.

The President described him as an irreplaceable icon of statehood and peacebuilding.

Both Speakers of the Somaliland bicameral parliament, as well as several hundred more politicians, academicians, business people and media greats voiced their sadness since the news of the professor’s unexpected death came to surface.