SomTribune
Home Opinion/Analysis Rakhia Told: ‘If You Leave the Party for Which You... 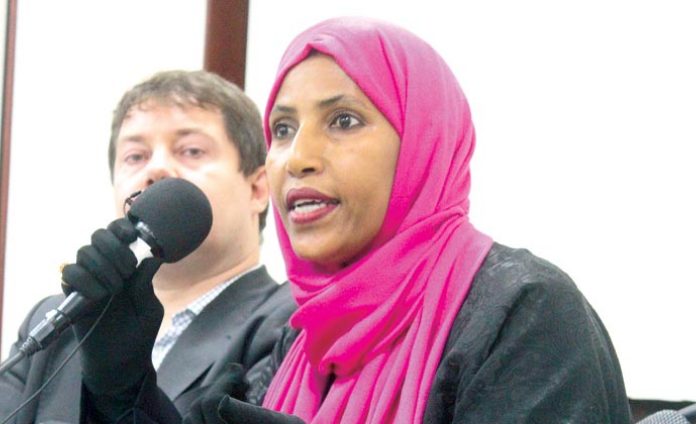 I was surprised by Cllr Rakhia Ismail’s resignation from the Labour Party, (‘I was ignored on knife crime’, October 16).

I am an active member of the Labour Party and know many councillors well. I don’t recognise her description of either the council leadership or the Mayor of London.

I attended several events at which Cllr Ismail was present during her year as our mayor. She represented the borough and its diverse communities well which made her abrupt resignation all the more of a surprise.

It’s not as if the council doesn’t take knife crime seriously. It has done what it can to protect youth services and works hard with other agencies, includ­ing community groups and charities, to divert young people from violent crime. It works with police to detect and arrest perpetrators.

The Labour group has some way to go but it is increasingly diverse. Sixteen of the 45 current Labour councillors are from black or minority ethnic backgrounds.

Cllr Kaya Comer-Schwartz has just become the first black woman to be appointed deputy leader of the council. She is one of 25 women Labour councillors, nine of whom are from black and minority backgrounds.

Another four male Labour councillors are of black and minority ethnic descent. We need to continue to work on this as well as getting more women councillors and increasing the numbers of young, working class, and disabled candidates.

Sadly, as I understand it, Somalis face additional difficulties in being elected to the council. Voting and standing as a candidate for the council is restricted to British and legally resident Commonwealth and EU nationals.

As of January 1 2021, when we’ve completed our departure from the EU, this will mean only EU residents who’ve been granted settled status.

Somalia isn’t a member of the Commonwealth so its legally resident citizens can’t vote or stand for election to the council.

Somalis must apply for and be granted British citizenship before they acquire civic rights. This costs £1,330 (non-refundable) for the application alone.

This is unaffordable for many. It’s over a month’s take-home pay for somebody working 40 hours a week on the minimum wage.

There is the added complication that Somaliland which broke away from Somalia in 1991 isn’t internationally recognised.

Labour’s 2019 election manifesto promised to regularise the franchise, granting votes at all elections to all legal residents over 16 irrespective of nationality. That has to be right.

The obligation to pay taxes and obey the law must bring with it the right to shape those policies at the ballot box. Elected representatives must be accountable to all whom they serve.

On that note I believe Cllr Ismail should resign her seat and stand again at a by-election. She was elected on the Labour ticket. The voters in her Holloway ward should decide whether they wish her to continue to represent them as an independent or the candidate of another party.

This should also apply to Cllr Gary Poole who represents my ward St Mary’s. He also resigned from the Labour Party and now sits as an independent.

I and my fellow electors should have the right to decide whether we wish him to continue. This should be the law. It is definitely a matter of honour.

A convenient opportunity presents itself next May when there will be Greater London Authority elections for the mayor and assembly. This would involve little additional cost to the taxpayer.