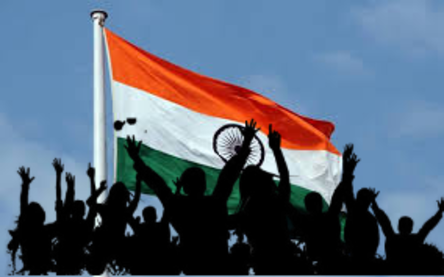 The Indian High Commission in Kenya has said that it is in touch with the Somalian government to rescue 33 Indian labourers who are allegedly been kept hostage by a company in Mogadishu. It also said that it was trying to provide the required assistance to the labourers.

This mission is in constant touch with Somalian government for immediate rescue of 33 Indian labourers from Mogadishu, Somalia. We are in touch with the labourers also for getting them the assistance needed, at the earliest. The Ministry of Foreign Affairs of Somalia has assured that arrangements will be made for these people to visit India soon,” the Commission tweeted in Hindi on Wednesday in reply to a tweet by activist Rajesh Mani.

Rajesh Mani of Manav Seva Sansthan said 33 Indian labourers, including 25 workers from Uttar Pradesh, have been held hostage by a company in Somalia for the last eight months. He said the matter came to his knowledge after a labourer from Kushinagar district contacted him. The activist said he took to Twitter to contact the Indian High commission in Kenya to seek help. “I contacted the Indian High Commission in Kenya and the external affairs ministry through Twitter and e-mail. They gave assurance of helping the labourers,” he said.

Mani said out of the 33 labourers held hostage, 21 belong to Gorakhpur division. Six of the labourers are from Bihar and one each from Punjab and Himachal Pradesh, he said. According to the activist, the labourers had joined the company 10 months ago. In the first two months, the company treated them well, but from the last eight months, the workers were not paid their salaries, he said. On Tuesday, one Sugreev Kushwaha of Kushinagar contacted me through WhatsApp, and told me that 33 Indian labourers were living in difficult conditions as the company at Mogadishu in Somalia, where they were working, had made them hostage in the factory campus. He said they have not been paid from the last eight months. He also sent me a video clip showing their condition, Mani said. When the labourers demanded their salary, the company made them hostage inside the factory campus, took their passports and threatened to shoot them. They have also not been given food, water and medicines since the last 15 days. The labourers have been confined to their rooms and kept hungry and thirsty. The company is treating them like bonded labourers, he added.