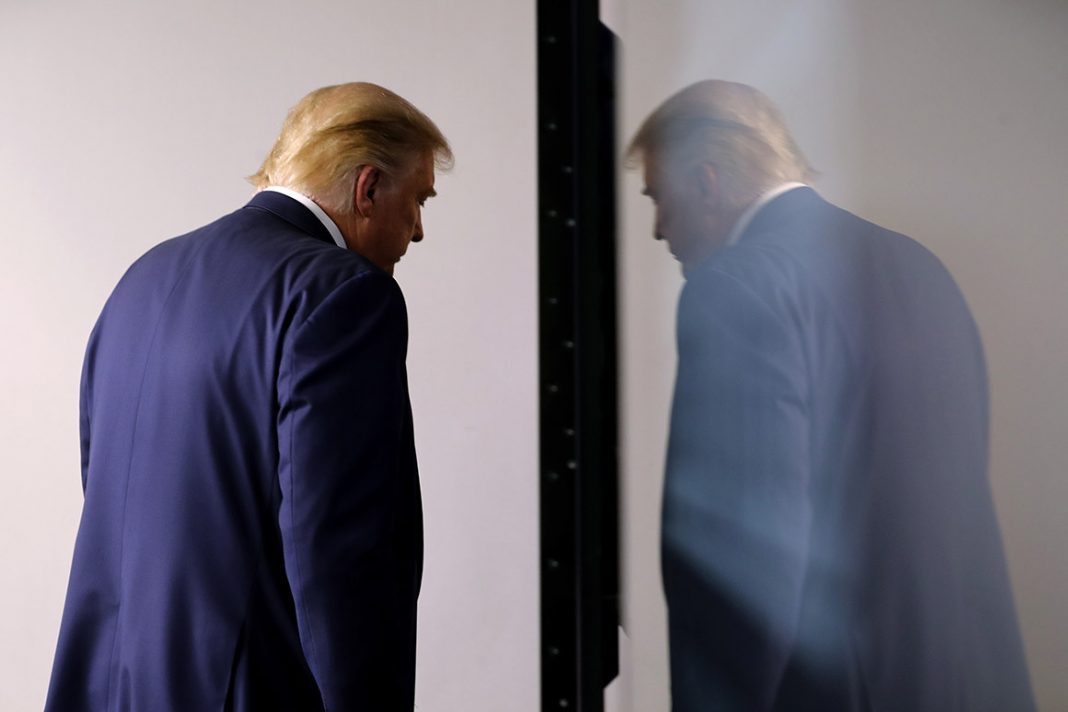 The president tried to turn debate day into a trial of the Biden family’s allegedly shady business dealings. It didn’t go smoothly.

In the end, the Nashville debate was more about Tony Fauci than Tony Bobulinski.

Trailing by nearly 10 points in the polls, and facing the potential for the greatest repudiation of an incumbent president since Jimmy Carter in 1980 — a 400-plus electoral vote victory is possible for Joe Biden — Donald Trump arrived at the final debate of the 2020 campaign seized by an issue that was never really discussed.

One of the hallmarks of the Trump era has been his penchant for pushing fringe characters peddling dubious stories into the center ring of our political circus. In the past he has been an effective ringmaster. Whether it’s retweeting conspiracy theorists (that guy who recently alleged Osama bin Laden was still alive), elevating people who believe drinking water is tainted with Prozac that is causing shrimp to commit suicide (Alex Jones), or putting fringe GOP operatives banished from presidential politics on the payroll (Roger Stone), Trump has often delighted — and benefited politically — from turning the sideshow into the main show.

Trump worked overtime to do that again on Thursday, but it did not go particularly well, before or during the debate. His campaign organized a press conference earlier Thursday at which Bobulinski, Hunter Biden’s former business partner in a failed Chinese investment venture, stood awkwardly in a tight-fitting suit and tie and alleged that Joe Biden knew details about the enterprise.Bobulinski took a page from Trump and his associates: At a press conference, the president once displayed piles of manila folders filled with papers he said included corporate documents proving he had relinquished control of his companies to his children, but he refused to allow reporters to inspect them. In a recent video, Rudy Giuliani sat at a desk strewn with folders that he asserted contained damning evidence about Hunter Biden’s laptop.Bobulinski did something similar: He showed reporters three old cell phones with purportedly incriminating information that he claimed he would hand over to the authorities, but he didn’t let reporters access them.

His next stop was the Nashville debate hall, where he was an invited guest of the president of the United States. This was all announced with great fanfare by the Trump campaign and accompanied by breathless coverage on Fox News and in The New York Post, the only two large news outlets to run with the story.But so far the Bobulinski allegations seem like bubkes. At 10:47, minutes after the debate ended, the Wall Street Journal, part of the same media empire as Fox News and the Post, reported, “Text messages and emails related to the venture that were provided to the Journal by Mr. Bobulinski, mainly from the spring and summer of 2017, don’t show either Hunter Biden or James Biden” — the former vice president’s brother — “discussing a role for Joe Biden in the venture.”Even if Bobulinski is telling the truth, that Joe Biden knew about the China enterprise, it’s not clear what the scandal is — he was a private citizen at the time and not yet running for president. Trump has elevated an unsubstantiated assertion that Biden had knowledge about his son’s legal and failed business venture to a “crime” for which he “should be in jail.” To put in context how absurd this allegation is, one of the first things George W. Bush did after he left the White House was deliver a paid speech in China. Somehow he remains at large.

This isn’t the first time that Trump has made this kind of political miscalculation this year. Before people like Giuliani convinced him that attacking Hunter was the key to a comeback, he was obsessed with defining Biden as a mentally impaired septuagenarian who was so “gonzo” he had to hand control over to the far left. At the first debate this caricature was easily defused by Biden simply standing there and speaking relatively cogently.
In Nashville, it lost more of its effectiveness when Biden repeatedly pointed out that he had defeated Bernie Sanders and other more left-wing candidates in the Democratic primaries, distancing himself without any qualms from the people Trump alleges he’s taking orders from.Similarly, the Hunter bombshell has so far been defused because Trump’s exaggerations and over-the-top allegations bear no resemblance to the available facts.The candidates spent little time on the issue and instead had what in 2020 passes for a substantive debate. Trump was polite and disciplined and sometimes even seemed in command of the issues as they sparred over the pandemic, energy policy, race, and health care. He was a version of the candidate who more than held his own against Hillary Clinton in 2016.He pressed Biden aggressively on his responsibility for the mass incarceration of African Americans as a result of the 1994 crime bill. He scored a few points pushing Biden to seemingly acknowledge he wanted to phase out U.S. oil production. (“Would you close down the oil industry?” Trump asked. Biden responded, “I would transition the oil industry, yes.”) And on immigration policy, he forced Biden to defend the Obama-Biden administration’s spotty record on family separation.It makes you wonder what Trump could have accomplished this year against Biden if he had focused on what’s front and center to voters and didn’t get so distracted and preoccupied by the sideshow.