SomTribune
Home Sports How Much Do Liverpool Players Earn Per Week? 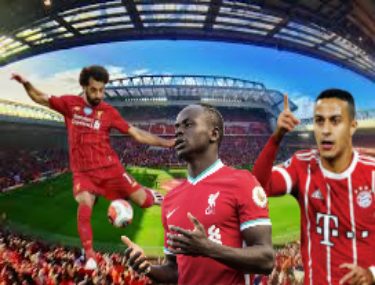 Combined, Liverpool has a wage bill of over £2.3 million a week.

Liverpool’s 2019/20 title-winning campaign was always going to be a very tough act to follow.

The champions have arguably had more setbacks already this season than they did in the whole of last term.

Aside from the humiliation at Villa Park, Jurgen Klopp’s side have been knocked out of the EFL Cup, lost Virgil van Dijk to an ACL injury, twice thrown away a lead against Everton, and looked unconvincing against Ajax.

However, they are finally finding some momentum thanks to three consecutive wins in all competitions.

Crucially, Klopp has more strength in depth than ever before thanks to the summer arrivals of Thiago Alcantara, Diogo Jota and Konstantinos Tsimikas, so there are still plenty of reasons to be optimistic.

And now that their 25-man Premier League squad has been confirmed, we’re now able to break down every player’s weekly wages with data from Spotrac.

Unsurprisingly, Salah tops the list. The Egyptian scored his 100th goal for the club in the 2-2 draw with Everton, a feat he’s managed in just 160 appearances.

Signed from Bayern Munich this summer, the Champions League winner was always going to command a high salary and his early performances suggest he’ll be worth every penny.

Just the one goal in eight games so far. It hasn’t been an easy start for Firmino.

If the Reds needed a reminder of the centre-back’s importance, then the hysteria since his injury ought to do the trick.

Mane’s most recent deal, signed in late 2018, took him up to £150,000. However, for arguably Liverpool’s most potent attacker, he isn’t in the very highest echelons of their wage structure.

Ironically, the skipper sometimes shows his worth best when he doesn’t play. Without Henderson, Liverpool’s central midfield isn’t the same outfit.

Just for sheer professionalism, you can’t argue with Milner being among the top earners. The 34-year-old is still in the shape of his life and while he’ll be playing a reduced role this season, he’s so versatile that there will always be games for him somewhere on the pitch.

Keita hasn’t always lived up to the hype since arriving on Merseyside, but there’s undoubtedly a player in there somewhere. It’s just a pity that injuries continue to disrupt his rhythm.

Speaking of injuries… The Ox hasn’t made an appearance yet this season but even in his injury-ravaged spell at Anfield, he’s still produced some moments of brilliance.

Van Dijk’s injury means Matip should have had a chance to prove himself, but he’s now also sidelined.

Robertson signed a new contract in January 2019. The Scotsman has been transformed into one of the world’s best left-backs and presumably, if he continues at his current level he’ll be earning even more soon.

Fabinho is imperative to Liverpool’s squad and has shown he’s even competent at centre-back, too.

It’s no surprise to see a goalkeeper on relatively low wages, but Alisson is one of the best on the planet. Without him, Klopp has been left with the hapless Adrian.

Shaqiri knew he would be playing a bit-part role when he joined and he’s exactly the sort of option Klopp needs on the bench. The former Stoke man was involved in the build-up to Jota’s goal in midweek and he’s a more than capable back-up option.

It was thought Wijnaldum might move on in the summer and the Dutchman could earn a significant pay hike elsewhere.

There was a lot of excitement when Minamino joined. The Japan international definitely has quality in his locker but he’s so far down the pecking order and hasn’t shone when given his opportunities.

The left-back will also struggle for game time, naturally, but it’s costing Liverpool relatively little to keep him on the books.

A cult hero, but one whose wage is probably fair despite some iconic late goals. Origi is reportedly set to leave in January.

At £41m, Jota was a real bargain and has already looked impressive since joining from Wolves.

What?! The best right-back in the Premier League is on absolute peanuts when you consider his performances, but the contract he signed in January 2019 kept him on a relatively low wage because of his age.

You have to feel for the 33-year-old, whose confidence must be at an all-time low after a string of errors in 2020.

Gomez is only 23. That said, there’s no way the defender deserves to be so low down the scale.

Williams generally looks like a real talent, despite that mistake against Lincoln. The Wales international, 19, is definitely one for the future.

With every Adrian clanger, the young Irishman is knocking on the door. Klopp has utilised Kelleher in the domestic cups previously and he does look competent – it’s just a question of when he’s ready to make the step up.

The Polish goalkeeper is still young and has been sent on loan to Danish Superliga club AGF this season to get some experience.

Combined, Liverpool have a wage bill of over £2.3 million a week.

It hasn’t been cheap to assemble that squad, but it means they have some serious depth as they look to challenge on three fronts this season.