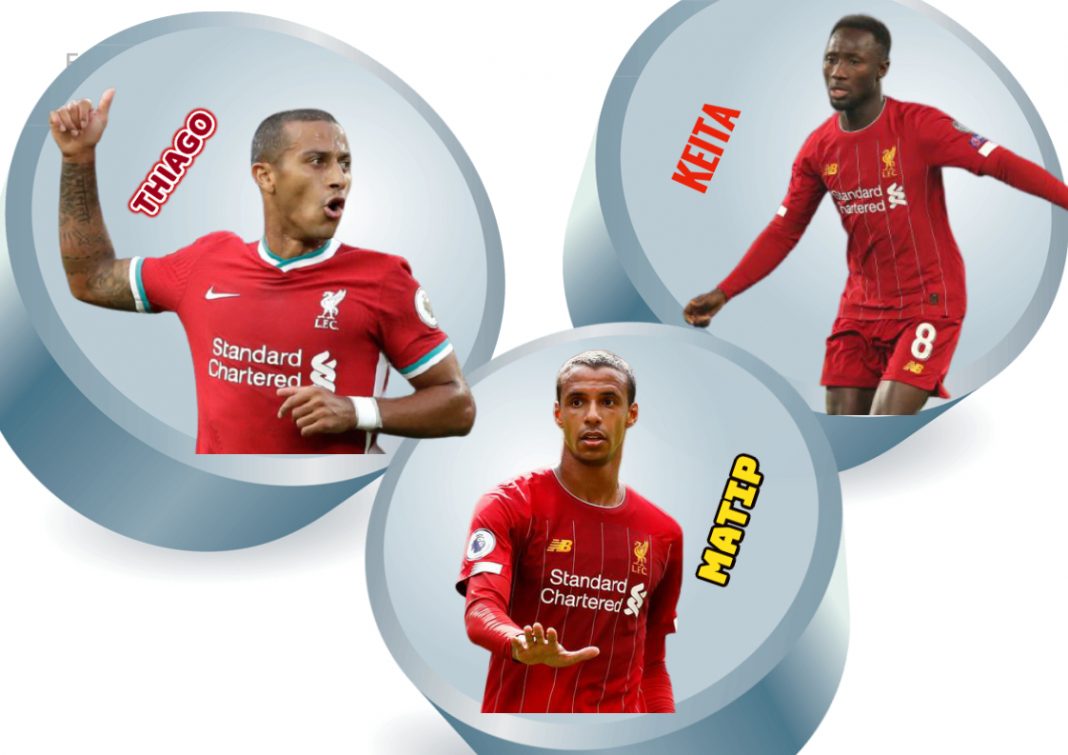 The Reds are top of the table while Manchester City are stuck down in 10th with three wins, two draws and a loss from their opening six games of the season.

Pep Guardiola’s side are five points behind Liverpool, even if they have a goal in hand over the Reds, so this clash could be an important one to win.

While the race between City and us isn’t as close as it has been in recent years, it’s always good to beat City and lay a marker moving forward.

Fans will be looking for snippets of good news and that can definitely be found among the injury reports coming out of the Etihad. Sports Mole have reported that Liverpool have been handed a really nice triple boost before Sunday.

Fernandinho, Benjamin Mendy and Sergio Aguero are all doubtful for the game. Fernandinho and Aguero are big losses, while the Mendy absence means that one of Joao Cancelo or Oleksandr Zinchenko will have to take to the field at left-back.

Liverpool, meanwhile, should be able to welcome Naby Keita and Joel Matip back to the side – although Thiago could still miss the clash, reported the Echo.

Matip’s arrival will be welcome, even if Nat Phillips had a really good debut against West Ham last week. Rhys Williams will be sniffing out a few Premier League minutes, and his fine performance against Atalanta in the Champions League will have given Klopp a few sleepless nights.

Injuries seem to have had a big impact on this season and will continue to shape the Premier League moving forward. Liverpool have been given a boost by the news that Fernandinho, Aguero and Mendy are all out – even if Klopp has injury troubles of his own.

Jordan Henderson: We’ll Give Everything to Change Our Situation

Chelsea Back in the Premier League Top-4