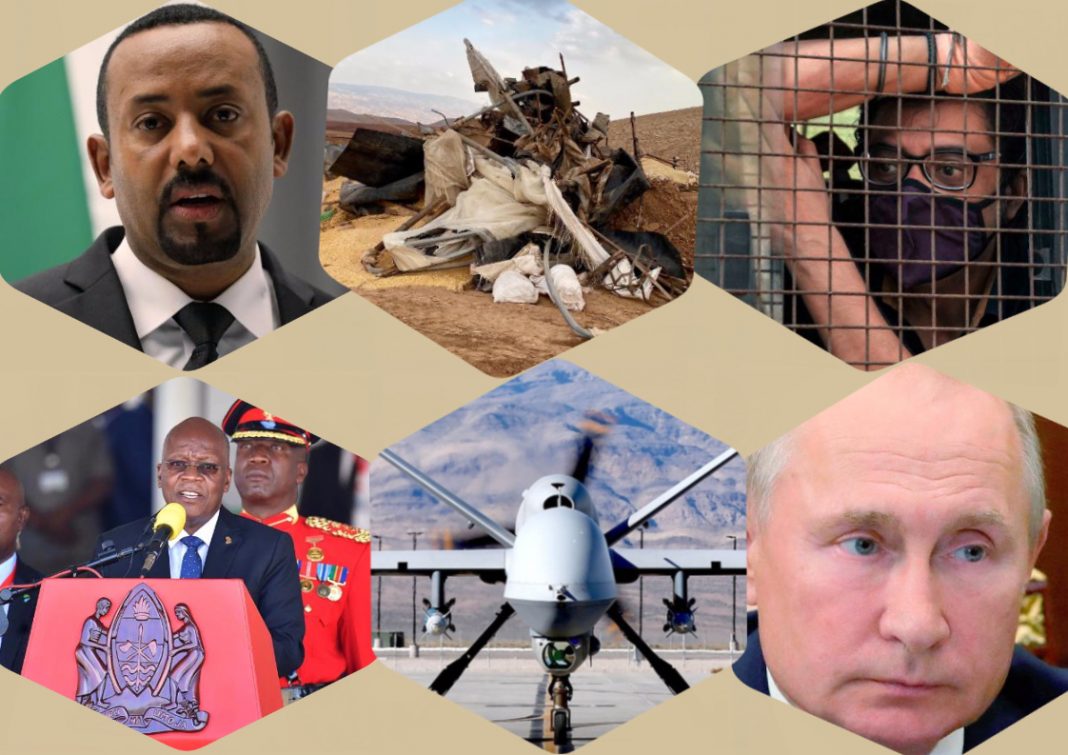 If you’ve been glued to coverage of the US presidential election this week, you might have missed what else is going on in the world.

So while you wait for those final ballots to be tallied in the remaining states, here’s a few other stories to get you up to speed. 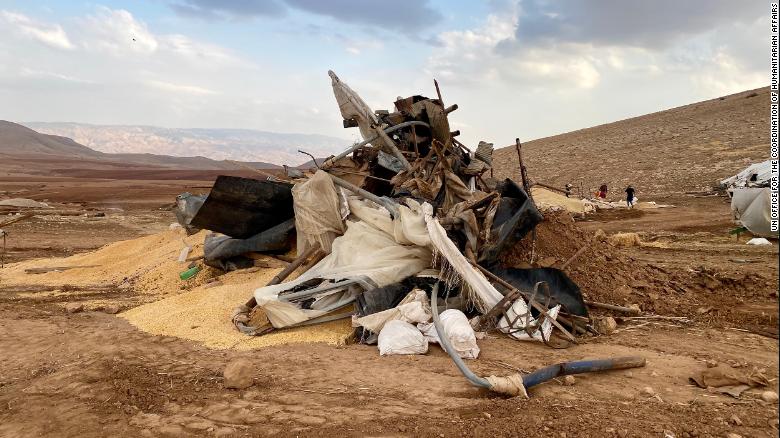 The remains of a Palestinian village in Khirbet Humsa in the West Bank on November 4.
The Israeli military demolished a large portion of a Palestinian community in the West Bank, leaving 73 people, including 41 children, homeless.
The United Nations described Tuesday’s demolition in the community of Khirbet Humsa as “the largest forced displacement incident in over four years.”
Israel’s Coordinator of Government Activities in the Territories (COGAT), which administers the occupied West Bank, said seven tents and eight pens were destroyed because they were built illegally in a firing zone in the Jordan Valley.
“We will note that the enforcement was carried out in accordance with the authorities and procedures, and subject to operational considerations,” COGAT said in a statement.
Yvonne Helle, a senior UN Development Programme official in the Palestinian territories, criticized COGAT’s reasoning for demolishing the structures, some of which had been donated as humanitarian aid. “The lack of Israeli-issued building permits is typically cited as a reason, even though, due to the restrictive and discriminatory planning regime, Palestinians can almost never obtain such permits. Demolitions are a key means of creating an environment designed to coerce Palestinians to leave their homes,” she said.
This year, 869 Palestinians living in the West Bank and East Jerusalem have been left homeless following widespread demolitions, according to the UN. 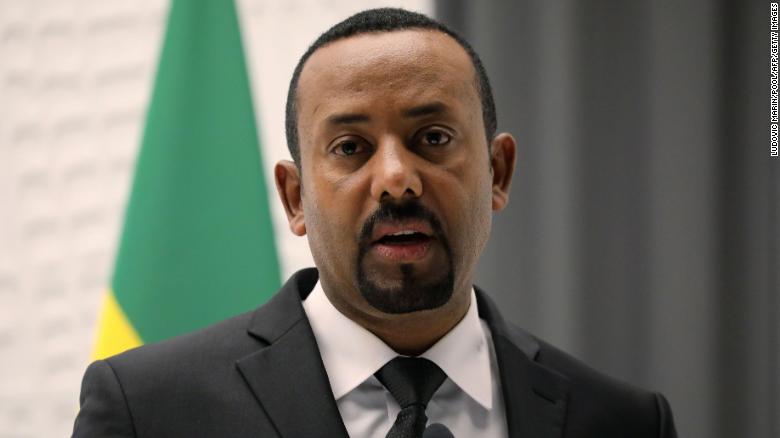 Ethiopian Prime Minister Abiy Ahmed said on Friday that the military operations in Tigray were “limited.”
Ethiopian Prime Minister Abiy Ahmed ordered troops into the restive northern Tigray region, a move he said was in response to an alleged attack by the Tigray People’s Liberation Front (TPLF) on a federal military base in the regional capital of Mekelle.
Abiy accused the TPLF on Friday of “criminal hubris & intransigence” in a message on Twitter, claiming they rejected the federal government’s efforts at “mediation, reconciliation, dialogue.” He said that the ongoing military operations in northern Ethiopia “have clear, limited & achievable objectives.”
The president of Tigray, Debretsion Gebremichael, blames the federal government for the current escalation, saying the region is acting in self-defense.
On Wednesday, the federal government announced a six-month state of emergency in Tigray, which gives them broad security powers. Internet and communications lines have been blacked out in the region according to local reporters.
Ethiopia’s military said on Thursday that it was at “war” with the ruling party of the Tigray region.
The current round of tensions in Tigray started in August when Abiy’s government delayed scheduled elections because they said the risk of Covid-19 was too high.
Officials in Tigray cried foul and held their own election in September anyway, with more than 2 million people turning up to vote.
The TPLF was the dominant political force in Ethiopia’s multi-ethnic ruling coalition for decades, but quit after Abiy, a member of the Oromo ethnic group, took office two years ago and reorganized the coalition into a single party.
Foreign observers and diplomats are increasingly worried that the situation could significantly escalate within Tigray and beyond. Sudan has closed its border with Ethiopia, citing “security tensions.” 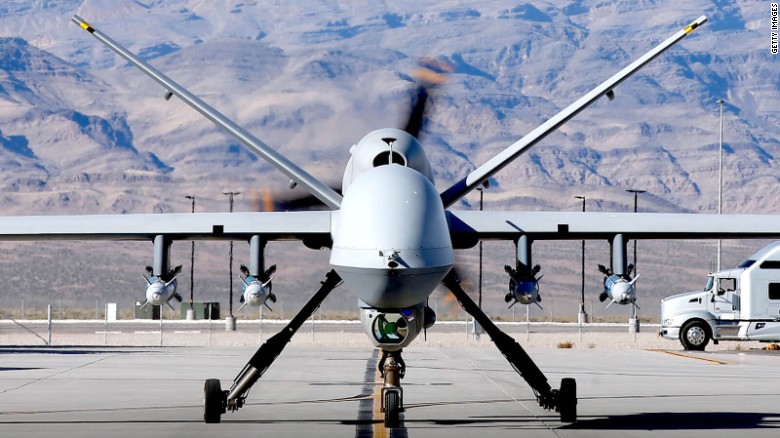 A MQ-9 Reaper military drone.
The US State Department informed Congress Thursday of the Trump administration’s intent to sell 18 armed MQ-9B drones to the United Arab Emirates for an estimated $2.9 billion, a congressional aide told CNN on Friday.
The department also informed Congress the administration intends to sell approximately $10 billion in ordnance, including precision-guided munitions, so-called “dumb” bombs, air-to-air missiles, and air-to-ground missiles, said the aide, who spoke anonymously to discuss the details of the intended sales.
This comes a week after President Donald Trump’s administration issued an informal notice to Congress of an intended sale of 50 F-35 jets to the oil-rich Gulf nation. That sale is estimated at around $10 billion, according to two Democratic congressional aides.
The sale of the advanced fighter jets to the UAE was reportedly put on the fast track by the Trump administration as it worked to establish diplomatic relations between the UAE and Israel. That sale could be formalized in the next few months.
A CNN investigation last February revealed that the UAE and Saudi Arabia — key allies in a campaign to crush Iranian-backed Houthi rebels in Yemen — supplied US-made equipment to al Qaeda-linked fighters, hardline Salafi militia and other fighting factions in Yemen. The findings marked a breach of agreements with Washington, which stipulated that the UAE and Saudi Arabia were legally required to receive permission to transfer equipment to other parties.
The Trump administration cleared the UAE of wrongdoing in May of this year.

Tanzania’s President was sworn in after a disputed vote 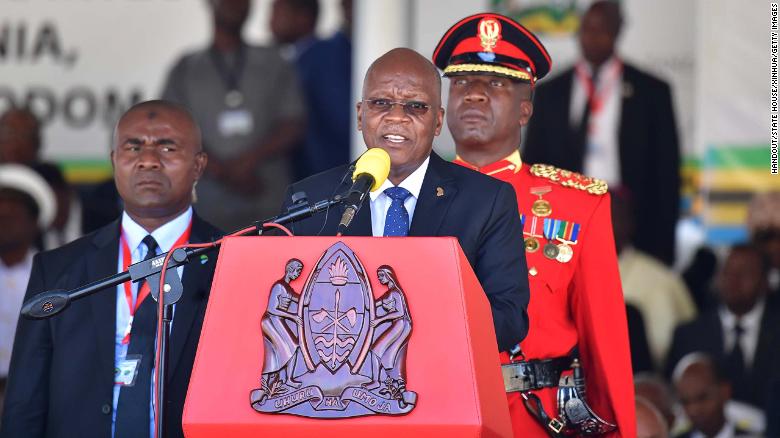 Tanzania’s newly re-elected President John Magufuli speaks at his inauguration ceremony on November 5.
Tanzania’s President John Magufuli was sworn in for a second five-year term on Thursday despite the opposition’s call for a repeat election, citing widespread irregularities and fraud.
The October 28 vote was marred by the arrests of candidates and protesters, widespread blocking of social media and allegations of restrictions on agents of political parties to access polling stations, multiple voting and pre-ticking of ballots, the US embassy said.
Earlier this week, opposition coalition leaders had called for protests against the outcome, which returned Magufuli to office with 84% of the vote.
On Monday, Tanzanian police arrested Freeman Mbowe, the leader of the main opposition party Chadema, along with four other opposition leaders who had called for the demonstrations. They were released from police custody on Tuesday.
The elections took place simultaneously both in Tanzania and in the country’s semi-autonomous state of Zanzibar, where the opposition presidential candidate, Seif Sharif Hamad, was arrested along with other leaders of his ACT-Wazalendo party after calling for protests.
In Zanzibar, the CCM ruling party’s presidential candidate, Hussein Mwinyi, was declared the winner after securing 76% of the vote.
“Detaining opposition leaders is not the act of a government confident in its electoral victory,” US Ambassador to Tanzania Donald Wright said.

One of India’s best-known news anchors was arrested 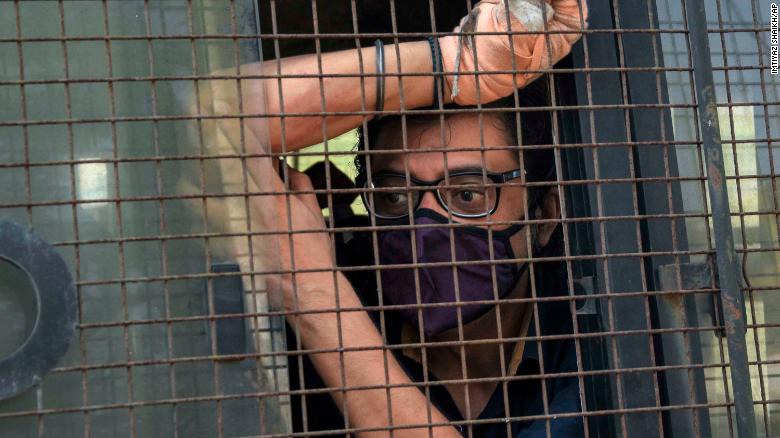 Indian television news anchor Arnab Goswami sits inside a police vehicle after he was taken to court following his arrest in Mumbai on November 4.
Arnab Goswami, the face and founder of right-wing broadcaster Republic TV, was arrested at his home in Mumbai on Wednesday for his alleged role in the death of Anvay Naik, who died by suicide in 2018, according to a statement from the broadcaster.
The case reflects the country’s increasingly fraught and politicized media environment.
In a video posted online in May and shared widely by Indian social media users, Naik’s wife Akshata alleged that Goswami contributed to the suicide by failing to pay Naik for designing his television studio. Naik’s suicide note — which CNN has independently verified with his daughter — claimed that Goswami and two other people owed him $726,000.
But Goswami and Republic TV deny those allegations, saying in a statement Wednesday that 90% of the money was paid to Naik’s company over two years ago. The official court document on the case does not specify whether the money was paid before or after his death.
According to Goswami’s statement, police previously investigated him for his alleged role in the suicide, was closed in April last year after police found “no proof of any illegality.”
Republic TV said that the pro-government anchor’s arrest was made “as part of a larger vindictive exercise against an independent journalist and an independent news organization” and claimed it was an “attack on the fourth estate.”
That sentiment has been reinforced by members of Indian Prime Minister Narendra Modi’s ruling Hindu nationalist Bharatiya Janata Party (BJP), but state politicians — who hail from a more liberal coalition government — deny that the arrest is political.

In Russia, new legislation could give former presidents lifelong immunity 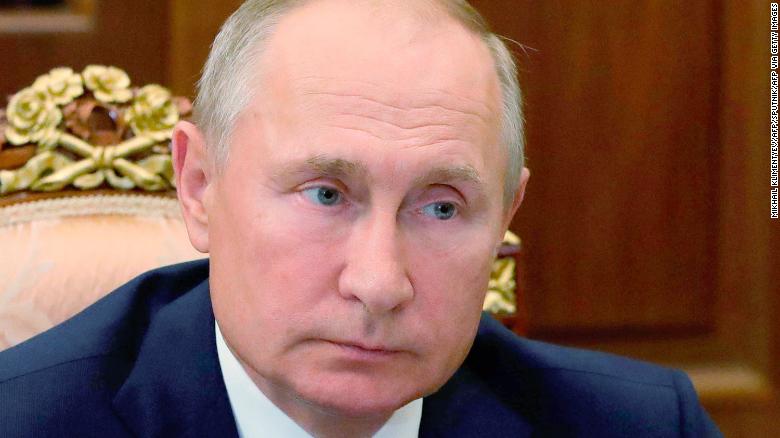 Russian President Vladimir Putin will be assured lifelong immunity from criminal prosecution if the bill is passed by lawmakers.
Russian lawmakers submitted a draft bill that would grant former presidents lifelong immunity from criminal prosecution, state-run news agency TASS reported Thursday.
Under current Russian law, presidents cannot be prosecuted for crimes committed while in office. The proposed change seeks to extend that immunity in perpetuity.
It was submitted by a parliamentary group that earlier this year assessed President Vladimir Putin’s controversial constitutional amendments which grant him the option of staying in power until 2036.
“This order acts as a guarantee against unjustified persecution of the former head of state and recognizes the importance of his role in the general system of public authority,” Senator Andrey Klishas, the group’s co-chair, told TASS.
The legislation has to go through three readings in the lower house of the Russian parliament, a review in the upper house, and then be signed by Putin, to come into force.
The new bill also makes the process of revoking a former president’s immunity more difficult.
The latest legislation comes a week after Putin submitted another bill under his constitutional reforms which would give ex-presidents a lifetime seat in the upper house of the Russian parliament — the Federation Council.

The U.S. Should Sanction Somalia’s President for Human Trafficking

Abu Dhabi Is Safest City in the World