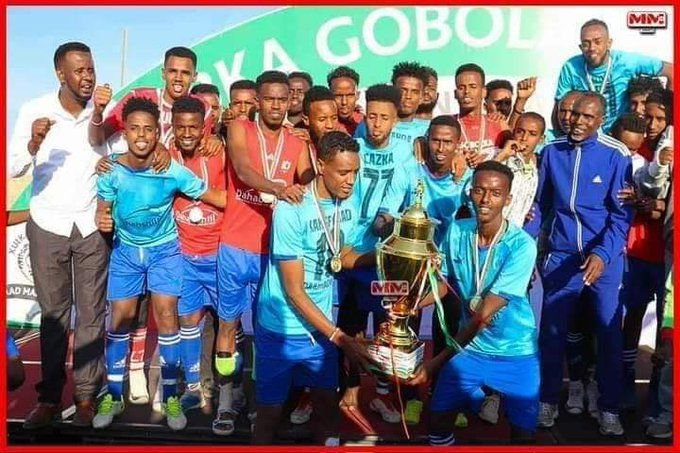 The Daadmadheedh regional squad won the national soccer tournament trophy today after beating the capital side 2-1 on fulltime. 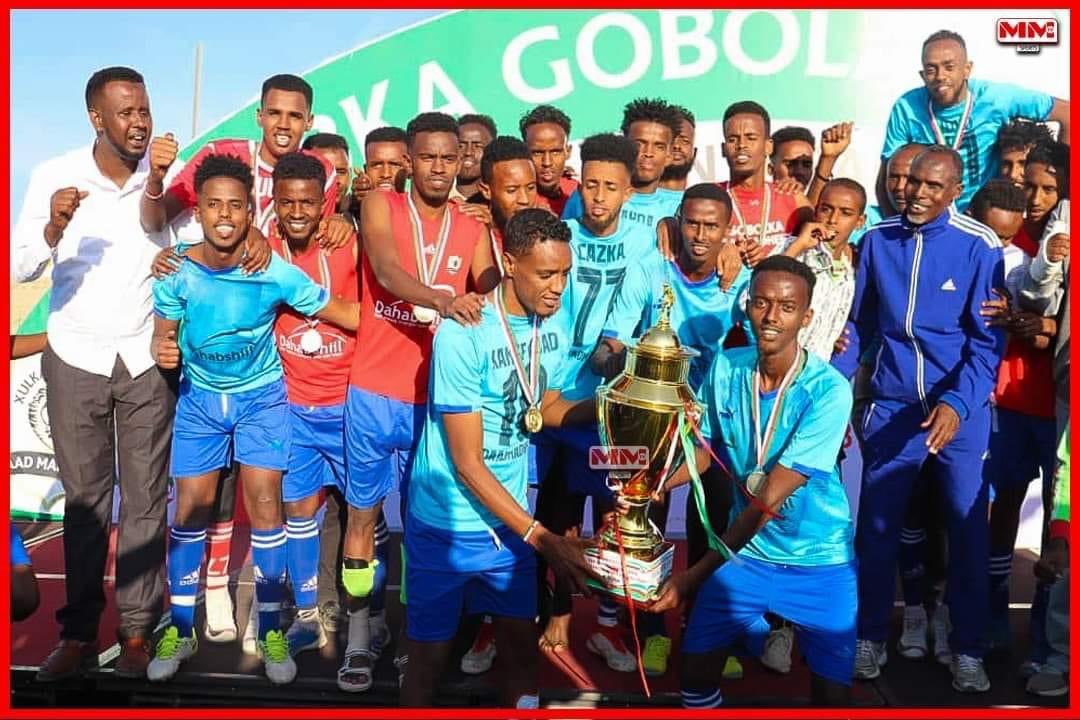 In a tightly contested tournament, attended by the President of the republic of Somaliland, Musa Bihi Abdi, and a covey of ministers including Interior, Mohamed Kahin, Sports and Boss Mire Mohamed, and Information, Suleiman Yussuf Ali Koore, and a great number of parliamentarians, both teams demonstrated skills and stamina that thrilled a fully-packed stadium.

The first half of the match ended with a 1-1 draw. Wardi Ahmed Hassan (22) – a midfielder – signed the first goal for the Daadmadheedh side on the 9:35 minute. ten minutes later, one of the most talented players in Somaliland’s first division Municipality team, Mohamoud Ahmed Hassan ‘Govinda’ (11), forward, equalized with a skilfully scored goal for Maroodijeex.

Only six minutes from full time on the second half of the match, Khadir Mustafa Mohamed, sealed the winning goal for Daadmadheedh.

The Daadmadheedh victory was especially significant because the region represented the rest of the eastern Somaliland squads of Sanaag, Sool, Badhan, Togdheer, Saraar, Buuhoodle and Haysimo who did not make it to the final. 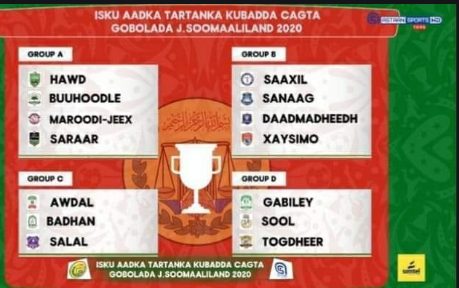 Fourteen teams participated in this year’s tournament which generated so much positive reaction among the public and waves of supporters who did not leave a space unoccupied since the matches kicked off on 28 October in a match between Hawd and Buuhoodle.

President Bihi handed the winner, Daadmadheedh, and runner-up Maroodijeex (Hargeisa) the trophies. Best player of the tournament went to the captain of the Hargeisa squad, Abdikarim Mohamoud Hersi ‘Gucci’.

Best coach spot went to Mohamed Mohamoud ‘Diridhaba’. He won national tournaments twice for Maroodijeex in addition to the 2020 trophy which his side, Maroodijeex, clinched.

During the course of the tournament, the Togdheer and Hawd squads were suspended of participation in national tournaments for four and five years, respectively, for infringements. Coaches and players were also handed stiff fines and suspensions. 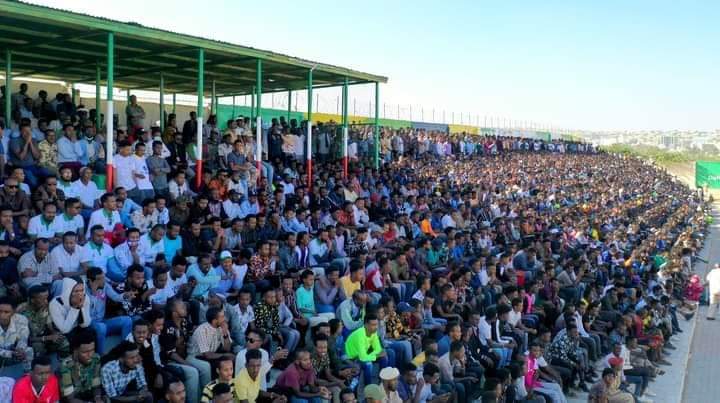 What made the live-televised tournament more remarkable, more memorable than similar matches elsewhere in the region and the world was the brotherly spirit and sportsmanship the young players representing the regions showed throughout.

The behaviour demonstrated by the two teams who clashed in the final match exemplified that spirit. 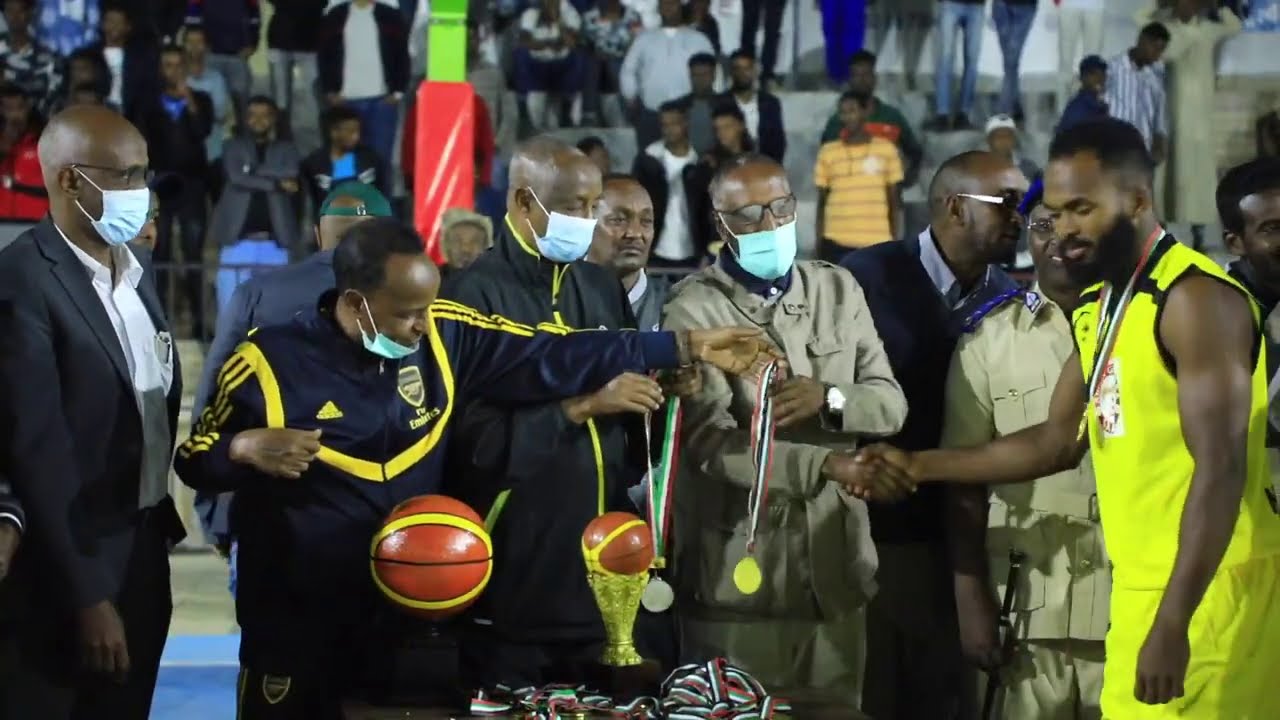 The Maroodijeex basketball squad won the regional trophy on Saturday. Saraar collected many of the field-and-track medals. 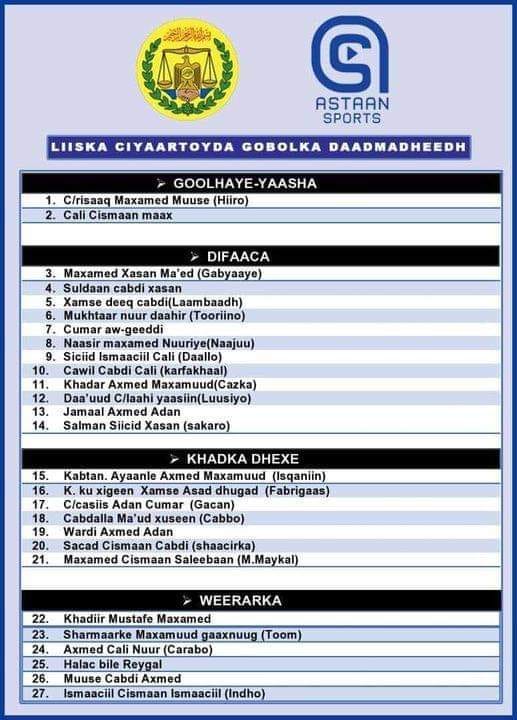