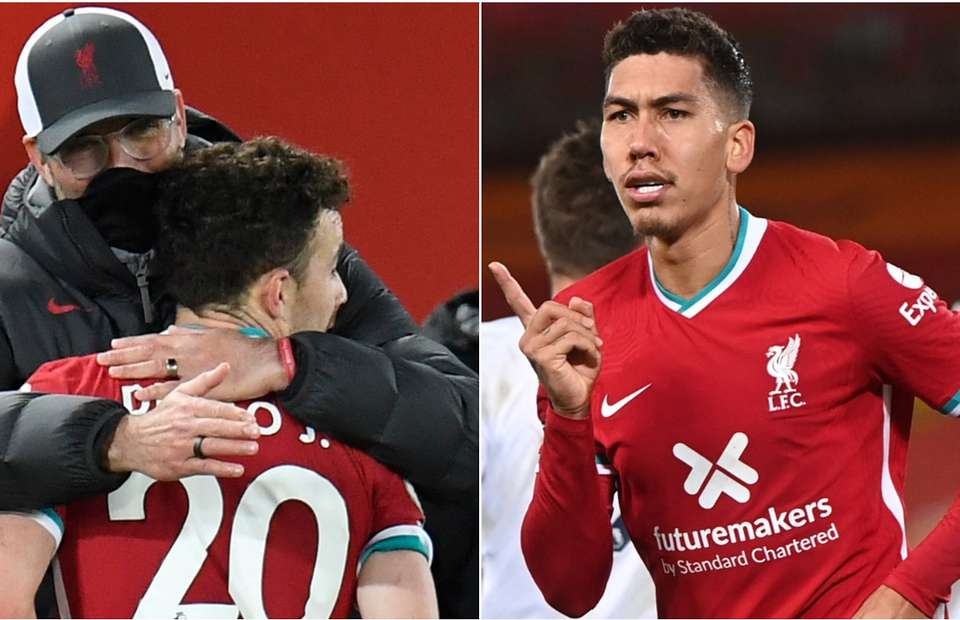 Throughout a spell that has now lasted for 278 games, Jurgen Klopp has managed Liverpool in three cup finals, European double-legged knockouts and title race six-pointers, but the Reds’ 3-0 win over Leicester City on Sunday was one of the most significant results of the German’s Anfield reign.

That might seem like hyperbole laced with recency bias, but the dominant nature of the scoreline and Liverpool’s performance overshadowed just how big a challenge the Premier League champions faced going into Sunday’s late kickoff, and how debasing the consequences of defeat would have been.

Liverpool’s injury list ahead of the weekend stood at a staggering 14 players, with Transfermarkt valuing that side-lined cabal at in excess of £400m, and in the absence of Virgil van Dijk, Jordan Henderson and Mohamed Salah, Klopp was without his most important and influential players in each area of the pitch.

It doesn’t matter which club you are, how much money you have or how big your squad is; when over £400m of talent is either doubtful or confirmed to be absent, putting together a competitive starting XI for any game is the most stringent of tests, requiring expert understanding of the squad, the ability to organise quickly and the knack of motivating effectively to pass. Not every Big Six manager could have pulled it off.

That only rings even truer straight after an international break as players are returning at different times from all corners of the globe, and even truer again when facing a side at the top of the Premier League table.

While few will tip Leicester to finish the season there, one of the big dangers of defeat on Sunday was how it would legitimise the Foxes as genuine title contenders, creating another avenue for the Reds to feel pressure from throughout the remainder of the campaign. The other was how it would also psychologically galvanise the rest of Liverpool’s title rivals.

Perception is often more powerful than reality and a home loss to Leicester would have highlighted just how weakened Liverpool are right now, and in turn just how conceivable it is that Chelsea, Tottenham, Man City or Brendan Rodgers’ side could end the season as the new champions.But Liverpool managed to flip the situation on its head. Beating Leicester while being down to the bare bones has moved them into a position of strength, just when there was a genuine chance of the ninety minutes seeing Liverpool’s season begin to capitulate.

Of course, one game alone never makes or breaks a campaign, but it would’ve been a disastrous start to an incredibly tricky period that Klopp will have to delicately navigate through. Over the next few weeks the Reds face Atalanta and Ajax in the Champions League and Wolves and Tottenham in the top flight – the last thing Liverpool needed on Sunday was the kind of performance or result that allowed doubts to surface, whether internally or externally.

Even during the game itself, problems came Liverpool’s way. After a solid first half Naby Keita was forced off, further compounding Klopp’s injury problems and obliging the Reds boss to move James Milner from right-back into midfield. Although the former England man’s more than talented and experienced enough to take such role changes in his stride, those kinds of reshuffles can easily upset the balance and rhythm of a team.

Likewise, when Roberto Firmino hit the woodwork for the second time in the 77th minute, on this occasion just one centimetre of ball failing to cross the goal-line, a feeling protruded that Leicester might still be able to get something out of the game, especially playing against weary Liverpool legs. But the Reds never took their foot off the gas and their sustained pressure eventually told when the Brazilian popped up in the box again to head home from a corner.

While Leicester admittedly made things easier for Liverpool by surrendering an early lead through a Jonny Evans own goal, the fact the Reds produced one of their most dominant performances of the season shouldn’t be overlooked. This wasn’t a fortunate 3-0 or a clever smash-and-grab on the counter-attack: Liverpool played like champions and won like champions, dominating play for the vast majority of the game.

And just couple all this with how Liverpool’s win has actually impacted the Premier League table. It not only saw them go ahead of their opponents on the day but also drew them level on points with Tottenham and came on a weekend where Liverpool’s biggest challengers for the title on paper, Manchester City, slumped all the way down to 13th – virtually out of sight.Sunday’s result and performance quite simply couldn’t have come at a better time for Liverpool, and that is why it feels so vitally important. The Leicester clash could have been a turning point onto a downward spiral, but instead it’s served to only solidify their case for successfully defending the crown.

Should Liverpool manage to do so, Klopp might just look back at this weekend as the campaign’s most defining moment – the banana skin that was avoided, as his weakened Reds instead put one strong foot forward and kickstarted their march to a second consecutive title.