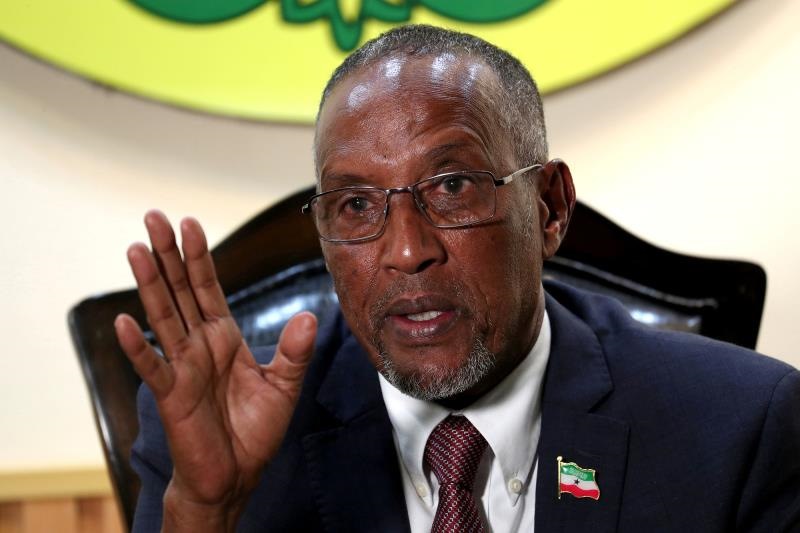 Kulmiye, the ruling party, has seen a succession of appointments and job transfers since the start of the month. Since Somaliland President Musa Bihi Abdi (MBA) imposed himself as party head at a congress in October, his disciples have taken all the key Kulmiye positions. The power grab came after internal struggles and divisions that came to light in September and which continue to resound in Hargeisa. The drama unfolded in two acts.

Traditionally, the person in that job stands alongside the presidential candidate in the election race. But MBA instead chose a close associate, business minister Mohamud Hassan Sajin, who worked for some time in the United Arab Emirates and is married to a member of the head of state’s family circle.

Act II: the party heavyweights’ boycott. As sitting president, MBA is not supposed to lead the party. Saylici’s sidelining and the refusal to follow tradition prompted two of Kulmiye’s historical figures to walk out of the congress in October. The dissidents were Mohamed Ibrahim Adam, known as Qabyotire, a planning minister under the previous administration, and Mohamoud Hashi Abdi, one of the co-founders of Kulmiye in 2002. Hashi is a former minister of presidential affairs and right-hand man of ex-president Ahmed Mohamed Mahamoud, better known as Silanyo (2010-2017).

Hashi and Qabyotire were both candidates for the party’s presidency. They refused to take part in a congress they described as “rigged” and aimed solely at strengthening MBA’s power. They nevertheless refused to leave the party. Somaliland’s constitution authorises only three political parties, whose accreditation is reviewed every ten years. If they had left Kulmiye, Hashi and Qabyotire would have lost any political power they had.

Hashi, who has not hidden his intention to take back Kulmiye, is now biding his time. Without him, MBA would lose a large part of his electoral base. Hashi knows this and intends to turn it to his advantage. He is one of the most influential politicians in eastern Somaliland, a region rich in livestock which has produced many of the country’s wealthiest people. He hopes he can capitalise on the resentment some of his Habar Jeclo sub-clan, who have been deprived of political power, feel towards Bihi. Powerful families such as the Deero, which owns Deero Group (livestock and construction), and the Al-Harbi, which owns the National Flour Mill Co, belong to the Habar Jeclo.