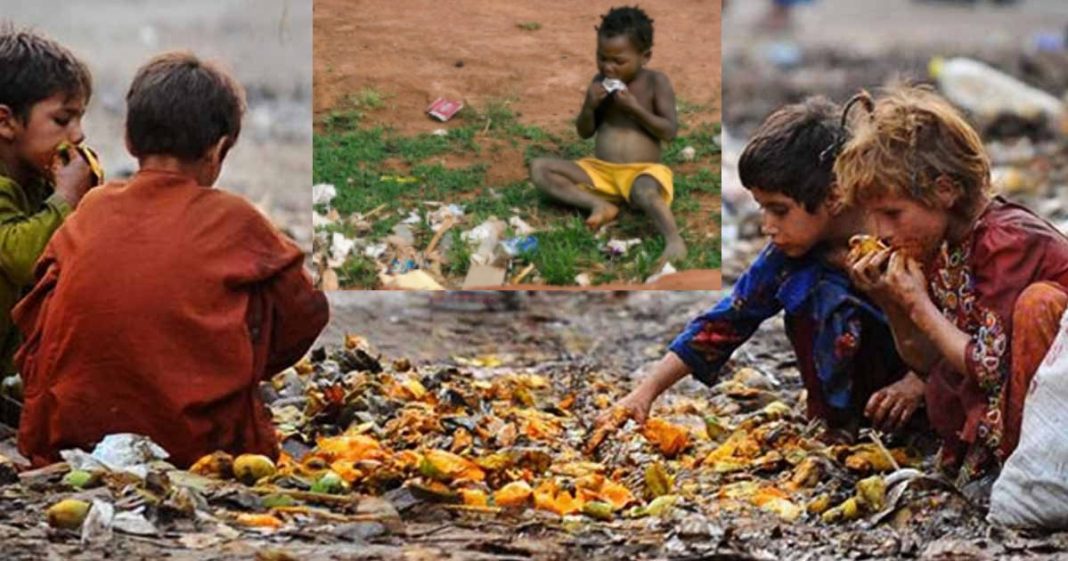 Covid-19 could be the catalyst that forces us to construct governments that will lift hundreds of millions of people out of destitution.

We don’t know exactly when my father was born but we do know where – a village in rural Punjab, India, several years after Partition. Like practically all of his compatriots, as well as almost everyone else on the planet, there was no doctor present. The chances of him dying before his fifth birthday was about one in four. He was born poor and, at the approximate time of his birth, two in three people around the globe lived in extreme poverty.

Fast forward to my birth in September 1990, and the numbers living in extreme poverty had fallen to around one in three. These trends accelerated. In my lifetime, more than a billion people have been lifted out of extreme poverty and, at the turn of this decade, less than one in ten of the world’s people were completely destitute (Figure 1). The arc of history appeared to be bending toward a world without poverty.

Figure 1: Global Extreme Poverty and Infant Mortality Rates
Data taken from the World Bank and Our World in Data 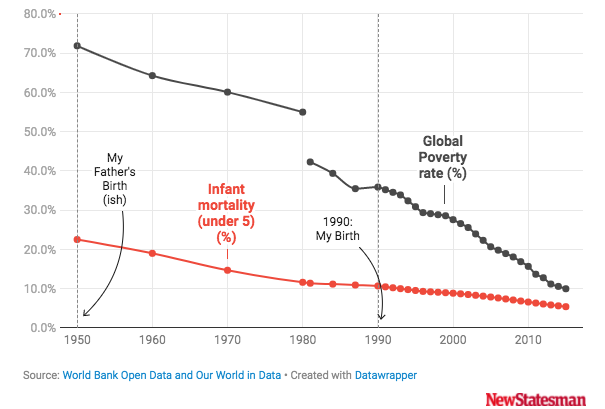 Appearances, however, can deceive. Even before Covid-19 struck, the rate of poverty reduction was slowing down. The arc was flattening. To understand why, we need to look at exactly where extreme poverty fell so rapidly over the past three decades. It did not decline evenly across the globe – around half of the reduction in global poverty can be attributed to China alone (Figure 2), a nation whose government had both the strength and ability to rapidly reduce poverty. And what was true for China in particular, was true for the world in general – poverty fell more quickly in nations with relatively strong and capable states.

Figure 2: Around half of the reduction in global poverty can be attributed to China alone
Data taken from the World Bank

Poverty is now becoming concentrated in countries with weak or non-existent governments. Most of these are in sub-Saharan Africa, where nations were created on the basis of colonial boundaries without consideration of who actually lived within their borders. This led to a post-imperial history of extremely weak states that still persist today. Poverty increasingly exists only in these places where it is hardest to eradicate (Figure 3). When it comes to ending extreme poverty, the low hanging fruit is already in the basket, and only the highest hanging fruit remains.

Picking that highest-hanging fruit requires more than spending billions, it requires building governments. At the turn of the millennium, Jeffrey Sachs, the superstar economist (or the Piketty of his generation if you prefer), had a simple yet powerful idea – ending extreme poverty only required spending enough money on the right things. He got to test that idea in 2005 by spending $600 million on a dozen villages. It had, “no significant impact on … measures of poverty.”

Building governments requires much, much more than just signing cheques. The United Kingdom and other developed nations can assist by helping governments in developing countries make small improvements in how they work, whether that be in setting budgets or running schools. Grand strategies in glossy documents containing words like, “holistic,” are, on the other hand, useless. I know this because I’ve worked for one of the world’s most fragile governments in Somaliland. Each and every step in building that government was slow, painstaking work. But progress was made.

And now to turn our masked faces to the elephant in the room: Covid-19. You might think it would destroy any hope of ending poverty in the foreseeable future.

Humanity’s greatest achievements have often been born from existential challenges. It was in the aftermath of humankind’s most destructive war that modern welfare states were built. Similarly, the Ebola pandemic strengthened rather than damaged healthcare systems in West Africa. This is not a Panglossian prognostication that better governments are a necessary outcome of this pandemic; it is instead a recognition that Covid-19 could be the catalyst that forces us to construct governments that will finally end poverty.

We can and I am hopeful that we will. Remember that ending extreme poverty isn’t really about the numbers. Less than one in 25 children now die before they turn five. That represents around 350 million fewer stories of unspeakable grief that will thankfully never be lived because of our progress in ending poverty since my father’s birth. And those children who lived might even know exactly when they were born.