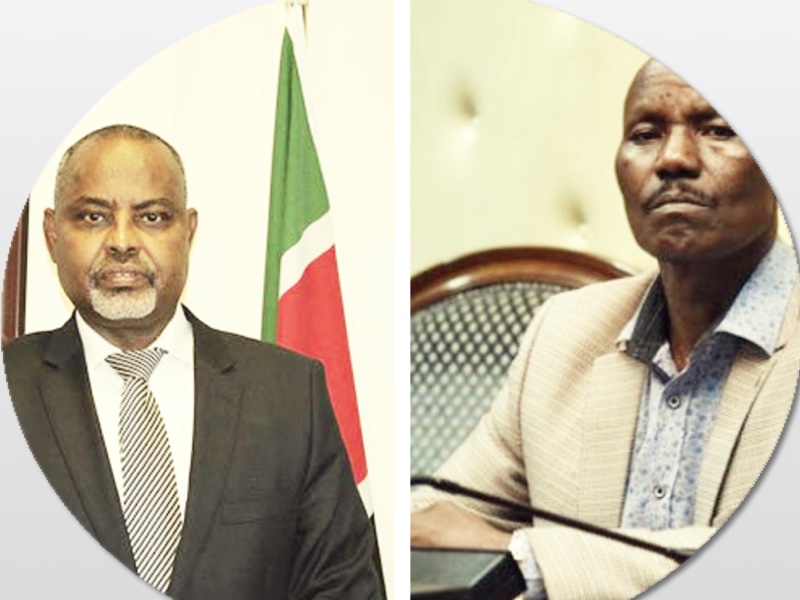 The government, according to local media, recalling, on the same move, its Head of Mission to Nairobi, Mohamoud Nour ‘Tarzan’.

Reason for the renewed diplomatic spat between the two uneasy neighbors was said to be a ‘continued interference on the internal affairs of Somalia’ by the Kenyan government.

“The Kenya government is exerting pressure on the regional President of Jubaland, Ahmed Madoobe’, to put a spike on the electoral process of Somalia’, Somalia government claimed.

Ahmed Madoobe accused the federal government of reneging on the agreement it reached with federal member states in September among which provisos was that the government ease its army ‘occupation’ of Gedo region which administratively falls under the Jubaland state.

“How can an election in Jubaland when one of the two towns – Garbaharrey of Gedo – earmarked for election polling is forcefully occupied by the federal government and out of the Jubaland government’s hands?” Ahmed Madoobe stated Saturday returning from a trip to Nairobi.

Each federal member state has been allotted two cities in which the electoral committees would go into operation to pick MPs since a 1person-1vote type of election has yet to be implemented in Somalia.

This is not the first time one or the other of the two governments took such a drastic step.

In February 2019, Kenya summoned its Ambassador home, kicking out the Somalia envoy in Nairobi. In October the same year, Somalia threatened the same over an alleged Kenya airspace violation to Somalia.

The two countries’ relations worsened since the two countries went to an international court for arbitration over disputed marine borders and the right to exploit resources in those areas.

It was only yesterday that the newly appointed Somalia Minister for Foreign Affairs, Mohamed Abdirizak Abukar, took over responsibility from the ousted formed minister, Ahmed Issa Awad.