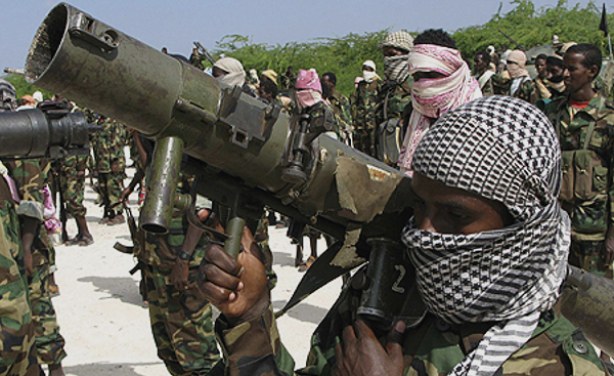 There is virtually no African country with a conflict that matches the bloody disaster in Somalia. Protracted inter-clan conflicts and the unending al Shabaab insurgency has transformed this Horn of Africa country into a large-scale human slaughterhouse.

The menace has also gradually and varyingly spilled into neighbouring East African countries—Kenya, Uganda and Tanzania. However, as if this destructive spill is not enough for al Shabaab, the group has lately spread its tentacles to Mozambique, a distant South African country, in a worrying trend that demonstrates its bloody resilience and dynamism.

The latest attack by al Shabaab in Mozambique has displaced 300,000 people. Withal, one extremely important question that needs asking is: how did this terrorist group manage to expand its human slaughterhouse from Mogadishu to Mozambique when there is a host of active foreign peace actors in Somalia such as Amisom, Turkey, the United States and some gulf countries such as Qatar which are active in either military intervention and, or investments in terms of manpower capacity building, money and machines?

The above question is necessary because ideally, al Shabaab ought to have been on its deathbed by now given the various external military assistance to Somalia in the past decade. But I don’t expect easy and simple answers, especially after I recently read a very revealing book on the group and its social impact titled: Everything you have told me is true: The many faces of al Shabaab by senior BBC journalist Mary Harper who is an expert on matters Somalia.

In the book, Harper states that even the very question of who is a supporter of al Shabaab is not a “black and white” issue as support reaches them variously like through collusions and the million-dollars revenue collections from Somalia’s illegal sugar and charcoal trade.

I find it very unfortunate that for example each peace actor in Somalia is apparently doing their own thing in the area of capacity building for Somali security forces instead of having a synchronised training model. This only creates a disjointed and disparate Somali security manpower in the face of a uniform and rampantly menacing enemy.

Apparently, the collusions are so pervasive that al Shabaab can easily find information about someone’s activities anywhere in Somalia. The very title of Harper’s book is partly her bewildered confirmative response to a strange phone call conversation with an al Shabaab operative who ringed her to share his detailed knowledge of her whereabouts in Somalia in what showed that the group has eyes and ears almost everywhere in the country.

A similar shocking exposition of the pervasive penetration of al Shabaab in Somalia was recently shared by the former deputy head of Somalia’s intelligence agency, NISA, Abdisalan Guled, in a lengthy media interview with a Somalia-owned TV station.

Abdisalan said the weak state of institutions in Somalia has complicatedly left the heavy weight of internal decisionmaking in the country on just two people: President Farmajo and Fahad Yassin, who is the intelligence chief.

All these setbacks point to the need for a strong and congruent counter penetration and subsequent extirpation against al Shabaab.

I find it very unfortunate that for example each peace actor in Somalia is apparently doing their own thing in the area of capacity building for Somali security forces instead of having a synchronised training model. This only creates a disjointed and disparate Somali security manpower in the face of a uniform and rampantly menacing enemy.

To whose benefit is this messy security disaster in Somalia? The status quo only benefits al Shabaab and those entities —Somali and non-Somali — with vested interests that have turned Somalia’s security woes into a huge transactional security industry and a point of chaotic plunder through the divide and rule policy.

But it is never too late to change the crisis. An urgent meeting of all the national and external peace actors should be convened to discuss how to formulate a decisive and coherent strategy for defeating the terror outfit.