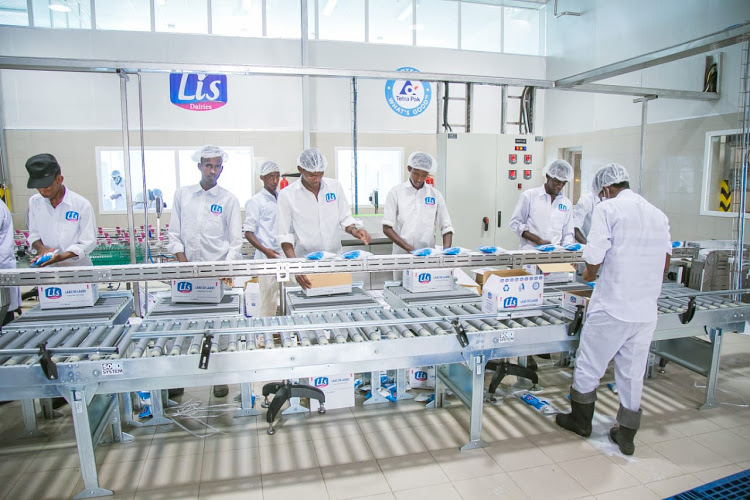 Despite the ravages caused by the Covid-19 pandemic, the economies in Africa have shown great resilience.

Not to be left out is Somaliland, which, despite the historic challenge of non-recognition, has continued to attract investments and partners from the international community.

While the political recognition remains absent, Somaliland’s contribution to the world economy and peace has not gone unnoticed.

From bankers to hoteliers, lawyers to doctors and businessmen, Somalilanders have ventured into all corners of the globe, playing a role in the improvement of humankind.

Many citizens, too, have returned home to invest in the young Somaliland economy thirsting for growth and development.

But there are huge untapped sectors of our economy that remain open for international investors such as logistics, fisheries, agriculture and infrastructure, particularly renewable energy, roads, railways, airports and hospitals.

The livestock sector, the backbone of the economy, is relatively undeveloped with limited extension and support services, while the fisheries sector has barely been tapped.

Light manufacturing, the service sector and the media are all ripe for investment, as are services such as health, education and power, which are mostly provided by the private sector or funded by diaspora groups.

The expansion of the Berbera Port by the DP World — which is set to be complete by March 2021 — will open up Somaliland and bring the world to Somaliland.

The history and opportunities Berbera port city offers are well documented since the coming of European explorers in the late 1890s.

Richard Burton, the British explorer, recognised the importance of the port back in 1896.

He wrote, “In the first place, Berbera is the true key of the Red Sea, the centre of East African traffic, and the only safe place for shipping upon the western Eritrean shore, from Suez to Guardafui.

“Backed by lands capable of cultivation, and by hills covered with pine and other valuable trees, enjoying a comparatively temperate climate, with a regular although thin monsoon, this harbour has been coveted by many a foreign conqueror.

Circumstances have thrown it as it were into our arms, and, if we refuse the chance, another and a rival nation will not be so blind.”

Explorer Edward North Buxton could not have captured it any better. The $442 million  (Sh49.24) investment from DP World — the largest in Somaliland’s history — will see the port providing an alternative shipping and trading hub in the Horn of Africa.

The port will have access to the maritime highways that connect Europe, Asia, the Middle East and Africa, and will firmly establish Somaliland as a gateway to East Africa and the continent.

Even more important is the establishment of a Free Trade Zone that will complement the growth of the Port of Berbera as a regional trading hub, and generate jobs.

The free zone will target a wide range of businesses, including warehousing, logistics, traders, manufacturers, and other related businesses.

The Free Zone will facilitate investors to come into the country and produce manufacturing products without paying taxes. All types of restrictions with regard to rules and regulations are waived.

In turn, this will encourage foreign investors in Somaliland as their investments, assets, and the government will protect interests. The motivation behind creating Berbera’s free zone is the desire to attract foreign direct investment.

There is also the $100 million road corridor connecting Berbera with Ethiopia and the expansion of Berbera International Airport.

Further, Swiss commodities trader Trafigura, one of the world’s largest, signed a contract to supply hydrocarbons and upgrade the Berbera port.

The investment includes infrastructure modernisation to increase storage capacity and allow for larger ships at the Berbera Oil Terminal.

Trafigura will import liquefied petroleum gas and jet fuel to meet local and regional demand as well as integrate logistics and harmonise fuel specifications in the Horn of Africa, thereby boosting regional trade.

Somaliland is highly stable and democratic with a fully functioning presidential system government; regular, free and fair elections; its own currency, an independent judicial system and a constitution that guarantees the rule of law.

It has a dynamic and youthful population with 70 per cent under 30 years and it is well educated: Notably, there are more than 30 colleges and universities, public and private, which produce thousands of employable graduates every year.

This potential and the clear benefits that inward investment would bring to the wider stability and prosperity of the Horn of Africa is what Somaliland is offering to the world.

As international cooperation increases and more foreign companies start to move in, the economic opportunities will continue to grow.

Taiwan, for instance, has seen potential Somaliland is offering and established diplomatic relations in August this year at the height of the Covid-19 pandemic.

It has been very supportive in the fight against the spread of the disease.

Many other countries such as Kenya, Ethiopia and the United Arab Emirates have been our partners with thousands of their citizens living and working in Somaliland.

Somaliland is looking into a new chapter in the country’s story, one that will see foreign investors taking a leading role in its growth and development.

Ultimately, while Somaliland will continue its push for international recognition, investors will have already given the country a thumbs-up because of the opportunities it offers, the peace and stability and the ease in doing business.

Bashe Omar Awil is the Somaliland envoy to Kenya