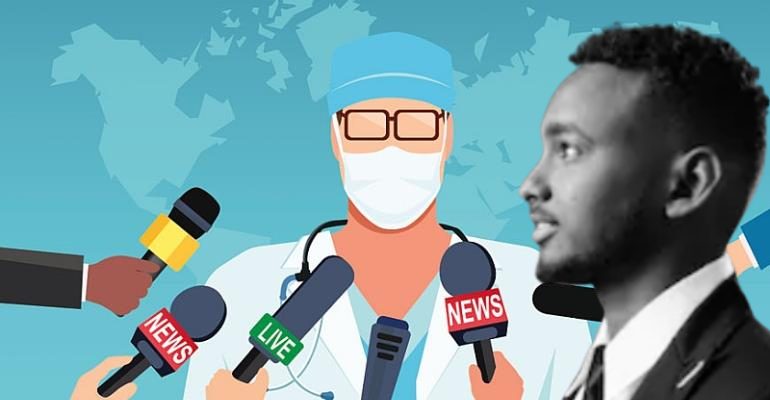 The Somalia Journalists Syndicate (SJS) strongly condemns the new threats against the independent media and journalists in Somalia, including the warning of court actions by the Office of Attorney-General ahead of the forthcoming general elections.

On 10 December 2020, during a press conference in Mogadishu, the Somali Federal Government Attorney-General (AG), Mr. Suleiman Mohamed Mohamud issued a warning to the independent media over a claim that they were “disseminating rumors, interviews and misleading headlines that violate the Media Law and the Media Ethics”. The AG further declared that his office “was investigating cases involving media houses and journalists and that he will present to relevant courts once the ongoing investigations are complete”. It is not yet clear which media houses and journalists the AG was referring.

On 6 December, Jubbaland security forces briefly arrested Eryal TV reporter and SJS member, Abdullahi Hussein Kilas in Kismayo over a news report covering a protest by a group of displaced women who allegedly complained about misappropriation of cash-based assistance to the displaced families in Kismayo. Journalist Kilas was released after he was ordered to remove the story of the protest from his social media accounts and was not charged.

On 1 December, Jubbaland security officials blocked and threatened 11 journalists from the local media who were planning to cover an event where Jubbaland State president, Ahmed Mohamed Islan (Madobe) was addressing parliamentarians and government supporters in Kismayo. Journalists told SJS that a presidential security officer threatened to shoot if journalists approach to the event hall resulting the 11 reporters to leave.

On 27 November, Jubbaland security officials in Kismayo obstructed a group of local journalists who were trying to access the Kismayo Airport to cover the speech of Jubbaland State president, Ahmed Mohamed Islan (Madobe) upon his arrival from abroad. The journalists, who spoke to SJS, said they had left the airport without covering Madobe’s speech but were later instructed to broadcast an edited video clip of the leader’s speech.

On 27 November, Somali police officers in Mogadishu denied access to a dozen of journalists from the local media and those covering for international news agencies after a deadly blast hit an ice cream parlour on the Airport Road in Mogadishu. The journalists told SJS that armed police officers at the scene denied them photographing the site and those who sneaked in were also removed.

“Somali Government and its regional Member States should respect the freedom of the press during the forthcoming elections and authorities should discourage all kinds of censorship and threats including the latest threats from Federal Government’s Attorney General,” Abdalle Ahmed Mumin, the Secretary General of Somali Journalists Syndicate (SJS) said, “Threatening media and journalists through legal bullying ahead of the national elections is completely unacceptable.”