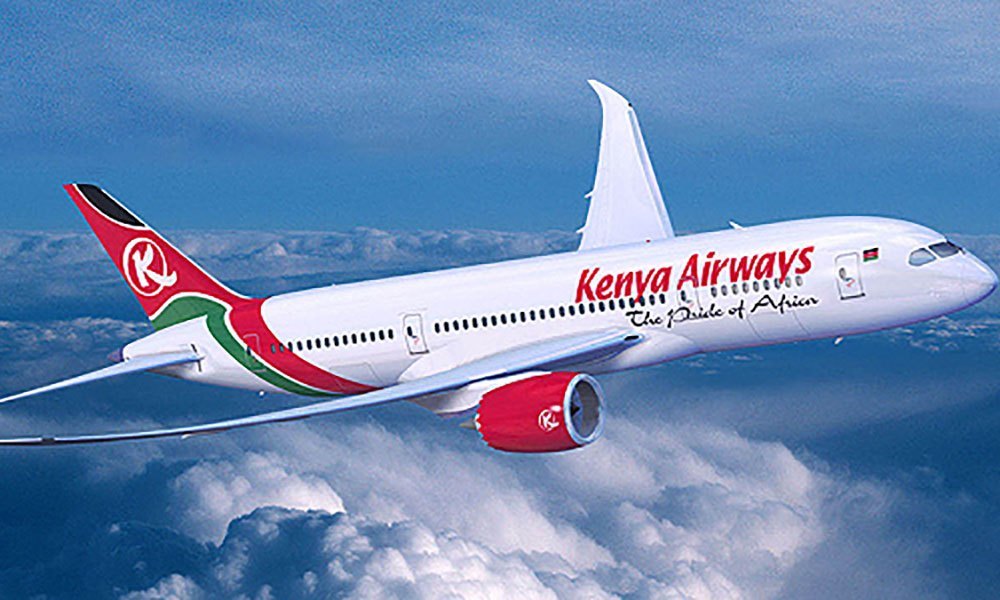 Kenya on Tuesday reached a deal for direct Kenya Airways flights to Hargeisa in Somaliland, in what could be the first destination for the national carrier into a Somali region, following years of trying.

While making an “unwavering commitment” to deepen their ties, Presidents Uhuru Kenyatta and visiting Muse Bihi of Somaliland on Tuesday agreed that the flights will begin by March 2021.

Nairobi also agreed to set up a consulate in Hargeisa by the first quarter of 2021, joining Ethiopia and Djibouti, which have diplomatic outposts in the Somaliland capital.

The move came hours after Somalia, which sees Somaliland as its territory, severed ties with Kenya in protest against what it called constant interference with its internal affairs.

“The two leaders agreed to timelines for implementation of a number of activities,” said a statement from the Foreign Affairs ministry in Kenya. “Kenya [agreed] to open its consulate in Hargeisa by end of March 2021. Somaliland [will] also upgrade its liaison office in Nairobi within the same timeframe.”

Somaliland declared independence from Somalia in 1991 and is routinely treated as separate from that country but Somalia has never recognised it.

Across the world, only Taiwan, which is also seen by China as its territory, has recognised Somaliland.

A dispatch from Nairobi said the leaders “acknowledged” Somaliland’s longstanding stability and pledged to continue to “work together to promote peace and stability, in pursuit of shared prosperity”.

Besides the direct flights, Kenya offered to recognise Somaliland’s travel papers, which by March 2021 should enable acquisition of visas on arrival especially for senior government officials.

That offer and others on opening trading channels for agricultural and livestock products looked like a stick to Somalia. Somalis don’t get visas on arrival in Kenya. They have to apply for them days before travel.

Somalilanders, using their travel papers, will be eligible for e-visas as well. Because their papers have limited recognition across the world, most senior government officials of Somaliland routinely apply for diplomatic passports in Mogadishu, which they use to travel around the world.

With direct flights to Hargeisa, Kenya may have attained a target it failed to in Mogadishu.

Jambojet, the low-cost affiliate of Kenya Airways, was forced to delay operations in June after Mogadishu reportedly increased insurance charges on air tickets and landing rights, seen as a non-tariff barrier by officials in Nairobi.

The relationship between Somaliland and Somalia has been troubled since the 1960s.

At 1am Tuesday, Somalia announced it was cutting ties with Kenya after it hosted Mr Bihi, which it saw as a spite on its sovereignty.

The move signaled President Mohamed Farmaajo’s had discarded the diplomatic rulebook of engagement with Kenya, as Information Minister Osman Dubbe made the announcement while Nairobi was asleep.

By morning, Kenyan officials said they had received no formal communication of the severance, but admitted they were waking up to a new way of relating with Somalia, away from the usual diplomatic channels.

“We will ignore [this]. It is a game he is trying to have us play but we won’t,” said an official speaking on the background of the developments, to avoid commenting ahead of the official response.

The feeling in Nairobi is that President Farmaajo was trying to cultivate a nationalistic support for his re-election campaign, especially since some of the issues raised could be discussed at diplomatic level.

However, Kenya’s timing of hosting President Bihi in Nairobi was seen in Somalia as another slap in the face.

Mr Dubbe said on national TV that Kenya has “constantly interfered” with Somalia’s internal affairs and that Nairobi was violating Somalia’s sovereignty.

“This decision was taken in response to the political abuse and deliberate interference of Kenya on the independence of Somalia,” said Dubbe.

The Somali minister further said Kenyan diplomats in Mogadishu will have seven days to leave the country.

A week ago, Mogadishu expelled Kenyan ambassador to Somalia, Lucas Tumbo, and recalled its envoy to Nairobi, Mohamud Ahmed Tarzan, following a similar complaint of interference.

In addition, Somalia has submitted a complaint to the Intergovernmental Authority on Development (Igad) for inclusion of the spat with Kenya in the December 20 virtual summit on Tigray.

Kenya became the second country in a year after Guinea, with which Somalia has cut ties over the Somaliland issue.

But as Mogadishu moved in the night, Nairobi hosted Bihi for bilateral talks with President Kenyatta.

Both sides on Monday said they had agreed on a number of issues and would continue discussions on Tuesday on business and security cooperation.

The cutting of diplomatic ties means the Kenyan embassy in Mogadishu and Somalia’s mission in Nairobi will be shut and officials sent back home.

But both countries, based on the Vienna Convention on Consular Relations, will remain obligated to offer visa and other travel and immigration services to their nationals.

In fact, the countries will remain obligated to protect the premises they host.

They have a legal obligation to protect their citizens but this role may be granted to a third acceptable State.

It was unclear by Tuesday morning what will happen to military cooperation between Somalia and Kenya, which has sent troops to Somalia under the African Union Mission in Somalia (Amisom).

Legally, it is Amisom to make a decision about troop movements, but in consultation with the UN and troop contributing countries.

There is also the matter of refugees as about 350,000 Somali refugees live in Kenya, most of them in camps in Dadaab and Kakuma.

Kenya will have to continue protecting them, under the international humanitarian law.

What may be exposed, however, are the properties owned by Somalia businesses and politicians in Nairobi.

Officials in the Kenyan capital said on Tuesday morning that they had not yet received any formal communication from Mogadishu on severing ties.