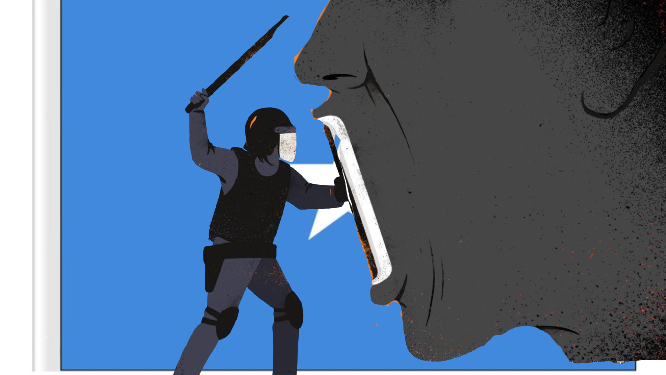 As journalists continue to be arrested arbitrarily at an alarming rate in Somalia and as a presidential election draws nearer, Reporters Without Borders (RSF) calls on the country’s authorities to urgently implement a promised moratorium on detaining journalists for presumed offences in connection with their work.

The latest victims include Kilwe Aden Farah, a freelance journalist who was arrested for covering a protest against rising prices in the semi-autonomous northeastern region of Puntland on 27 December, and who is still being held incommunicado 12 days later in an unknown location without having been brought before a judge. They also include Farah Mohamed Khalif, a freelance journalist who was arrested at the same time as Farah and was held for two days.

After covering a demonstration in Beledweyne, a city in the centre of the country, the journalist Ali Dahir Herow was arrested illegally on 26 December by the local authorities, and released five days later. Before that, they arrested the journalist Abdulkadir Farah on 23 December, after he interviewed the commander of a local rebel militia, releasing him the next day.

In all, RSF and its local partner, the National Union of Somali Journalists (NUSOJ), logged a total of 32 arbitrary arrests of journalists in 2020.

“The number of cases of journalists being detained for several days or weeks just for doing their job continues to be extremely high in Somalia and speaks to the urgency of adopting the promised moratorium on such arbitrary arrests,” said Arnaud Froger, the head of RSF’s Africa desk.

“The moratorium’s swift implementation is all the more essential because harassment of journalists is liable to intensify in the run-up to the presidential election in February. Kilwe Aden Farah’s case is emblematic. This reporter should not be in prison. We call for his unconditional release.”

During an unprecedented visit by an RSF delegation to Somalia in October, RSF and NUSOJ met with President Mohamed Farmaajo and Prime Minister Mohamed Hussein Roble, asking them to take specific measures to improve the still very hostile environment for the Somali media. It was then that the prime minister undertook to implement a moratorium on arrests of journalists.

At the time of the visit, Astaan TV channel owner and CEO Abdimanan Yusuf had been held since July on trumped-up charges in northwestern Somalia’s self-proclaimed independent republic of Somaliland. After a court sentenced him to five years in prison and ordered the popular TV channel’s closure in November, he was finally released on 10 December.

Read the Original Article on rsf.org