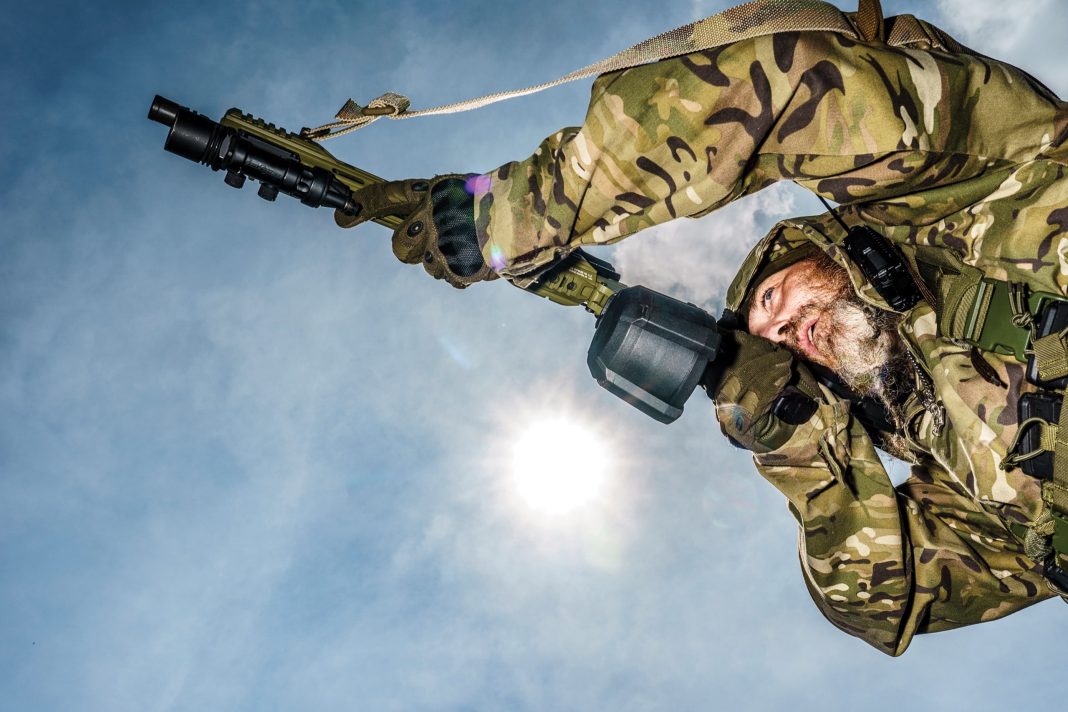 A Joe Biden presidency coinciding with the fallout of the QAnon conspiracy theory means the threat of far-right militia groups will remain throughout his time in office, experts have warned.

Despite there not being a repeat of the violence seen at the Capitol on January 6 for Biden’s inauguration, a number of armed extremist groups previously emboldened by the Donald Trump administration are not expected to fade away into obscurity anytime soon, with the possibility more may arrive, Hampton Stall, senior researcher at the Armed Conflict Location and Event Data Project (ACLED), told Newsweek.

Members of anti-government groups such as the Oath Keepers and the Three Percenters have been identified as taking part in the insurrection in Washington, D.C. Both groups were founded in 2009 during the Barack Obama administration, with hundreds of similar groups also forming post 2008.

This chart, provided by Statista, shows the number of extremist anti-government groups in the U.S. under successive presidents. 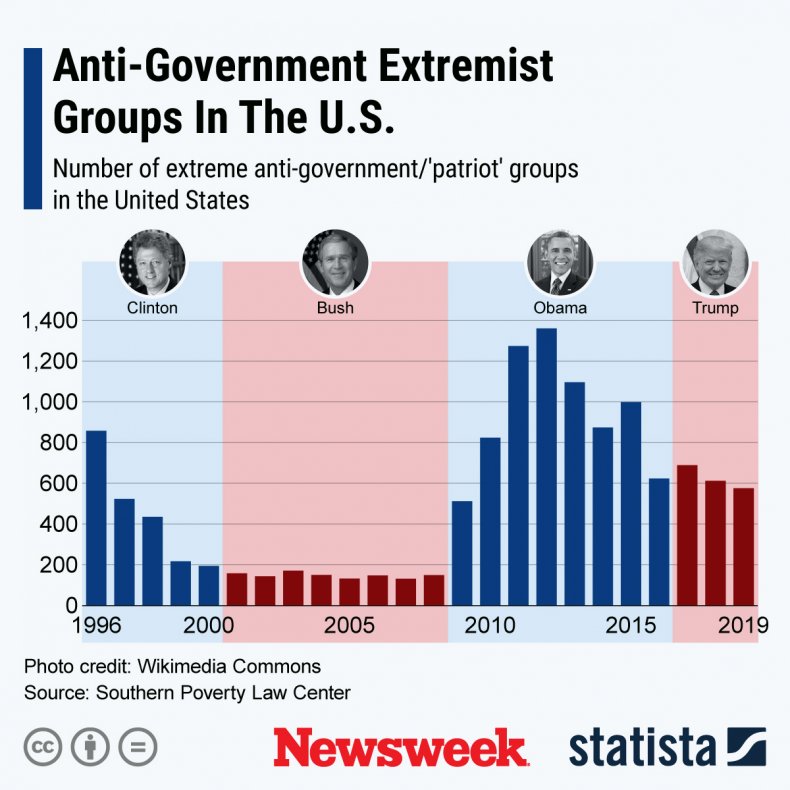 The Anti-Defamation League (ADL) say Three Percenters view themselves as “modernday versions” of revolutionaries who are fighting against the U.S. government rather than the British. Fellow radical militia movement Oath Keepers is believed to have tens of thousands of members mainly made up of current and former law enforcement and military personnel.

Despite existing for a number of years, both groups became more mobilized in 2020 while appearing at Black Lives Matter protests, anti-coronavirus lockdown demonstrations and pro-Trump rallies disputing the election results across the country before taking part in the January 6 siege.

Just this week, Oath Keeper founder Stewart Rhodes appeared on conspiracy theorist Alex Jones’ Inforwars show calling for militia members to prepare to take action against the “illigitimate” Biden regime—a clear sign that these groups have no intention of backing down in the post-Trump era.

“You needed to be raising local militias in your towns and counties, and like the Founders did, you need to then nullify, refuse to comply, and when they come for you, you defend yourselves,” Rhodes said.

Discussing their origins, Stall said that Obama being Black was a “really important factor” in the setting up and organizing of the far-right militia groups.

“Also the conspiracy theories around him being Muslim, or Kenyan was highly mobilizing for a lot of those groups back in 2009. The closest thing that we’ve got to that animating to the same level is all the weird accusations that Biden is a pedophile, so that’s mobilizing in a different way,” Stall said.

The QAnon conspiracy theorists believe that high-profile figures such as Hollywood stars and Democrats are involved in a secret Satanic pedophile ring which would one day be exposed by Trump during his time in office.

The radical movement collapsed on itself on Wednesday after Biden’s inauguration ended virtually all of their beliefs surrounding Trump, including how he would remain as president and arrest the elite child abusers, including Biden, at the ceremony itself.

Experts have expressed fears that followers of QAnon—who were also present at the Capitol riot—will be pushed further into extreme violence following the culmination of years of false hope.

Stall notes that Biden has also indicated multiple times publicly that he’s looking to push for gun control measures during his time in the White House, and such policies are “often seen as an existential threat” to armed right-wing movements.

“You take away the guns from a lot of these groups, and there’s not really much left,” Stall said.

“Now that Trump is no longer in office, the federal government will almost certainly become the enemy of the militia movement once more,” a spokesperson for ADL told Newsweek.

“Already they believe and have been spreading the idea that President Biden is a usurper and that he is only in office because the left ‘stole’ the 2020 election.

“This narrative could potentially become an important tool for the militia movement as they seek to attract recruits from disaffected Trump supporters. It could also potentially be used by some to justify violent action by framing themselves as ‘Patriots’ resisting an illegitimate government.”

However, one thing that has “very clearly hindered” all current and future militias is the removal of the groups and their members from social media, especially in the wake of the Capitol riot.

“A lot of these networks rely pretty heavily on apps and social media that kicked them off,” Stall said.

“Their most immediate objective is trying to figure out how to reorganize themselves, how to sort of recreate those networks as best they can [then] trying to recruit, to bring members back into those movements.”