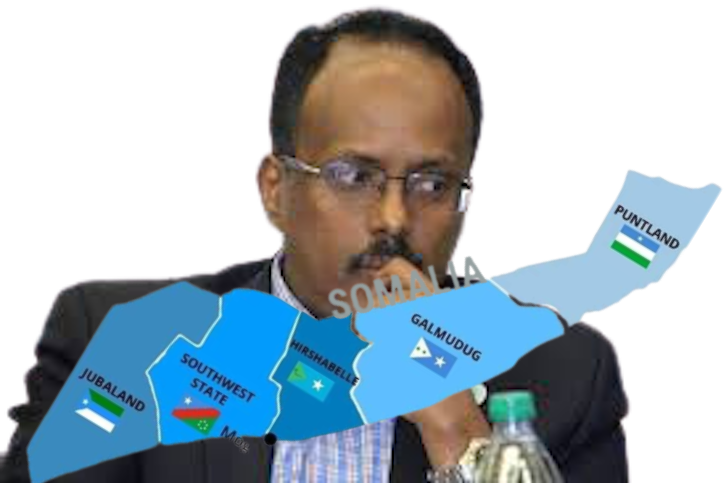 The constitutional term in office of the federal president of Somalia, Mohamed Abdullahi Mohamed ‘Farmajo’, ends today at midnight.

The expiry of the term stamps him as a failed leader who neither prepared for the beleaguered Horn of Africa nation for election nor a consensus with federal members states and other political stakeholders in order to chart another roadmap.

Instead, the President blamed the FMS for the abject failure absolving himself of all blame.

President Farmajo, without even looking further back in the years he led Somalia, was the one who derailed the electoral process by choosing the direct administration and unconstitutional interference with the regional and electoral management of his hometown Garbaharrey in the Gedo region of the Jubaland federal state of Somalia.

The issue should not have been a point of contention between him and the Jubaland leadership under any circumstances. But he made it one.

Gedo is one of several administrative regions that fall under the Jubaland federal state. Garbaharrey is its capital.

The electoral process dictated that each of the five federal states hold election/selection exercise in two of its major towns for better management of the security of the electoral bodies and the MPs running for federal parliament seats.

Jubaland was given KIsmayu and Garbaharrey. But for reasons only known to himself, the President unilaterally decided to take over Gedo and avulse from under Ahmed Madoobe’s state administration. To effect this, he transported droves after droves of troops loyal ti him. alone to the town and outlying areas in the region.

The opposition stated that the only reason he violated the constitution was to make certain that all 16 MPs to be selected at Garbaharrey be selectively his.

This was, chiefly, why the last-ditch, international partners’ effort to bring Farmajo and leaders of the FMS together in Dhuusamreeb-4 to talk and solve outstanding issues utterly failed on February 6.

The President – albeit naively – had several aces up his sleeve in the event such an impassè as the current one came to pass.

The first was to stage ‘circumstances’ which made an extension to his term in office ‘necessary’ and ‘unavoidable’.

A joint session of the bicameral parliament was to have convened Saturday.

This option was the reason behind his hasty return to Mogadishu to address the parliament after adamantly rejecting all reason at Dhuusamareeb-4 to let the Gedo electoral process be handled by the rightful state it came under.

But Farmajo did not count on the opposition and conscientious MPs digging in their heals to deflect the President homing in for a certain coup de grâce.

A flurry of visits made among themselves and to the House Speaker of the Lower House, Mohamed Mursal,  known to be a staunch ally of the President, made it possible that (a) Only the Lower House was convened for the President’s address, barring the senate – whose MPs largely supported Farmajo – from the floor; and (b) deletion of an extension motion/vote from the agenda altogether.

Mursal, afraid of detrimental consequences that no one could predict in the volatile circumstances, recapitulated agreeing to both.

This was one of the reasons no one could understand the necessity of a ‘whining’ address that lacked substance as it side skirted all major issues. Instead, the president repeated himself time and again during the half an hour address to blame everybody else for the country’s dismal state of affairs except himself – the elected leader.

President Farmajo has only himself to blame for an abominable, avoidable failure. 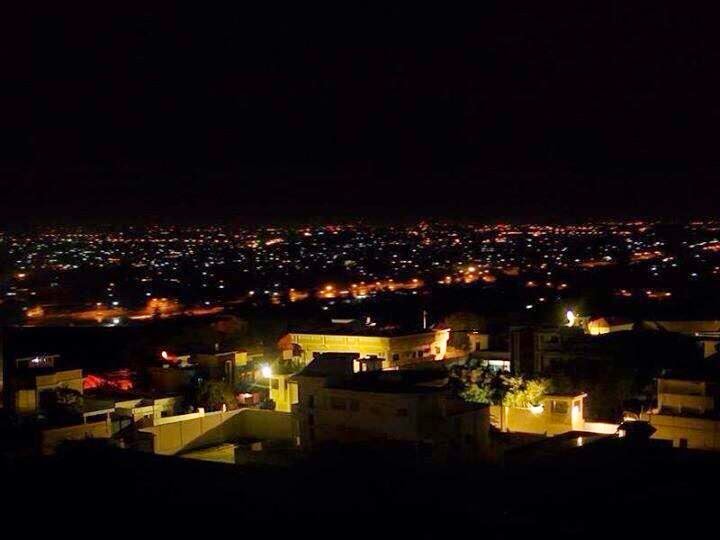 He has only three options open to him at this very late hour: (a) that he announce his resignation immediately at which event the reins would pass to either the Senate House Speaker – a political opponent or Mursal – the Lower House Speaker, depending on consensus worked out; (b) that he recant all of his assertions and blames against the FMS leaders and call for an immediate reconvention of a face-saving meeting ceding Gedo back to Jubaland in order that, together, they chart a new electoral roadmap; (c) that he move mountains to bring the two houses of the federal parliament together latest tomorrow morning to pass an extension of term-in-office through; and (d) that he decisively abandon all claims to Somaliland and all relating, incredulous insistence that representative MPs are to be selected in far-off Mogadishu to attend to more realistic affairs closer to home including preceding three areas.

It appears that Somalia international partners, at the head of which are the US Ambassador and the SRSG, have exhausted all venue to save the situation. Perhaps, some parties argue, the process was hijacked by more by the former by dictating the terms.

This may or may not be true.

But the fact remains that, despite the billions of US Dollars which the world sunk into Villa Somalia’s fuzzy leadership, neither a political consensus has been reached nor security is anywhere more reliable than it was before.

To circumvent a devastating political turmoil, Partners can still play a positive role if they can persuade Farmajo to adopt any or all of the options open to him before the D-Hour.

A mistake they have been making all along is to humour him that he had legal claims over the Republic of Somaliland and its 6 million inhabitants fully well knowing that there were none. The worn out clichè that the issue of Somaliland sovereignty was an internal matter to be decided between Somalia and Somaliland should have been left at that if they meant it without them supporting the Villa Somalia alone.

At this juncture of time, Somalia is facing an incendiary situation that it has narrowly and painfully navigated through since the year 2000 and the Arte Conference, Djibouti.

If all else fails, either the EU or the UN can take over the country putting it under s trusteeship.