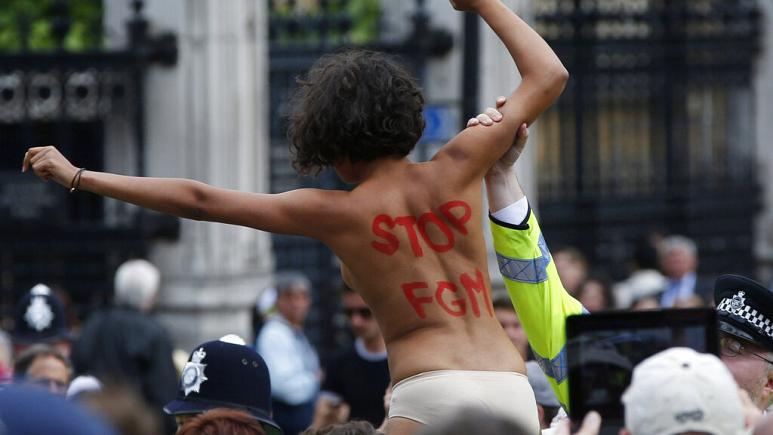 The number of girls subjected to female genital mutilation (FGM) is believed to have gone up due to the COVID-19 pandemic, experts have told Euronews.

UNICEF estimates that coronavirus-related schools closures and disruptions to aid programmes mean a further two million girls are now at risk of being circumcised before the end of the decade, bringing the total number to 70 million.

The rise has been observed in the majority of the 30 countries in which the practice is common.

FGM or FGC (Female Genital Cutting) is a recognised human rights violation. It refers to all procedures involving partial or total removal of the female external genitalia or other injuries to female genital organs for non-medical reasons.

The practice is particularly prevalent in 31 countries across Africa, the Middle East, Asia and Latin America.

More than half of the 200 million girls and women estimated to have undergone FGM live in Egypt, Ethiopia and Indonesia.

How the pandemic impacted FGM worldwide

Going into the global health crisis, the hope was that the phenomenon observed during the Ebola pandemic of 2014 in Western Africa would be replicated, with FGM more or less grinding to a halt in the worst-impacted countries.

Measures put in place to contain the virus were similar to the ones imposed for COVID-19 with strict social distancing rules but unfortunately, “what we saw during the COVID-19 crisis is the opposite,” Nankali Maksud, from UNICEF’s prevention of harmful practices department, told Euronews.

Reports UNICEF has received from community-based workers have warned that in some communities the people who facilitate FGM have evolved and started doing household outreaches and “actively looking for girls to circumcise”, Maksud said.

This, coupled with the diminished presence of protection and social workers due to containment measures and the closures of schools – which are a major protection factor for girls as the majority of FGM is carried out during school holidays – has led to the increase.

Rising poverty is another factor.

“We know in some countries there is a correlation between FGM and child marriage,” Maksud explained, with FGM seen as raising the girl’s value.

“In order for the communities or for the families to be able to survive, girls would get circumcised as a precursor to child marriage” with the girls’ family then receiving a dowry.

No respite for European girls either

Charities estimate that 600,000 women and girls living in Europe have undergone the procedure. The UK and France have the highest numbers with 137,000 and 125,000 respectively. They are followed by Germany and Italy, where more than 70,000 in each country have suffered through FGM.

A further 180,000 girls in some 13 European countries are currently considered at risk.

Because the practice traditionally happens during the school holidays, with girls put on planes to their families’ countries of origin, “the lack of travel has in a sense reduced it,” Anna Widegren, director of the End FGM European Network told Euronews.

“But that doesn’t necessarily mean that it doesn’t happen, there are sometimes alternative ways that have sprung up,” she flagged, including cutters possibly starting operations in Europe.

“Because the girls don’t necessarily go to schools right now, there are closures, there is more time for healing so it’s less a chance of being detected by either health services or educational partners,” she added.

Alternatively, some communities may have just postponed the procedure until travelling is fully reopened.

The UN had been aiming for the practice to be fully eradicated by 2030 but even before the pandemic struck, the target seemed increasingly likely to be missed.

The latest data is “incredibly saddening,” Widegren said. “One can see that we’re almost going backwards on certain achievements that we have seen.”

According to Maksud, the pace of progress observed over the past three decades needs to increase tenfold “for us to be able to meet the elimination target by 2030”.

A lot of it comes down to funding. The UN estimates that $2.4 billion (€2 billion) is needed over the next decade to eradicate the problem.

But the COVID-19 crisis has seen funding for gender-based violence, including FGM, cut, to be reprioritised towards emergency responses, Widegren said.

Even before the pandemic, only 0.12% of humanitarian funds went towards combatting gender-based violence, she added.

“If this is a real target that the UN wants to achieve, as well as the EU and other institutions, then they need to step up and actually invest in it because there is not enough investment there and not enough priority is put on it,” she continued.

For the charity director, one of the other important lessons policy-makers should draw from the pandemic, “is that issues of gender-based violence need to be part of emergency responses and this needs to be integrated”. Professionals, such as social workers and medics, should be trained from the start to ensure such issues don’t come to be seen as of lesser importance.

Still, there are signs of hope.

“We’re not where we’d like to be in terms of the progress rate but we are at a place where the world is increasingly coming together and saying that this is a practice that we cannot accept,” she went on, citing laws passed in the US and Kenya which allows for the prosecution of parents who take their daughters to a foreign country to carry out FGM. A number of European countries, including France Sweden, the Netherlands, Germany, and the UK also have such laws.

The need to adapt to the restrictions has also led to some innovations. UNICEF turned to mobile phones, radios and televisions to reach girls, even more than they were able to previously, and they were also able to hear back and engage with a lot more of them. This has limitations, however, as girls from poorer backgrounds may not have access to technology.

Furthermore, she stressed, young people increasingly believe the practice shouldn’t be allowed to carry on.

“This is really important for us, especially as you have a high prevalence rate in Africa where the majority of the population are young people, so those are the ones who are having children and making decisions about whether their children should be circumcised or not,” Maksud said.

The role of boys and men is also being explored more.

“Increasingly we’ve been engaging with men and boys and many actually say they don’t see the greater value of women because they have been circumcised.

“We’re just so focused on adolescent girls and women and we forget that men and boys have a role to play also in the prevention of FGM because a lot of women think they’re doing it for men,” Maksud highlighted.