SomTribune
Home Opinion/Analysis Somalia, Is It Time To Part Ways? 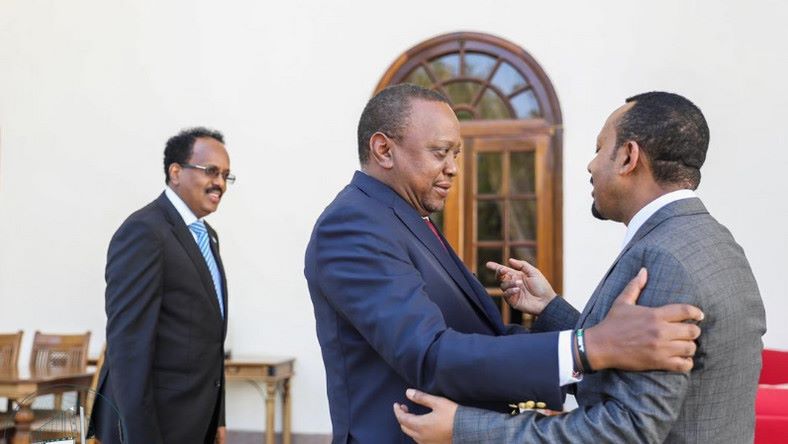 If there was any undisputable lesson gained from the three miserable decades of civil war and that lesson was engraved on a stone, it would have read: Avoid the road most traveled; pave yourself a new one.

But, ‘who cares’ is sadly the prevalent attitude. Currently, Somalia is at the tail end of that mindless political combat that occurs every fourth year that many Somalis know as ‘xilligii kala guurka’ or time to part ways. If the phrase was intended to inculcate attitude of apathy toward nationhood and mutual interest, it has worked effectively; certainly among the political class. Make no mistake, language matters.

Today, Somalia is governed by a government whose president’s term has ended on February 8, 2021, is kept in-check by a parliament whose term has ended on December 27,2020, is guided by a provisional constitution that has been in the making since 2012, which is interpreted by a constitutional court that is yet to be established. This foreign-funded façade of a government is being told ‘you lost legitimacy’ by foreign-funded federal-state presidents, and presidential candidates who telegraph their willingness to preserve the status quo.

Meanwhile, professional narrative framers, foreign intelligence, and mercenary media outlets in Mogadishu, Nairobi, Johannesburg, and other localities continue issuing one-sided reports, stories, interviews, and articles intended to disseminate disinformation and promote that ever-recycled fallacy: ‘Election is the panacea to all of Somalia’s problems therefore all other issues should be shelved.’

Sadly, they are being effective as they have been before. In the past three decades, Somalia has been trading one visionless charlatan for other; at least in most cases.

‘Mutiny’ or ‘right to self-govern’ in Jubbaland?

The federal-state of Jubbaland still remains the microcosm of the Somali political paradox. It has all the highly flammable political material necessary to detrimentally undermine the progress made since 2013- direct involvement of two frontline states and their local cronies, aggrieved and marginalized clans, political sensitivities between the federal and state governments.  Two of the three regions that constitute Jubbaland (Lower Jubba and Gedo) are currently at odds.

At the outset let me say this: in the past three decades no Somali region has been more tormented with periodical persecutions and military attacks than Gedo. The latest was the attack on Beled-Hawo. that killed dozens of civilians including 5 siblings and seriously injured their mother.  That attack was led by a controversial figure named Abdirashid Janan- a man who is considered by the Federal Government of Somalia and Amnesty International as a fugitive, ruthless criminal accused of committing serious crimes against humanity by “killing of civilians and obstruction of humanitarian aid.” On the other hand, the same man is recognized by the federal-state of Jubbaland and Kenya as Jubbaland’s security minister.

Against that backdrop, the FGS has deployed some of Somalia’s newly trained forces to the Gedo region to bulwark against what it described as ‘Kenyan aggression’. Whereas the latter claimed its forces carry out attacks inside Somalia only when in hot pursuit of al-Shabaab and that all other military operations are within AMISOM the legal framework. And Jubbaland authority claimed forces led by Janan were trying to defuse mutiny that was ignited by FGS.

In reality, neither of these authorities are being entirely candid about the real issue that was pouring kerosene on the Gedo fire.

Kenyan forces have been in Jubbaland since 2011 when they illegally invaded Somalia. Though the Kenyan forces are now under the AMISOM mandate, they operate an illegal enterprise of exporting charcoal, smuggling in contrabands, and splitting checkpoint extortions collected by al-Shabaab. More dangerously, the Kenyan forces have been attacking the Gedo region at will, destroying mobile phone antennas, and building a wall to annex part of Gedo as ‘a buffer zone.’ On top of all these, you have the ICJ maritime case regarding the ownership of a 58,000 square-mile area off Somalia’s Indian Ocean coastline.

In 2017, after the people of Gedo organized demonstrations against Kenya’s illegal construction of a border wall, the FGS could no longer keep its head in the sand. It dispatched a fact-finding committee led by its interior minister. The discovery of the fact-finding committee was affirmative. But, upon their return, or the day before presenting their report to the Council of Ministers, the interior minister was sacked and the report never saw the light of day.

Then in 2019, Kenya’s then speaker of the parliament, Aden Du’ale, made an unannounced visit that violated diplomatic protocols to Kismayo to attend Ahmed Madobe’s controversial second inauguration that the FGS declared null and void. While there, in a speech that was clearly intended to ridicule, if not outrage, President Farmajo’s of-cited ‘Somalia’s territorial integrity,’ Duale said he had to attend that celebration (despite FGS’ position) because Kenya has a special relationship with Jubbaland which it shares a border of 800 kilometers.

So, why were all these not outrageous enough for FGS in the past four years? Why did the FGS not demand the Kenyan forces be removed from AMISOM? How could a country with questionable record and shady motives that you severed diplomatic relationship with them be trusted as a partner against al-Shabaab?

Aside from the contention between Farmajo and Madobe on leverage and electoral advantage over the Gedo members of the parliament, there is another issue that has not been on the surface.

The real bone of contention between FGS and Kenya is the future of Jubbaland president Ahmed Madobe and his security minister Abdirashid Janan. This duo had a very close relationship with TPLF, thus PM Abiy Ahmed of Ethiopia wants them out of the picture. Not only for their past but for the danger that they could present when Ethiopia starts to cash on the corrupt 4 seaports deal it acquired under Farmajo. Ethiopia has been bankrolling the transportation of the federal troops and other logistical cost of the deadly showdown in Gedo. Kismayo happens to be one of the aforementioned sea ports. Meanwhile, the civilians of Gedo suffer. As a ‘loyal friend and partner’ of Abiy Ahmed, Farmajo successfully facilitated getting rid of former al-Shaab leader Mukhtar Roobow and the leaders of Ahlu Sunnah Wal Jama’ah and host of other less known Abiy targets. On his part, President Uhuru Kenyatta wants Madobe and Janan to sustain the annexation process of Gedo region, and leverage against any drama that may set back the maritime case.

In fairness to Farmajo, he has inherited from his predecessor, President Hassan Sheikh Mohamud, eight challenges. Among them, the mother of all corruption- the Soma Oil & Gas deal, a deal that gravely compromised Somalia’s natural resources.  What he did about fixing that issue is a chapter of its own.

Four years later, his presidency would probably be remembered as one of the worst.  Security has never been worse and al-Shabaab has never been deadlier. Finishing four straight years at the bottom of the Corruption Index, Farmajo’s presidency is apparently worse than the one before him whom most Somalis consider the most corrupted president. Over a million IDPs still live in pitiful shacks exposed for rape and other abuses in Mogadishu. The country is ever more dependent on foreign assistance. FGS neither institutionalized national currency nor does it collect taxes. Its four years ended without a Somali-owned reconciliation, for taking over security, for ending the unjust 4.5 clan power sharing system, for protecting the national resources, for a robust foreign policy and for flushing out Halane or shutting down the green zone.

Farmajo will be leaving behind a gridlock of false narratives, a country that is bitterly polarized and dangerously exposed for exploitation and perpetual division. Staying on course with current trajectory will only lead Somalia back to the same dead-end that it marched into too many times in the past three decades.

Those of us who were against clan-based federalism that was modeled after Ethiopia’s ethnic-based have been arguing that it only creates perpetual inter-clan hostilities and endless fragmentation of the Somali state. Now that we know for a fact, shouldn’t the FGS and federal state governments such as Jubbaland and Hirshabille refrain from forcing grudging clans together?

Starting with Gedo, Hiiraan, Sanaag and Sool, let these regions either stand alone states, or go under the federal protection, or decide freely which other federal-state they wish to join. Why not if that would stop senseless bloodshed and political manipulations?  If there is one last chance for the Somali state to reemerge and reclaim its rightful place among community of nations, FGS must gain legitimacy from its own people. And there is no political legitimacy without genuine national reconciliation.