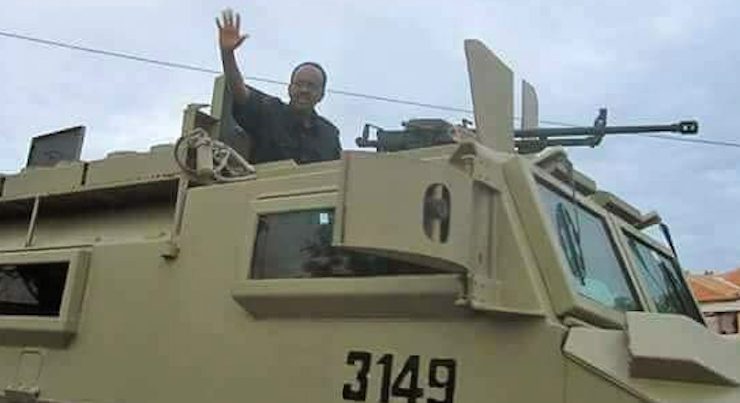 After more than $50 billion in foreign assistance, much U.S. provided, Somalia now faces its worst crisis since its collapse 30 years ago. It has now been a week-and-a-half since President Mohamed Abdullahi Farmajo’s four-year-term presidential term ended. Plans for elections collapsed after Farmajo (and U.S. Ambassador Donald Yamamoto) sought to stack the process. Opposition politicians balked.

While Farmajo has refused to step down, a dwindling number of Somalis accept his legitimacy. Wardheer News, one of Somalia’s leading and most reputable news sites, explained, “Farmajo not only failed to satisfy the oath of the office which compels to hold election prior to his term but…failed to carry out consultation with the opposition groups for the possible establishment of an agreed interim administration until a new parliament and a president is elected.”

Protestors called what was set to become Somalia’s largest peaceful demonstration in more than a half century to demand a peaceful transition. Last night, before protestors arrived, militias led by General Indha Cadde took over control of the Monument to Unknown Soldiers. When asked who ordered him to deploy, he said it was his sense of responsibility because there was no government in the country. Farmajo’s challengers then deployed their own militias to the main landmarks around the city, as Farmajo sought to block protestor access to the city center. Calm did not last long. Yusuf Gabobe, editor of the Somaliland Times, reported that at around midnight Mogadishu time, “Fierce fighting…between government security forces and bodyguards of former presidents Hassan Sheikh Mohamud and Sheikh Sharif Ahmed.” Sheikh Sharif Ahmed confirmed the skirmish at the hotel where many presidential candidates are staying as they seek new elections.

For Farmajo, a nephew of former Cold War dictator Siad Barre, to order Somali forces to attack his political competitors confirms that he is more interested in suppressing political competitors than fighting the Al Qaeda-affiliated Al-Shabaab militia. Indeed, rather than fight al-Shabaab, he has threatened to unleash the group on Somalia’s neighbors.

It is time the United States, the European Union, and the African Union recognize what so many Somalis do and start to listen to them: Somalia will descend into civil war unless the international community changes its approach.

First, it is time to abandon Farmajo. His actions have dashed whatever hopes greeted his selection. Somalis now compare their president as more destructive than COVID-19. He had his chance. He failed. It is time to move on.

Second, the United States should not only withhold aid until Villa Somalia dismisses Fahad Yasin, the director of Somalia’s intelligence agency who has ties to terrorism, but also designate him for his terror connections.

Third, as Tibor Nagy, Jr., the recently retired assistant secretary of State for African Affairs, noted, it is time “to consider strengthening links with Somaliland.” As Somalia descended into chaos, Somaliland reasserted its independence and has remained peaceful, secure, and democratic ever since. When Farmajo sabotaged elections, Somaliland embraced them. Nagy’s calls for links need not mean recognizing its independence, but a firmer partnership could be in both countries’ interests, especially given the threat of China’s rise.

Fourth, Congress should demand a Special Inspector General for Somalia. Too much money has disappeared as the State Department spends more even as its strategy fails. If Yamamoto believes his strategy has succeeded, he should not oppose an audit.

Fifth, it is time to recognize that the key to Somali stability is not renewed dictatorship, but rather respect for democracy both in Mogadishu and at the local level. When I visited Puntland last month, I could walk around without fear or security. Regional President Said Abdullahi Dani has prioritized the economy, with visible success. In Jubaland, regional President Ahmed Madobe has likewise stabilized the situation. It is unfair for Yamamoto or UN Representative James Swan to behave like colonial governors and destabilize Somalia’s regions for the sake of their client in the center. Somalis will never accept Mogadishu dictatorship; Swiss or Emirati-style federalism is a better fit in which local states run local affairs with the central government handling only fiscal policy and defense.

Somalis are today putting their lives on the line for democracy. It is time to listen. If the international community remains deaf or arrogantly insists they know better, the result will be a disaster that will reverberate far beyond Somalia’s borders.

Now a 1945 Contributing Editor, Michael Rubin is a Senior Fellow at the American Enterprise Institute (AEI).