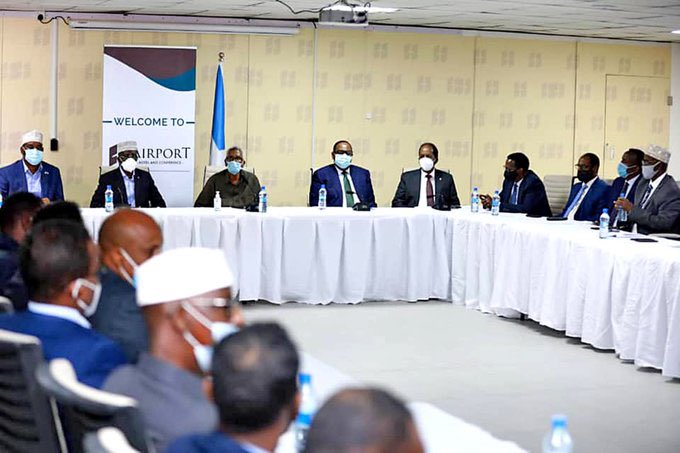 One of a number of visible political mercenaries – as they termed in Somaliland – formed a council that misleadingly represents the Republic of Somaliland in Mogadishu of Somalia.

The Speaker of the Somalia Federal Parliament’s Upper House, Abdi Hashi, formed what he called the Somaliland Political Council (SPC) – a political card which qualifies him and other Somaliland ‘turncoats’ working in Mogadishu – to join a new opposition body dubbed as the National Salvation Council  (SNC). 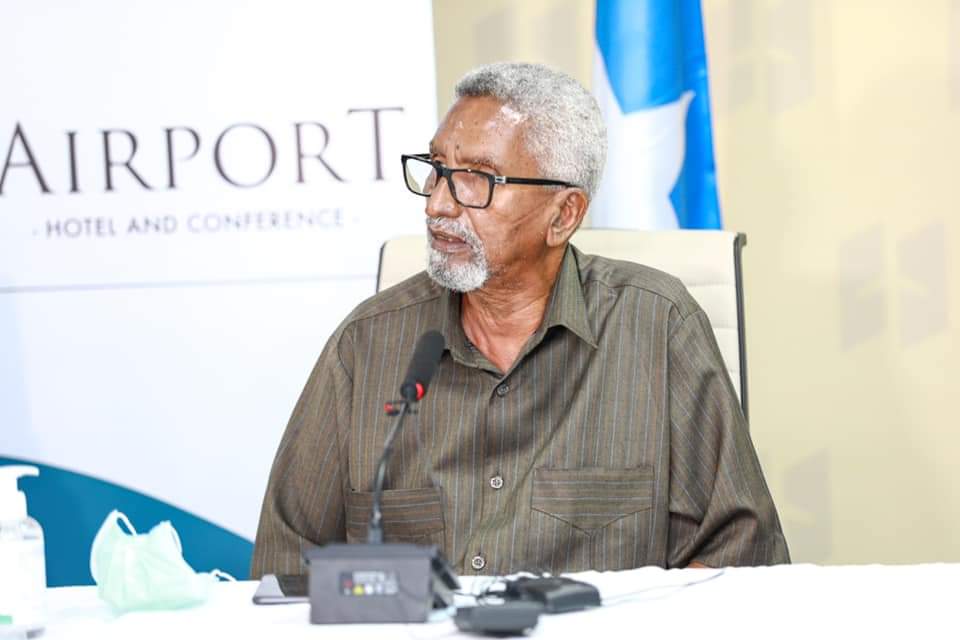 Abdi Hashi, representing no one but himself, always claimed that to select ‘MPs’ to represent a more stable, more democratic Republic of Somaliland to the north, was his sole prerogative.

Hashi chose to ignore that neither he nor any of the other Somaliland-born members of the government and the parliament had a right to such a claim since they were picked off from Mogadishu streets as cosmetic icing for Villa Somalia’s unsubstantiated claims over Somaliland jurisdiction. He and the rest are seen in Somaliland as economic refugees and political mercenaries working for the ‘enemy’.

To further cloud an already murky political landscape in Somalia the new SNC named a four-member leadership team to be headed by Senate Speaker Abdi Hashi. Other members are the Jubaland leader, Ahmed Madobe, Said Abdullahi Deni of Puntland and Sharif Sheikh Ahmed of the Candidates’ Union and a former President of Somalia.

By doing so, the SNA – which formerly portrayed itself as a neutral body as regards Somaliland aspirations – virtually turned itself as another virulent foe of the Republic of Somaliland which is not a signatory to the Somalia federal constitution – and a more dangerous one in many regards to the out-going, interim President, Mohamed Farmajo – a sworn detractor of everything good for Somaliland.

The new council brings together, besides the controversial, fake Somaliland council, Puntland and Jubaland federal member states, and the Council of the Presidential Candidates’ Union.

The SNA, ostensibly, wishes to lead Somalia to an egalitarian share of power through – what they call – a free and fair election.

Somalia has been in limbo since the mandated term of the incumbent government expired on February 8 this year following a failure of an electoral map key stakeholders reached on 17 September last year.

The CPCU withdrew its recognition of the reigning government since then declaring it illegitimate as it overstayed its elected lifespan.

The SNA argues in a statement it released today that the new political matrix will political ensure free fair elections, safeguard national unity and sustain gains made this far, and will further make sure a transformation to secure political stability – among other concerns.

“The formation of the National Salvation Council is another step towards holding free, fair and acceptable elections in the country,” Ahmed Sheikh Mohamed Islam ‘Madobe’, president of the Jubaland state, stated.

Sheikh Sharif Ahmed, a former President of Somalia and a leading figure of the CPCU, states that their ‘aim is to work towards free, fair and peaceful elections and preventing the country from entering a state of failure’.

Just ahead of a meeting that is already running out of steam despite an international partners’ push led by the UN SRSG, James Swan, and the US Ambassador, Donald Yamamoto, the formation of the new coalition bodes ill for a quick settlement of Somalia’s recurring political squabbling.

The United Nation’s Security Council has recently raised concerns about the uncertain political situation in Somalia and how it adversely affected security which greatly destabilized its economy and social life, too. 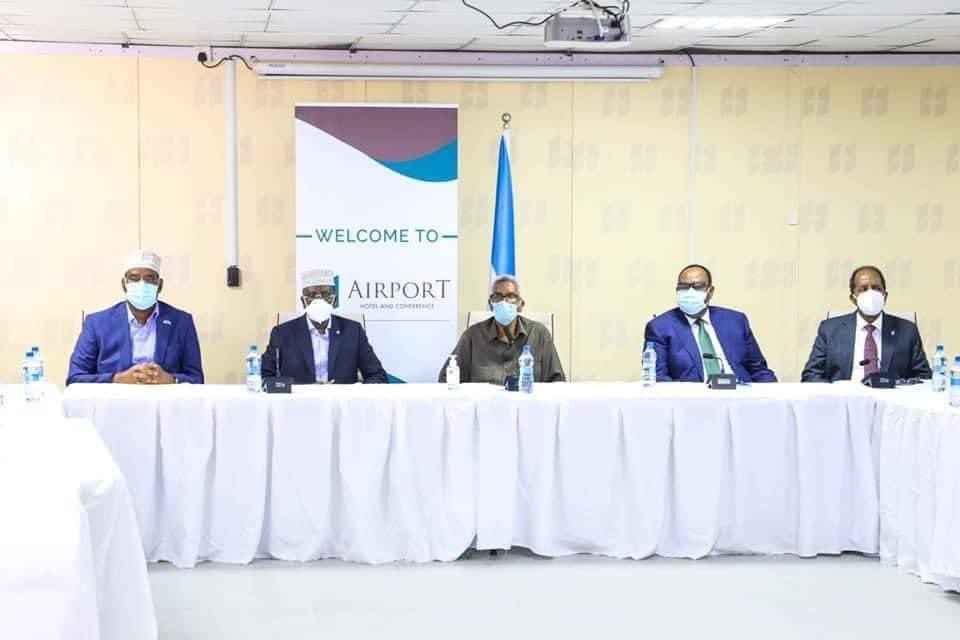 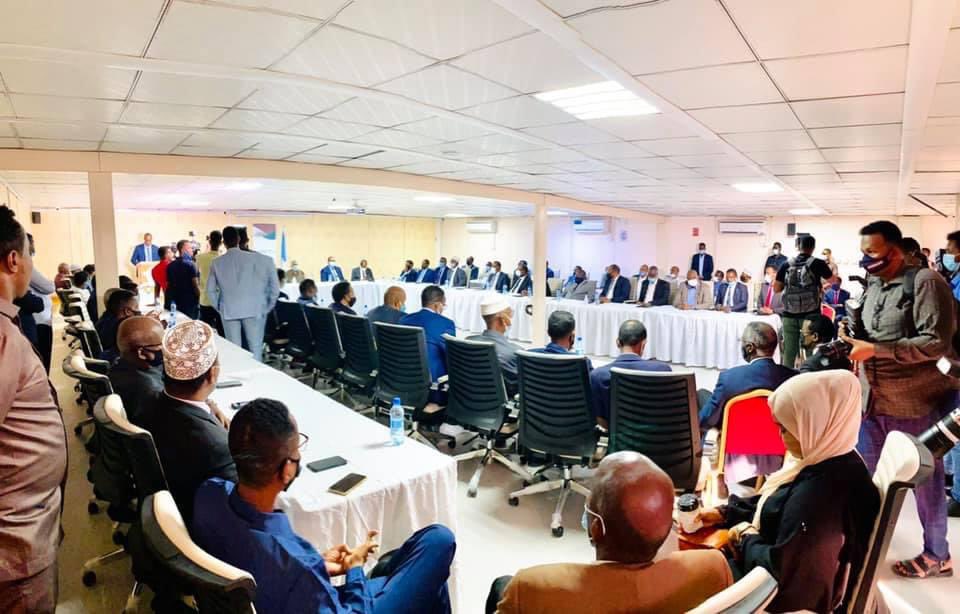 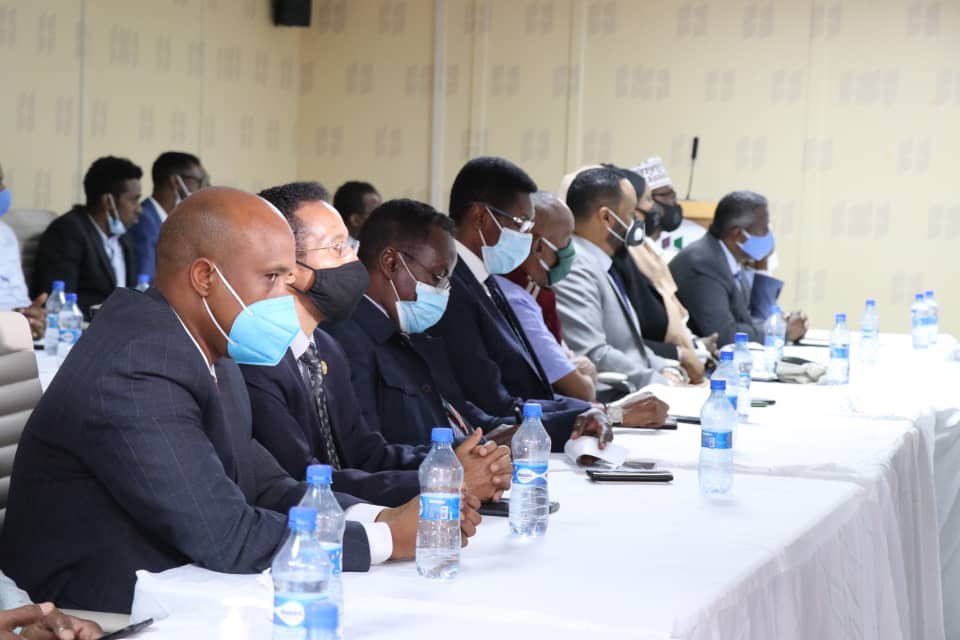 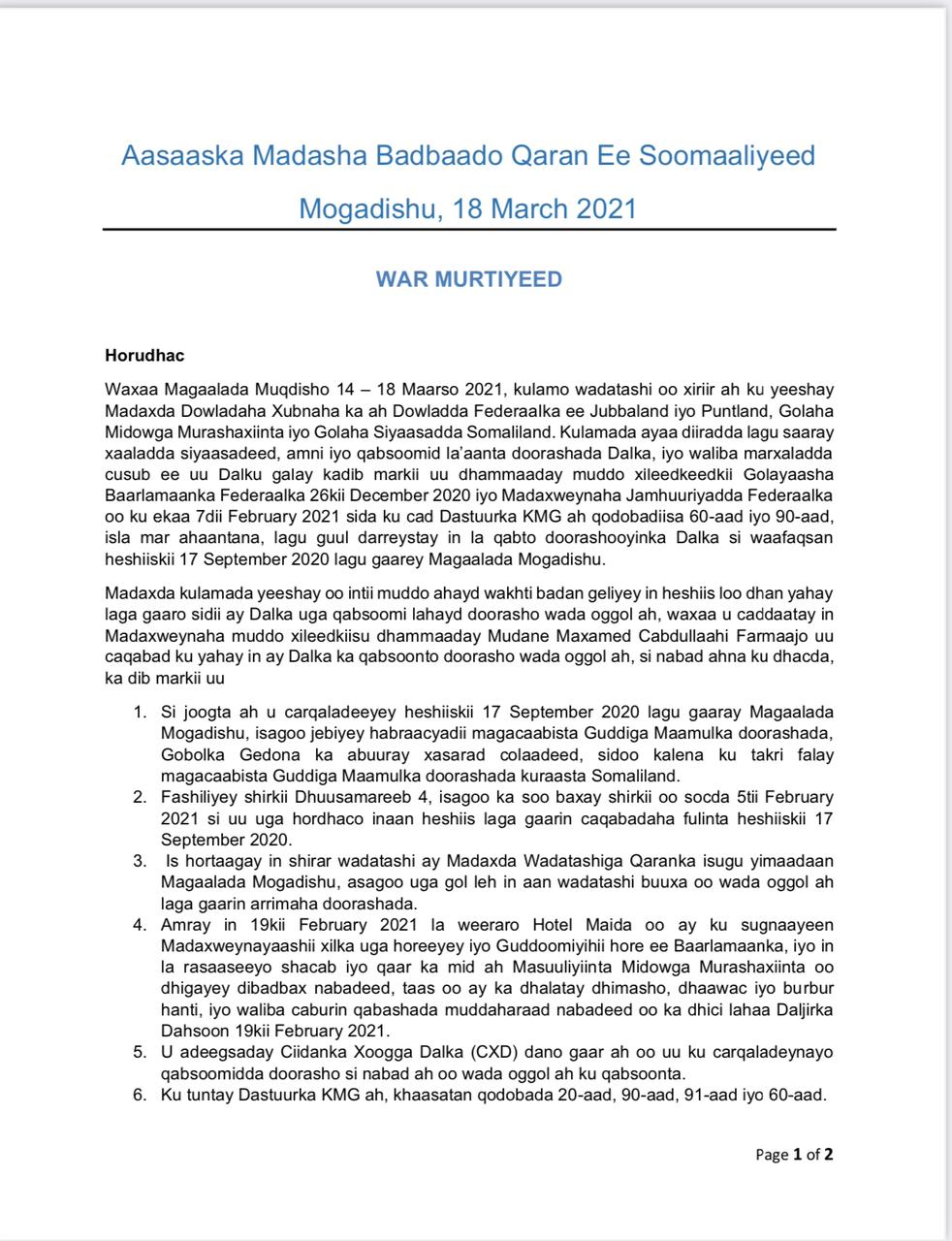 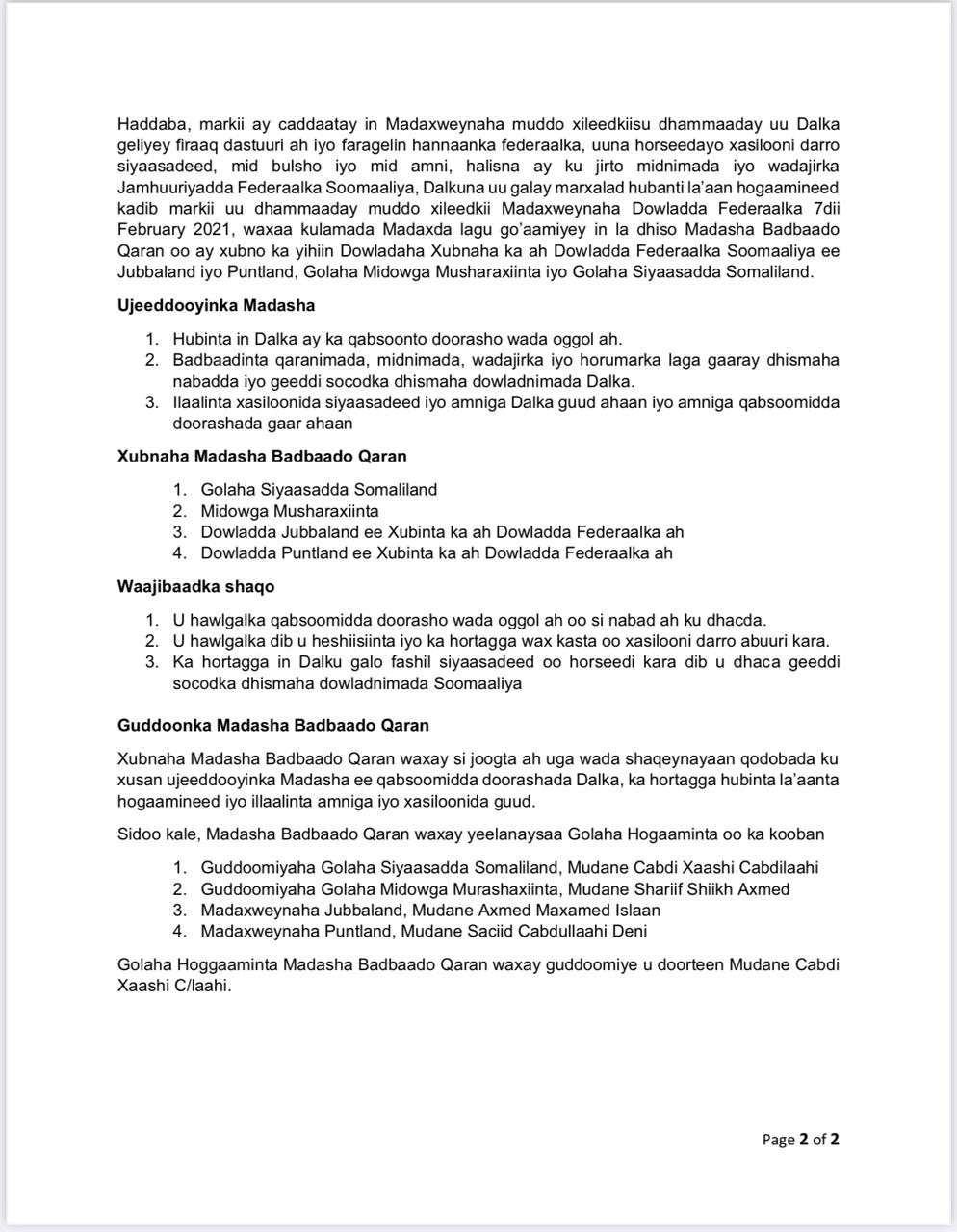