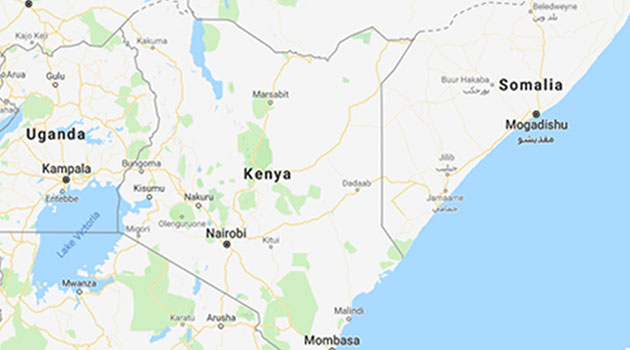 Kenya on Friday sent a protest letter to Somalia over the persisting maritime dispute, after the International Court of Justice ruled the case will proceed despite Nairobi opting out.

Kenya wrote to the court last week, saying it will not take part in the maritime dispute case that kicked off on Monday.

And in a heavily worded statement to Somalia, the Ministry of Foreign Affairs decried bias in how the case has been handled, saying some influential forces with commercial interests were up to exploit the fragility of the region.

The case, the Ministry of Foreign Affairs said, has the potential of destabilizing the region further, while accusing Somalia of having expansionist agenda, despite the existence of an existing maritime boundary that was established in 1979.

“The Government and People of Kenya feel betrayed that Somalia had brought the case before the ICJ after repudiating a maritime boundary that it had consented to for over 35 years. Somalia has incited hostility against Kenya, and actively contributed to the climate that encourages attacks against Kenyan civilians and against Kenyan forces in Somalia and even threatening their ability to continue to support AMISOM. Somalia has also undermined the fundamental need for stability and predictability of boundaries among States,” reads the statement.

“It (the dispute) has provided the court with a comprehensive background to Kenya – Somalia relations underscoring Kenya’s long-held commitment to peaceful and friendly relations despite Somalia’s intransigence and territorial ambitions against Kenya. It is indisputable that the Government and people of Kenya have made great sacrifices for their Somali neighbours,” the statement said.

Kenya said it had informed the Court that any insistence on its participation in the proceedings, will defeat the country’s right to a fair hearing.

While pushing for an out of court settlement, Kenya said Somalia must first normalize bilateral relations, as a non-negotiable condition for further talks on the maritime dispute to be held.

The tension between the two countries has persisted with ripple effects on the ordinary citizens traders, particularly at the border points.

Kenya specifically feels betrayed for her efforts to stabilize Somalia, in a war against Al-Shabaab terror group, that has resulted to massive loss of lives among security personnel and innocent civilians.

“Somalia has to normalize its relations with Kenya before it can engage on any platform anywhere in the world with any person and or agent of Kenya through any proxy,” the Ministry of Foreign Affairs said.

Other than citing bias, Kenya said it did not have enough time to prepare for the case due to the COVID-19 pandemic that struck the country in March 2020.

“Kenya’s concerns have also been exacerbated by previous decisions taken by the Court which has created a perception of unfairness and injustice towards Kenya including amendment by the Court to its rules to allow for hearings to be conducted via video link without consultation of member states prior to the issuance of the hearing dates for this case. Kenya has consistently communicated to the Court its reasons for seeking a deferment of the case including the COVID-19 pandemic conditions that hampered Kenya’s ability to prepare adequately for the hearing,” Kenya submitted in a statement.

“Kenya also noted that the composition of the membership of the bench conducting the case reinforced concerns of bias, citing the case of Somali Citizen, Judge Abdulqawi Yusuf, who sits on the ICJ and who has previously represented Somalia at the Third United Nations Conference on the law of the sea.”