SomTribune
Home World News/International Conflict/Crime The world has a Vested Interest in Somalia. Will it Act to... 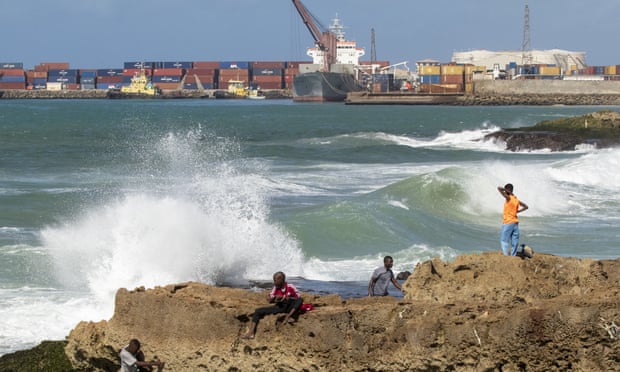 Starvation, al-Shabaab and postponed elections have made the country a ready gun. If the trigger is pulled, global trade is at risk

Frantz Fanon once quipped: “Africa is shaped like a revolver, and Congo is the trigger.”

More than 60 years later, I think the French philosopher’s assessment is only half true. It leaves out Somalia – which once held the crown as the “Switzerland of Africa”, but is now again on the verge of political disintegration.

To use a trigger, one must first ready the gun. Perhaps that was where Fanon should have added Somalia to his observation.

One of the reasons for Somalia’s pivotal role is its location. On one of the world’s busiest shipping routes, the locus of the Horn of Africa, Somalia (Somaliland) lies on the Gulf of Aden, which, through the Bab-el-Mandeb and then the Red Sea, connects Europe and North America to east Africa, Asia and the Middle East. To avoid the Gulf of Aden would mean taking all imports and exports to and from the Middle East – including energy supplies – around the entire African continent to reach European and US markets.

The battle to pick up the greasy reins of a much beaten-down Somalia has resumed in winner-takes-all fashion. After the country’s 2021 presidential and parliamentary election was once again “postponed”, the obvious and important question is whose fingers will be in charge of the safety catch this time?

Will it still be those of western-backed President Mohamed Abdullahi Mohamed? Some influential clan leaders, including leaders of several federal states, do not want to see him re-elected.

Or, worse, could the al-Qaida franchise al-Shabaab capitalise on the ongoing electoral impasse to overrun the capital Mogadishu?

If the international community still cares at all about Somalia, which already lags behind much of Africa in economic, health and development indicators, it should scale up state-building quickly. Playing midwife to free and fair elections as a gradual path to enhancing accountability – after 30 years of military rule, civil war and a lack of functioning government – is paramount.

In 2017, the international community hammered out a unique clan-based electoral system for a country that the UN labelled “the world’s most corrupt nation”. It gave clan elders the power to handpick a 14,000-strong electorate, who in turn voted for 275 members of the lower house and 54 senators.

That election, which saw President Mohamed come to power, was described by the Mogadishu-based anti-corruption group, Marqaati, as “the most expensive vote-buying campaign in human history”. The election not only created conflict between Mohamed and clan leaders, who felt cheated, but also hampered the ability of Somalia’s population of 16 million to hold their president accountable.

Will the next election be a new vote-buying exercise, denying Somalis another opportunity to improve governance and confront their country’s myriad challenges, including the insecurity that has seen so many Somalis leave as refugees and had such a knock-on effect on the rest of the region?

History has shown, time and again, that an undemocratic Somalia is a danger to itself and to international commerce

History has shown, time and again, that an undemocratic Somalia is a danger to itself and to international commerce. It is worth remembering what happened in 1991, when Somalia collapsed and Somaliland declared independence. No one predicted the obliteration of Somalia’s socio-economic tissue, leading to a million people, including 300,000 children, starving to death.

Now, 30 years on, the devastating drought, arid rainy seasons, and other disasters and diseases caused by the climate emergency, have made Somalia even more fragile than it was then. According to UN statistics, more than 2 million Somalis are still displaced, and about 2.2 million Somalis are now at risk of starvation.

To this, add the havoc that coronavirus is wreaking on Somalis and the growing al-Shabaab violence, gathering pace all the time, as disaffected and hungry young men join its ranks. If Somalia is left to descend into a constitutional crisis – leaving the security threats unchecked as a result – what chance have Somalia’s people of bringing back their nation from the brink?

The international community has a vested interest in what happens here – in that shipping lane as well as in that ticking militant timebomb. All is not lost.

Somalia has made great progress in recent years. The diaspora and younger people are becoming active in rebuilding their country, and there have been two transitions of power which have passed off in relative peace.

Events on the ground provide the new US administration of President Biden, working with regional powers, a fresh opportunity to side with Somali people fighting for free and fair elections.

But will the US and other world leaders seize the moment and side with Somalis instead of their corrupt leaders? The battle-weary people of Somalia don’t need any more triggers.