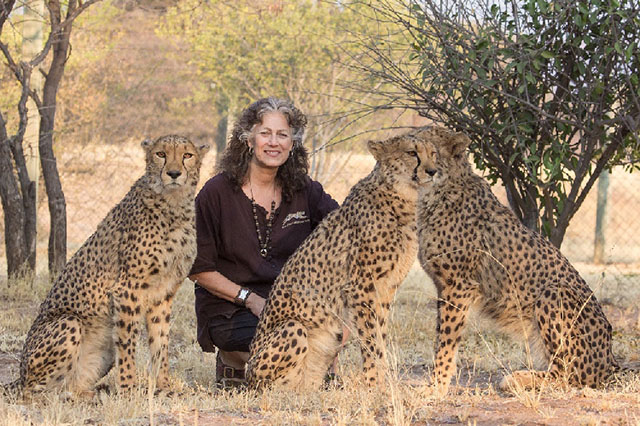 THE Cheetah Conservation Fund (CCF) recently conducted two training sessions for veterinarians in Somaliland and the Somali regional area of Ethiopia to equip them with skills to treat cheetah cubs.

In a statement, CCF said most of the participants represented the regions of Somaliland where the country’s ministry of environment – a partner of the CCF – has either confiscated cubs caught in illegal wildlife trade or rescued from conflict situations in farming areas.

The veterinarians were also taught about laws in Somaliland forbidding poaching and trade, the importance of keeping cheetahs in the wild and the need to promote conservation of wildlife at community level.

The sessions were held at CCF’s facilities in Hargeisa and led by CCF founder and executive director Laurie Marker.

The goal of the two training sessions was to develop a network of veterinarians trained in cheetah care on both sides of the Ethiopia-Somaliland border in areas where illegal trade and conflict are known to occur.

The project was funded by the UK government through the Illegal Wildlife Trade Challenge and implemented by CCF, the International Fund for Animal Welfare (IFAW) and Legal Atlas.

IFAW also provided co-funding for the training, which was organised within the framework of the Illegal Intelligence/Cheetah Illicit Trade project – an initiative to combat cheetah trafficking.

Founded in 1990 and headquartered in Namibia, CCF is a global leader in research and conservation of cheetahs and dedicated to saving cheetahs in the wild.